'People have to understand what harm is': SASC, SVPRO advocate better education on sexual violence following reports at Western 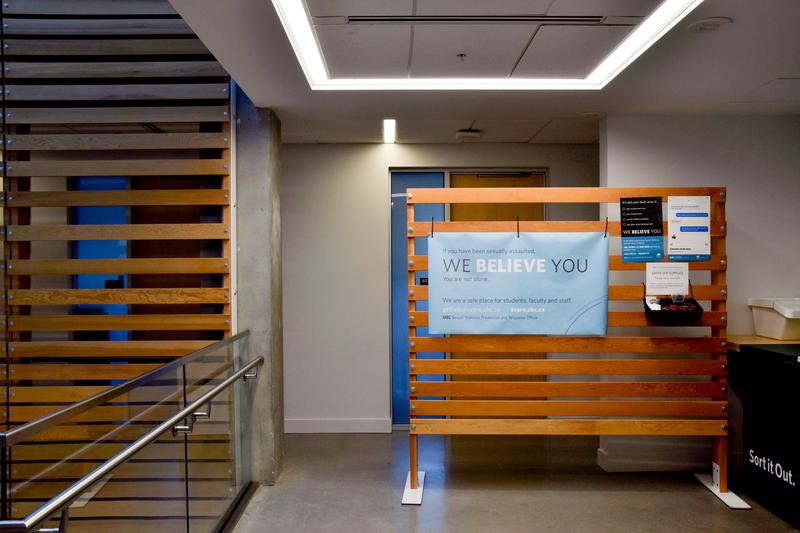 Four cases of sexual assault reported at Western University have raised concerns about the safety of university campuses in the first weeks back after online schooling.

UBC itself has not seen any such public reports since the start of classes, but both the AMS’s Sexual Assault Support Centre and UBC’s Sexual Violence Prevention Office are aware of the risks on campus right now.

Alicia Oeser, director of the Sexual Violence Prevention & Response Office (SVPRO) said that SVPRO has introduced mandatory modules against sexual violence for athletes to complete this year, but clarified that it was not because athletes are associated with a high risk of perpetration.

Over the summer, three former football players were charged with sexual assault.

Along with athletes, Oeser said SVPRO has also trained Campus Security to react to any reports of sexual violence and “talk[ed with them] about different myths around safety and violence, so that when they are considering somebody’s disclosure, they're not relying on the victim-blaming mythology,” she said.

Oeser also said that similar modules were introduced on Canvas, but weren’t made mandatory for all students, as Oeser believes forced learning on this topic isn’t helpful.

The modules discuss sexual violence, importance of consent and things to look out for while hosting parties.

Aashna Josh, manager of the Sexual Assault Support Centre (SASC), and Oeser spoke of the role students can play in preventing sexual violence within their groups.

Josh said that these little behaviors are likely indicators of people’s attitudes, which could change into actions — which is why it is vital that people interrupt.

“If you interrupt when you hear those things that are pretty low stakes, then it makes it less likely that that person who said that is going to engage in further harmful behavior. Recognizing opportunities for intervention starts much earlier than right before the moment sexual assault occurs,” Oeser said in an interview with The Ubyssey.

“[The SASC] provides spaces and opportunities for men to come and engage with some of the pieces around masculinity, the pieces that result in entitlement and decisions and choices to use sexualized violence and work through some of those toxic masculinity pieces to really address gender based violence at the root,” she said.

Oeser said that slowly but surely there will be a difference in people’s thought processes, and that “there will be fewer and fewer people left who think that this kind of behavior is okay.”