Vancouver is one of the unhappiest cities in Canada, study suggests 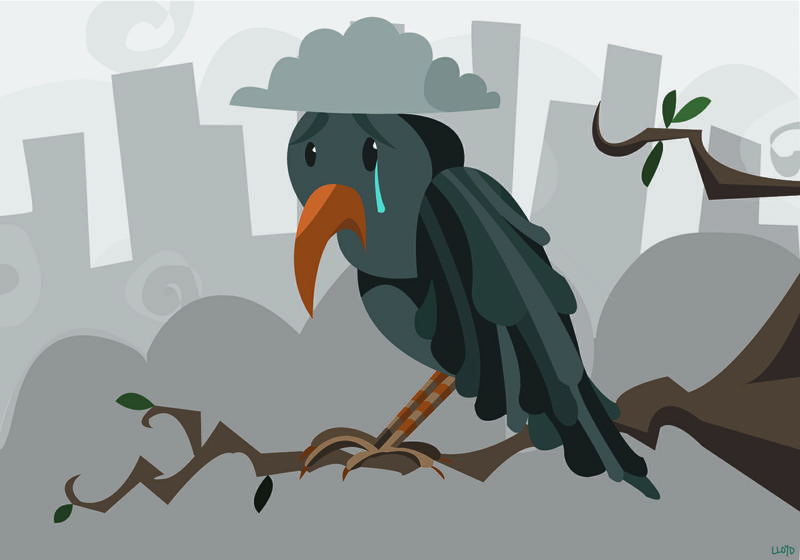 Despite being one of the unhappiest cities, aggregates within Vancouver range from the happiest to unhappiest quintiles. Claire Lloyd

A recent study conducted by researchers from UBC and McGill suggests that Vancouver is one of the unhappiest cities in Canada — but UBC itself might locate in one of the city’s happier neighbourhoods.

Entitled “How Happy Are Your Neighbours?”, the study used upwards of 400,000 observations from Statistics Canada’s Canadian Community Health Surveys and General Social Surveys, and examined 1,215 neighbourhoods in order to map the average ‘happiness’ by region across Canada.

Hugh Shiplett, co-author of the paper and PhD student at UBC’s Vancouver School of Economics, explained that the measured ‘happiness’ has “less to do with emotive momentary experiences and more to do with the way that individuals evaluate the quality of their own lives.”

The surveys would determine one’s satisfaction with life (SWL) on a scale from 0 to 10.

Canada’s SWL ranges from 8.33 in the happiest top 5 per cent to 7.7 in the unhappiest bottom 5 per cent of respondents. In an international context, this is quite high — but that half a point makes a real difference.

“When you take the worst possible and the best possible experience and put those on a scale from 0 to 10, all of a sudden one point either way is a meaningful difference,” said Shiplett. 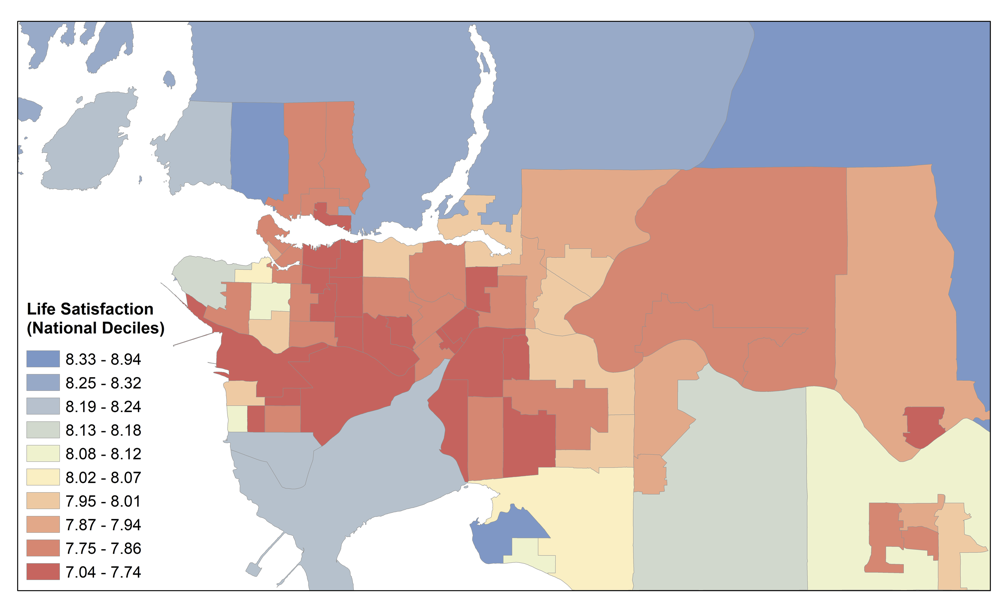 "How Happy Are Your Neighbours?" Hugh Shiplett

Despite being one of the unhappiest cities, aggregates within Vancouver range from the happiest to unhappiest quintiles.

UBC is situated in one of the happier regions within Vancouver. The unhappiest regions are along the Expo Line corridor, parts of Surrey and parts of the eastern metropolitan area.

The two most important factors that seem to contribute to one’s SWL are the quality of one’s social connections and social comparisons, according to Shiplett.

Social connections can be described as how close one feels to other people or like they belong to a group, whereas social comparisons are self evaluations of how one measures up to their peers. In the context of students, it’s not just about finding a good study group and getting good grades, it’s also about how well your grades compare to your peers and the class average.

It is important to keep in mind that these findings should be taken as correlative rather than causal.

“They’re illustrative, they’re descriptive and they can point to questions that are worth answering,” said Shiplett.

However, Shiplett also said that the study’s insights could help researchers understand the deeper reasons for unhappiness in urban areas in the future and remind the population that happiness differs wildly across neighbourhoods, classes and people.

“It’s worth taking away that even in a single city, people experience very different existences.”