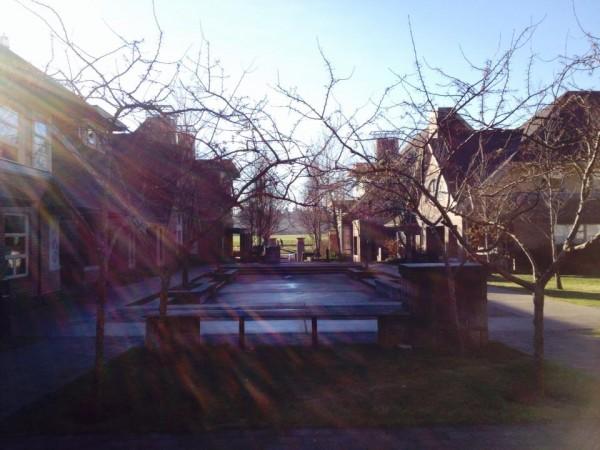 “We must recognize the power that these individuals hold within their organizations.” Clara Wright/CrossWorlds

After reading Max Holmes’s letter today in which he rejected the Inter-Fraternity Council’s (IFC) endorsement, we felt an overwhelming feeling of anger and sadness. The statements made by the IFC leadership are about their concerns of the image of their organizations and accommodations for those who are accused of sexual assault over supporting survivors and the systematic oppression that they face. Furthermore, the lack of acknowledgement of sexual assault within their community in the statement that the IFC released is extremely telling about their concerns.

Speaking as survivors ourselves, the lack of care for the safety and health of survivors is abhorrent. Many survivors of sexual assault do not come forward because of the backlash they face. It takes great courage for survivors to come forward, often they are blamed for their own assault and the focus is shifted to how the accusations negatively impact the accused instead of centering the trauma that the survivors experience. The IFC’s statement claims that what was said in their meeting was taken out of context and that they support survivors of sexual assault. If that is the case, why have there been silence and so little action within their community regarding claims of sexual assault? For example, there was the conviction of Mathew Aaron Shufelt in January, who plead guilty to sexual assaulting a female student in the Fraternity village, which the IFC remained silent about.

When given the chance to comment further, IFC President Jeriah Newman said in a Ubyssey article that Holmes’s post serves to further stigmatize fraternities and perpetuate negative stereotypes, and that fraternity men are not going to want to participate in dialogues about consent and sexual assault.

As sorority women, sexual assault is not a negative stereotype of the Greek community — it is a reality that influences our decisions when engaging with the community and is an issue that desperately needs to be attended to. In regards to the engagement of fraternity men in dialogues about consent and sexual assault, their participation should not be conditional. When discussing violence and oppression, it is not productive to privilege the comfort of allies over tackling issues of violence and oppression. This is not an attempt to make fraternity members feel guilty, but rather it should be a challenge to be uncomfortable with the truth about your position of power, safety and convenience.

While we recognize that not all members of UBC Fraternities support the views of the IFC, we must recognize the power that these individuals hold within their organizations and be aware of how these sentiments are systematically reproduced. We are not interested in arguing over how “a few bad apples” do not represent the whole community but rather looking for concrete ways that we can change the communities that we occupy and address systemic issues. Furthermore, it is essential that those of who are able and safe to do so do not remain silent on these issues. Silence is complicity — it allows for this type of violence to continue, while survivors never receive the justice they deserve.

Silken Handford-Perronet is a fifth-year student majoring in First Nations and Indigenous studies and gender, race, sexuality and social justice, and a member of the UBC sororities community.

Robyn Wilson is a fifth-year student majoring in geography and an alumna member of the UBC sororities community.