99 things to do at UBC: Stealing Santa's bowtie is no easy feat 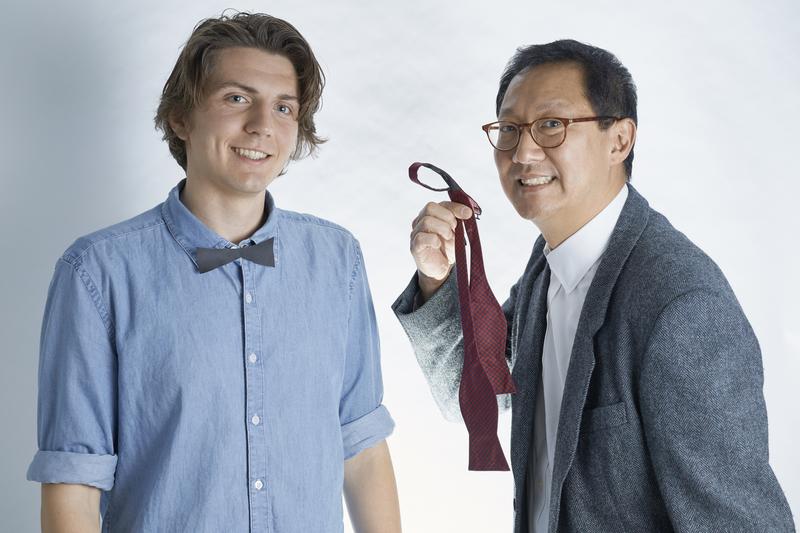 As you may know, Santa Ono is the president of our university. Setting up the meeting was disconcerting: his people kept using terms like “request an audience” and referred to him solely as “He Who Wears the Bowtie.” When we finally got the confirmation email about our meeting, the email ended with a sentence in, what our linguistic experts think is, ancient Sumerian.

The day of the meeting was strange from the moment I woke up. Walking out of my house that morning, an auto-cannibalising fox whispered, “chaos reigns” to me from the shadows. On a similar note, the bus was at least 15 minutes late.

About 10 minutes before Ono was to arrive, the entire sky clouded over, and it started to rain. First it was just a light drizzle — but it soon turned torrential. The rain almost looked red from inside the Nest, which is kind of weird, but it was probably just my eyes messing with me.

I remember feeling a sharp shiver up my spine, and then moments later Ono was at the door of the office.

Now I only had a certain amount of time with Ono, but he seemed to just sort of go off the rails.

He was obviously very excited to be here, but maybe too excited. Within one minute of being in the office he had lapped the place about four times and had spoken to all twelve people present; covering each one’s childhood, university experience and plans after graduating. I was able to wrangle him and take this quick photo. 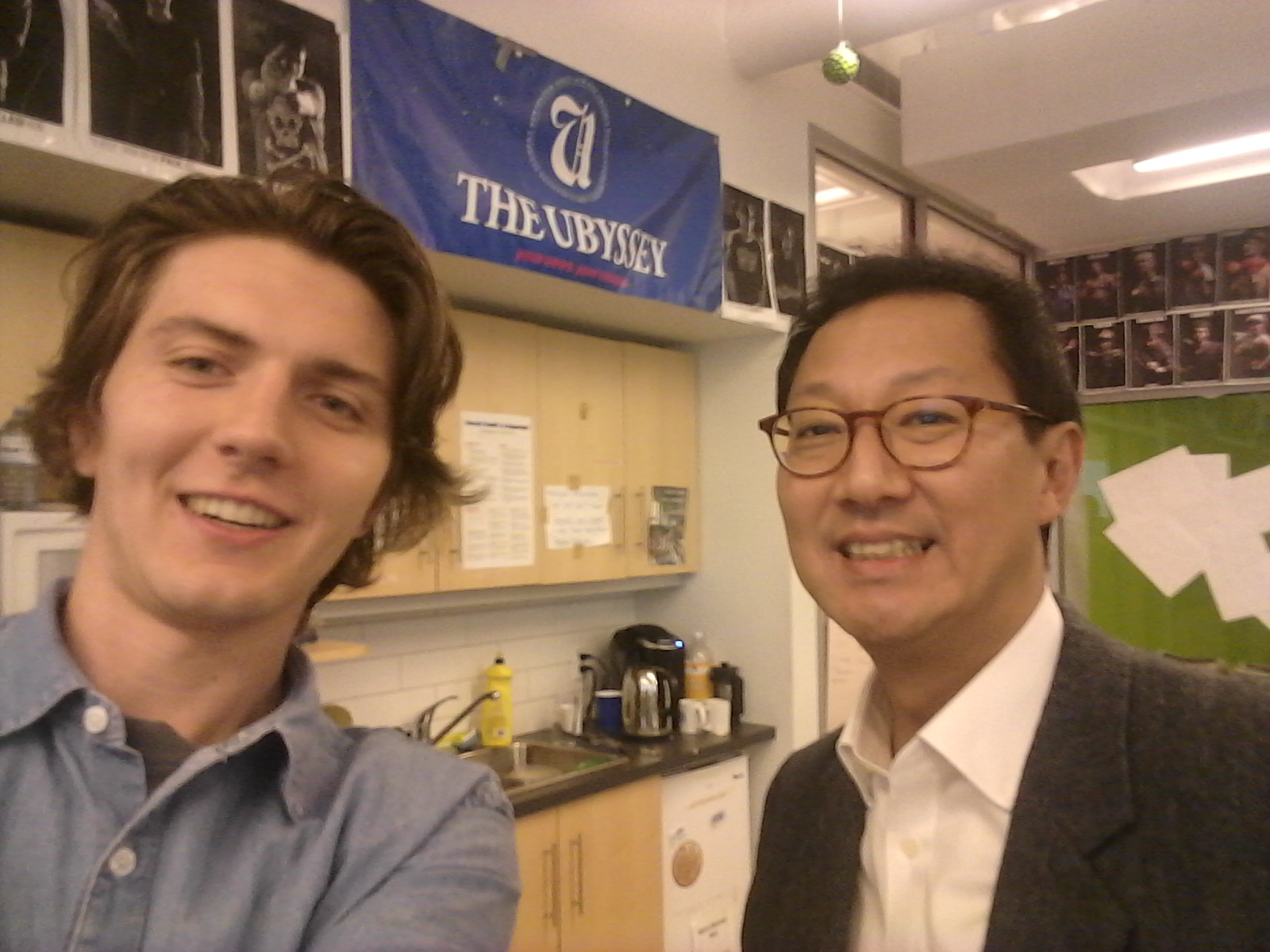 This was the most important thing about this meeting. We had constructed a large plan that involved a trapdoor, a fake chef and a burlap sack, but this was apparently the only time in history that Ono decided to not wear a bowtie. I had to improvise. I had to pull off the impossible: I had steal a bowtie from a man that’s not even wearing a bowtie. 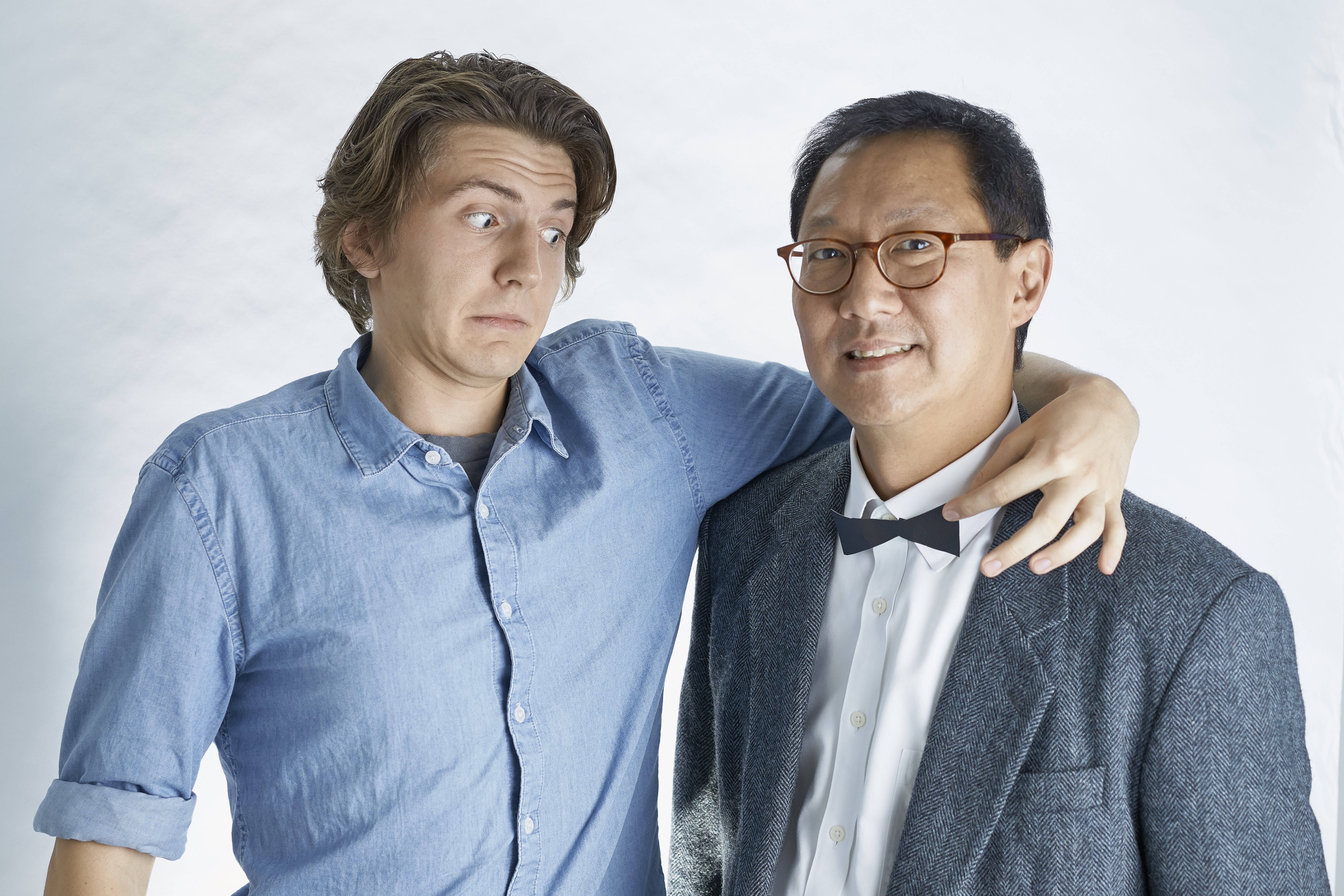 My mind was racing. Maybe I could do this as a philosophical exercise? Sort of a, “he’s not wearing one therefore I already stole it.” No, that’s a lame excuse. Maybe because the objective is to only “try” to steal his bowtie I’ve already done it! I mean I tried by setting up this meeting, so that likely counts right! Right?

By the time I had reached a conclusion, everyone, including Ono, was gone, and it was 11 at night.