Wondering what that nasty smell by university village is? Literal trash juice 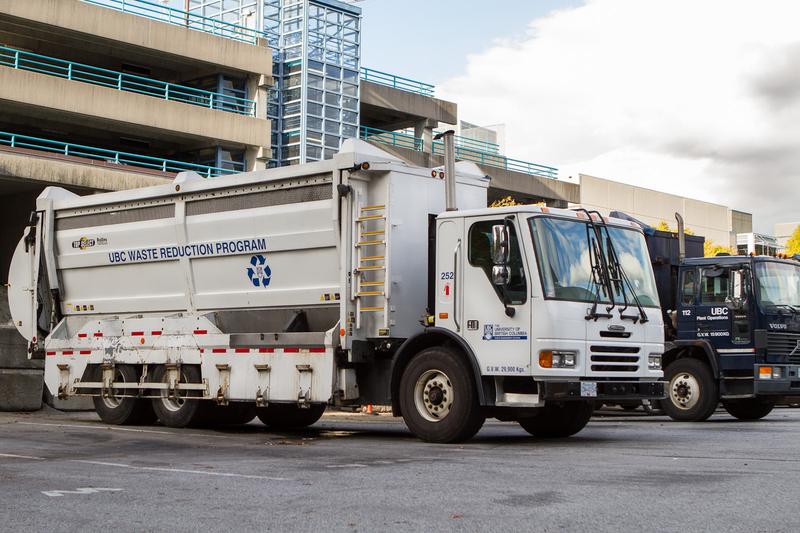 If you went for a walk near University Village yesterday, your nostrils were probably hit by a scent only marginally better than rotting fish dipped in vomit.

The Ubyssey followed our noses to the alleyway behind the International Food Court, where we found the source: a huge puddle of leachate.

Unless you’re a professional garbage waste manager or a piece of trash yourself, you’ve likely only ever known of leachate as “trash juice.” It’s a satanic cocktail of decomposing organic waste and garbage slowly molded away by rainwater, spread out in the hot sun and set to 20 degrees Celsius until it reeks like Beelzebub’s bathroom.

In this case, the leachate smelt so foul that we were able to smell it all the way from outside Mahoney’s Pub, about 350 metres from the offending puddle.

Our review: Reddish texture (very active tanons), bouquet of rotting fish, ideal for after a meal (because you won’t be able to eat after you smell this), notes of sewage and expired Sriracha.

Building staff were not able to comment on the record — it turns out “why does this alleyway smell like ass?” isn’t a great opener. However, cleaning staff and management both pointed the finger at a Super Save garbage truck that passed through the alleyway yesterday morning.

Most industrial garbage trucks are equipped with a “leachate tank” that can fit up to hundreds of litres of fresh cold-press organic garbage juice at a time. Unfortunately, they also have a “seal” that can slip open when the truck is overloaded.

Why did this batch smell so damn fishy? No one’s to say. The most likely answer is that some schmuck threw a huge amount of already spoiled fish into the trash, which mixed with water to create the world’s worst zombie fish paste. That then leaked out of the truck and onto the alleyway, gradually assaulting our nostrils like a D-Day landing party.

Several bags full of rotting food product were also piled near a sewage drain, producing a smell that made even breathing difficult. Rainfall appeared to have worsened the situation by advancing molding.

If it’s unclear at this point, it did not smell good.