Faces of Movember: What does your moustache stand for?

For the month of Movember, many people grew out their facial hair for a variety of reasons. Whether it was to raise awareness about men's health or to show solidarity for a loved one, the students on campus have never looked better. Here are a few of the many men on campus who threw their razors to the wind for a whole month: 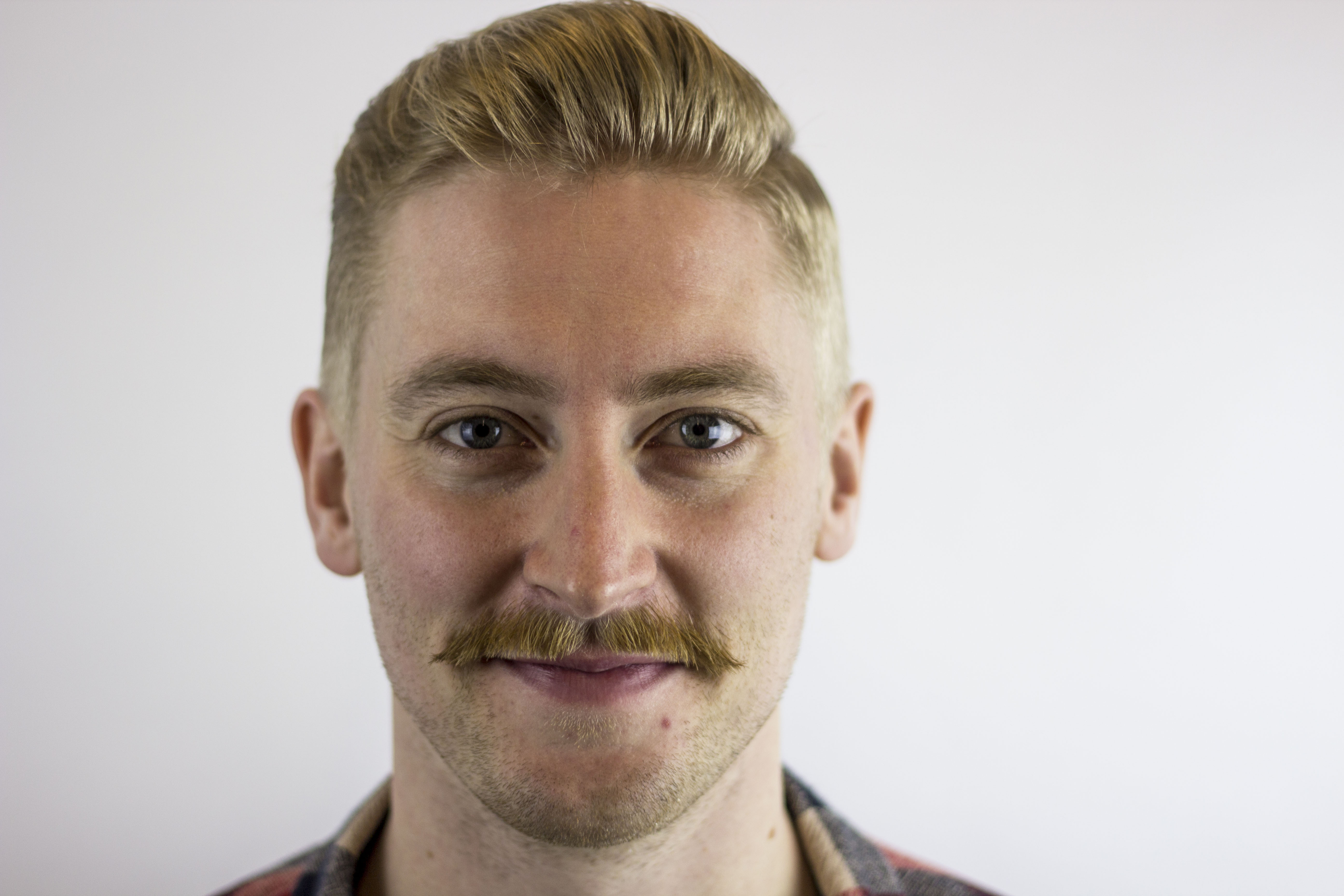 I feel that men have a really hard time talking about their weaknesses, especially in Western societies where we have the belief that as a man, you should not cry or say that you are sick or weak. That leads to problems like not getting yourself checked and not speaking out about your mental or physical state. I want to break down that whole macho barrier. You are a man because you can admit that you need help. I want to push that, especially on campus because university students are some of the most affected by these issues. 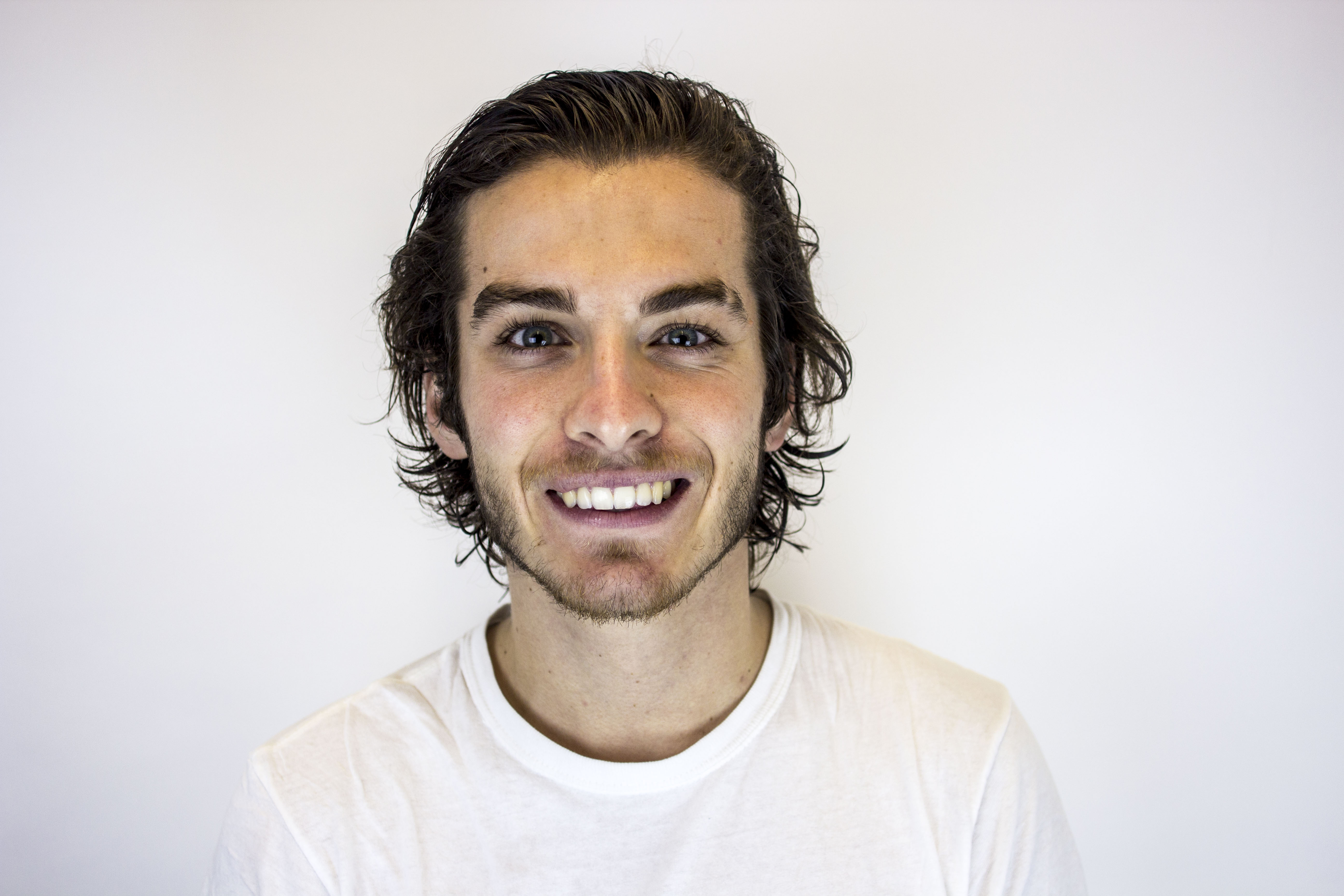 The first time I tried to do Movember was in high school, but I just thought that it was a month where men don’t shave. This time is my first time doing Movember for an actual reason. One of my friends recently got testicular cancer and it reminds us that the issue is never too far away. You never really know if you are going to get it or not. Everyone is vulnerable, so it’s important to raise that awareness and make sure that all of us are checking ourselves regularly. 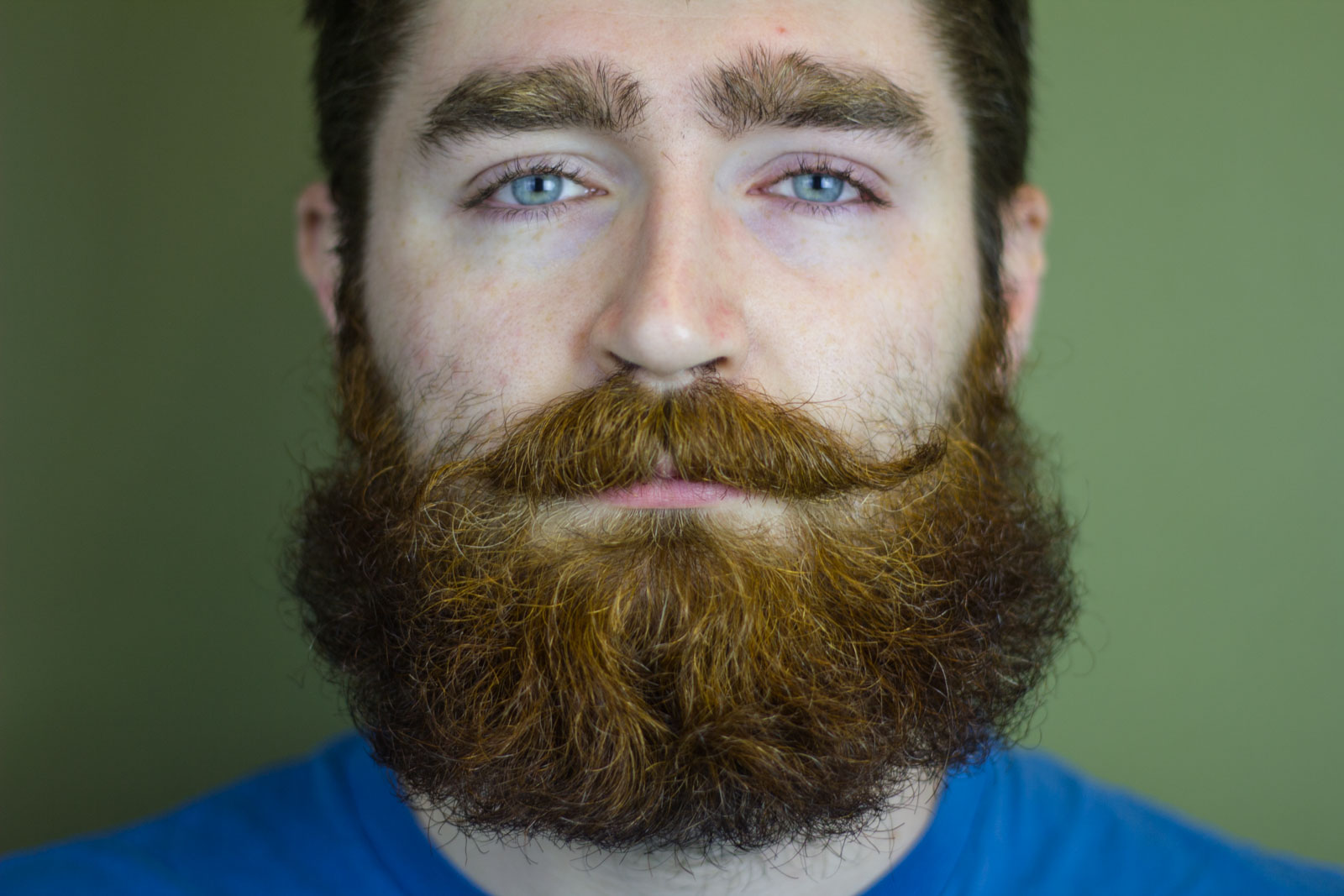 There’s not much care that goes into this. I wash my beard on occasion with shampoo, but it’s the same stuff that I use for my hair. I comb it on a reasonably regular basis and I sort of nervously fiddle with it. I also have moustache wax that I put in sometimes, which my girlfriend hates. 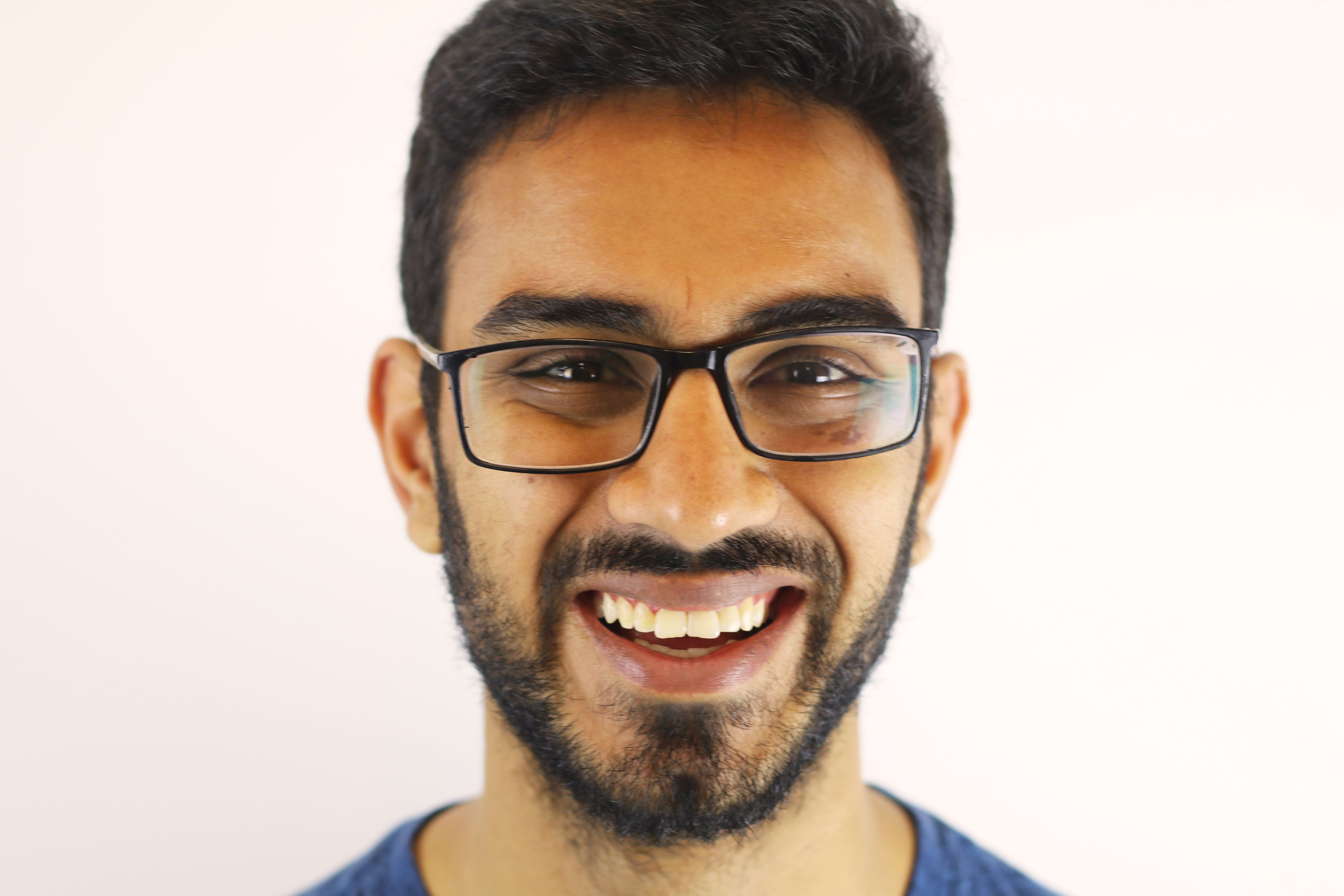 It’s my first time doing Movember, so I’m having a hard time keeping the beard. It itches a lot. Food also gets stuck in it, which is the worst. 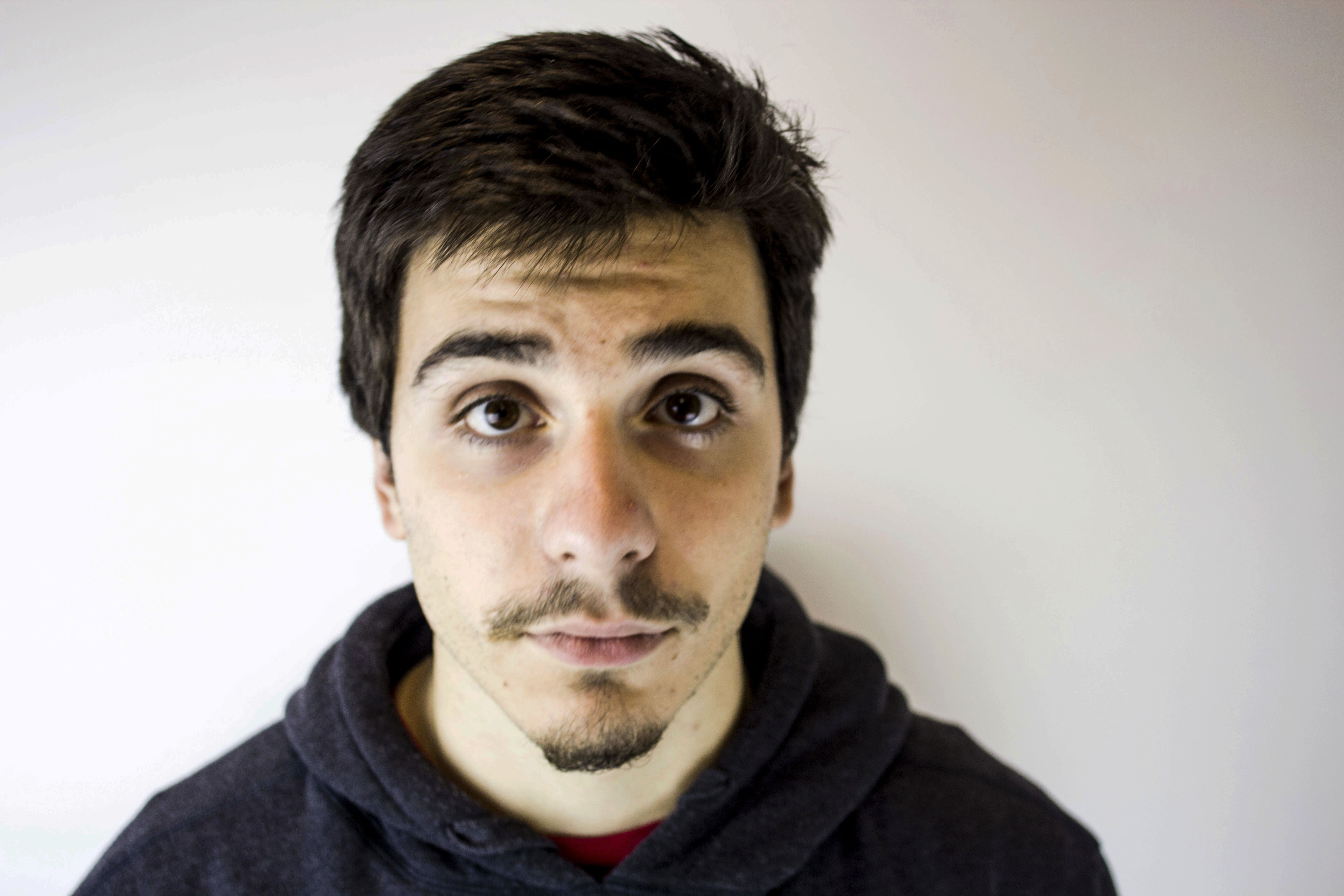 A close family member of mine suffers from prostate cancer and this is sort of the same goatee that he has. When I first heard about Movember in secondary school, it was just a bunch of celebrities who have moustaches. When it actually happens to you or someone close to you, you realize that there’s a whole reason behind this. You are now doing Movember to show a sign of solidarity and help them get through it. 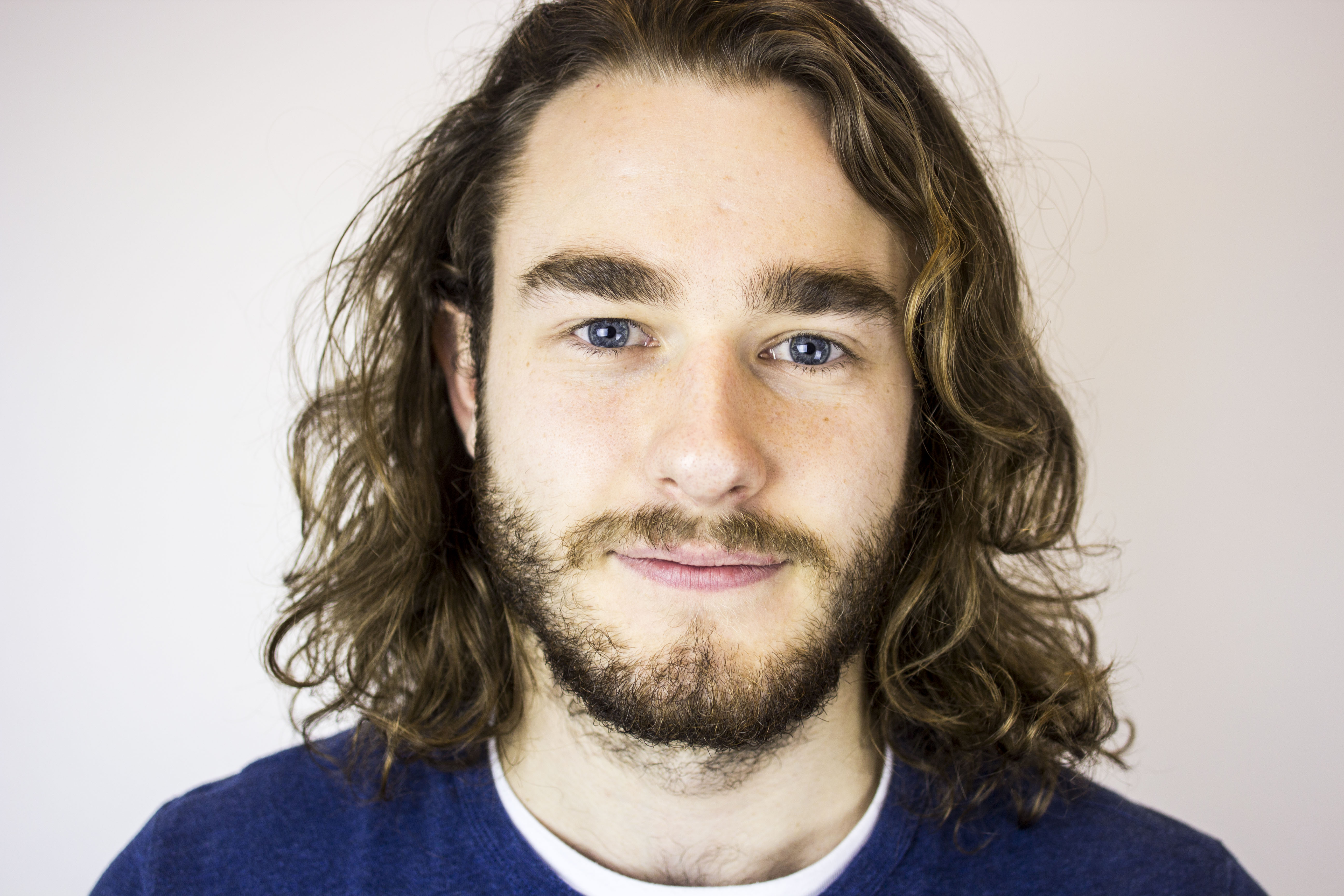 In Australia, everyone’s really silly about the moustache part. Over the last couple of days, I opened up the floor on Facebook on how to style my beard. I’m going to draw a raffle and someone can choose how I trim it. I could end up with sideburns, I could end up with a goatee, who knows. 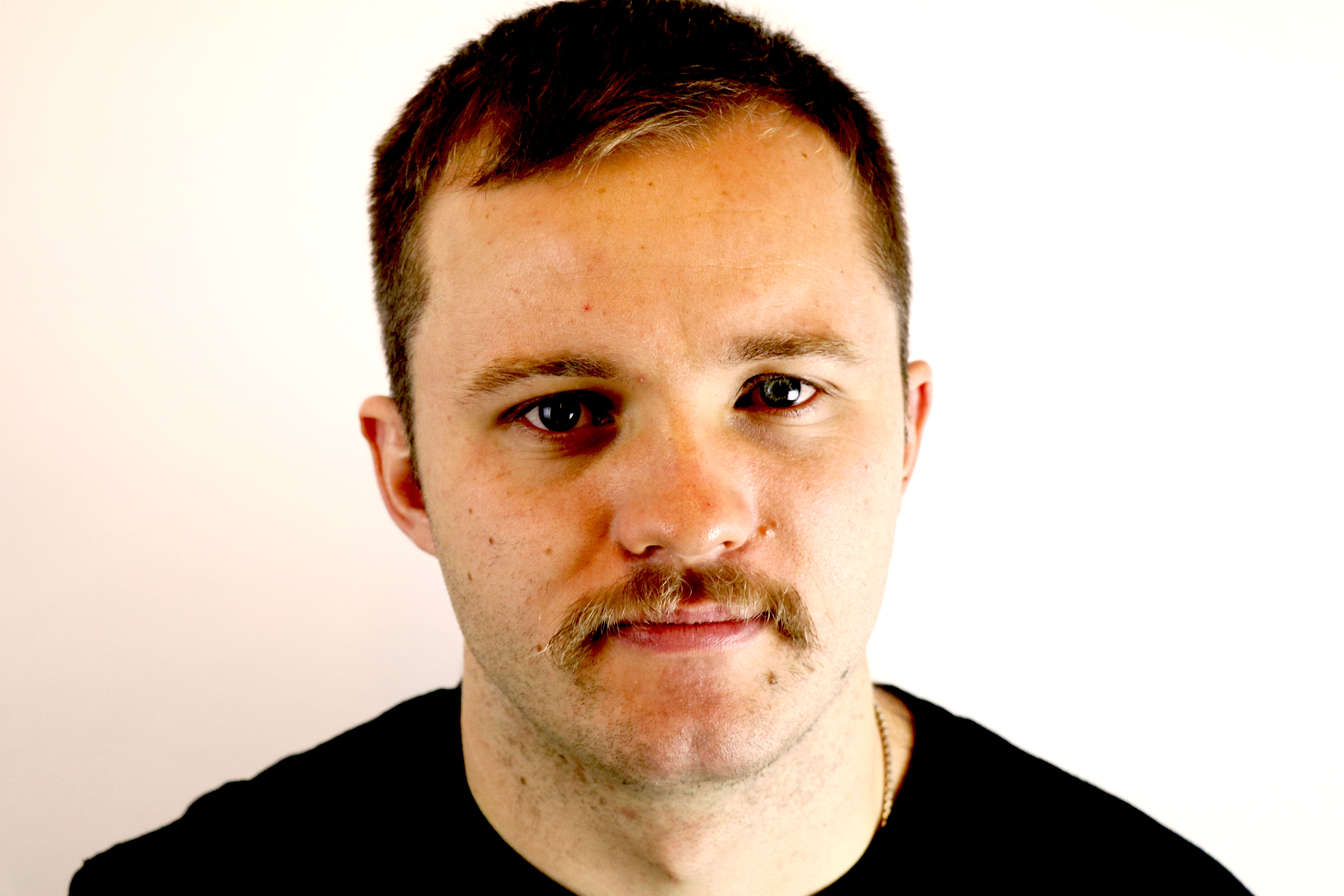 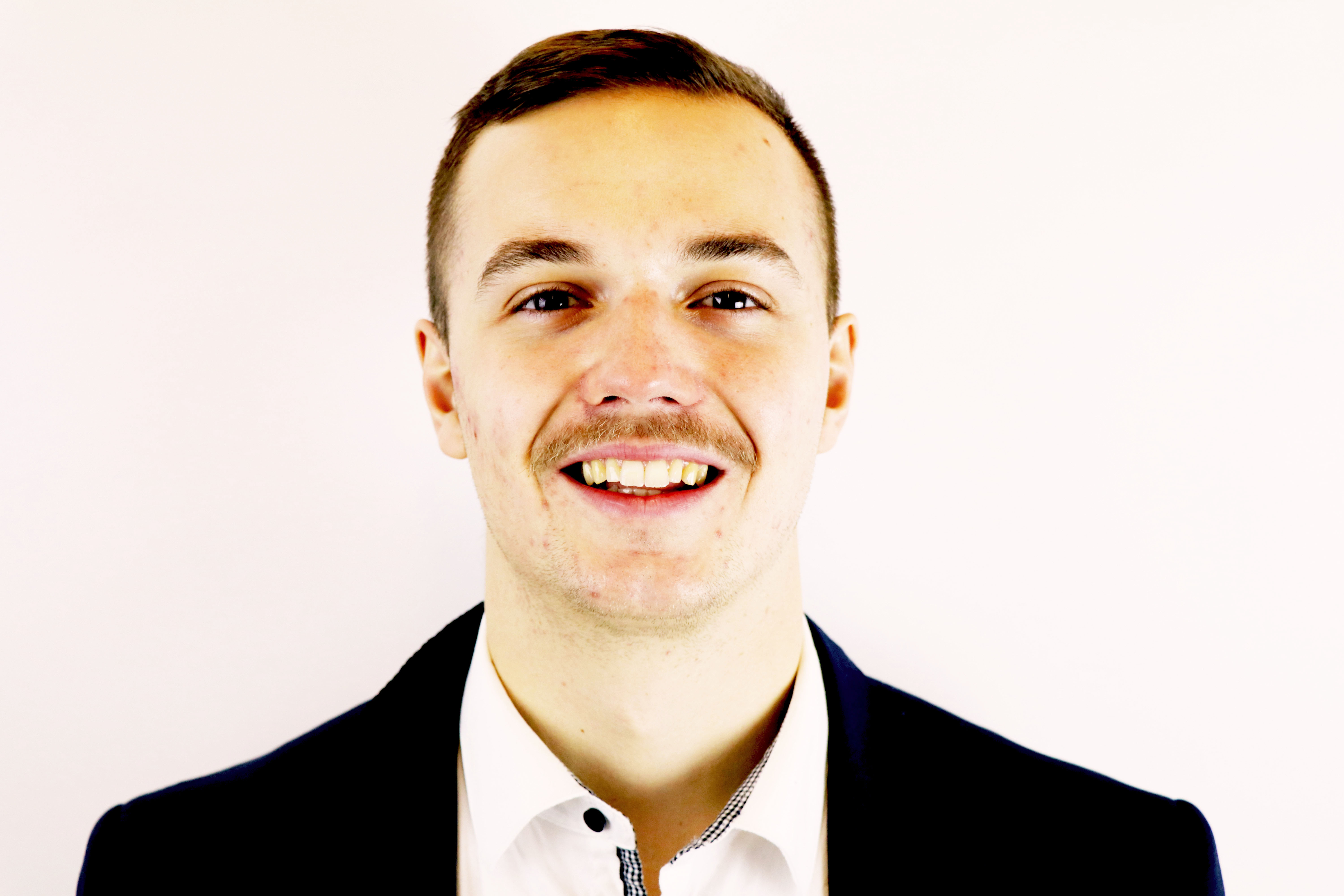 This is probably the fourth or fifth year I have done it. There are a lot of misconceptions about trying to be tough and hide what you are feeling. My grandfather passed away from cancer because he was stubborn and didn’t go see a doctor. By the time he found out, it was too late. The other reason I’m doing it is because of someone I was deeply affected by. He was 45 years old and a father of four. He came down with extreme dementia and passed away because of it, so I’m also raising awareness for mental health. 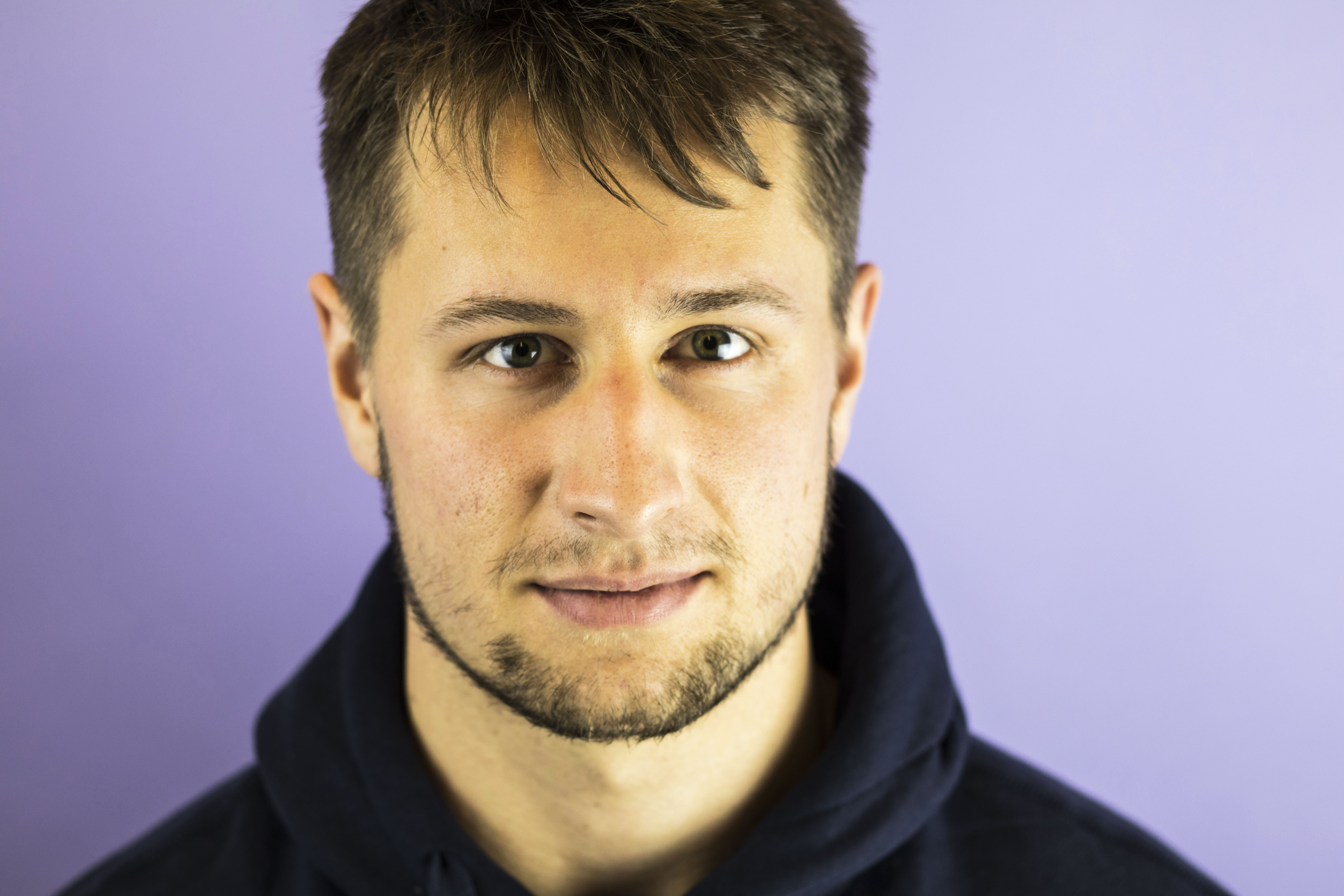 This is the fourth year. Since I could grow any kind of facial hair, it has always been a thing for me and my friends to raise awareness and funds for Movember. My friends have also been impacted so much by it. To the first-timer, I’d say document it well via a blog or a page. Document the progress at least twice a week or everyday, and continue to try to raise awareness through your social media about what you are doing. 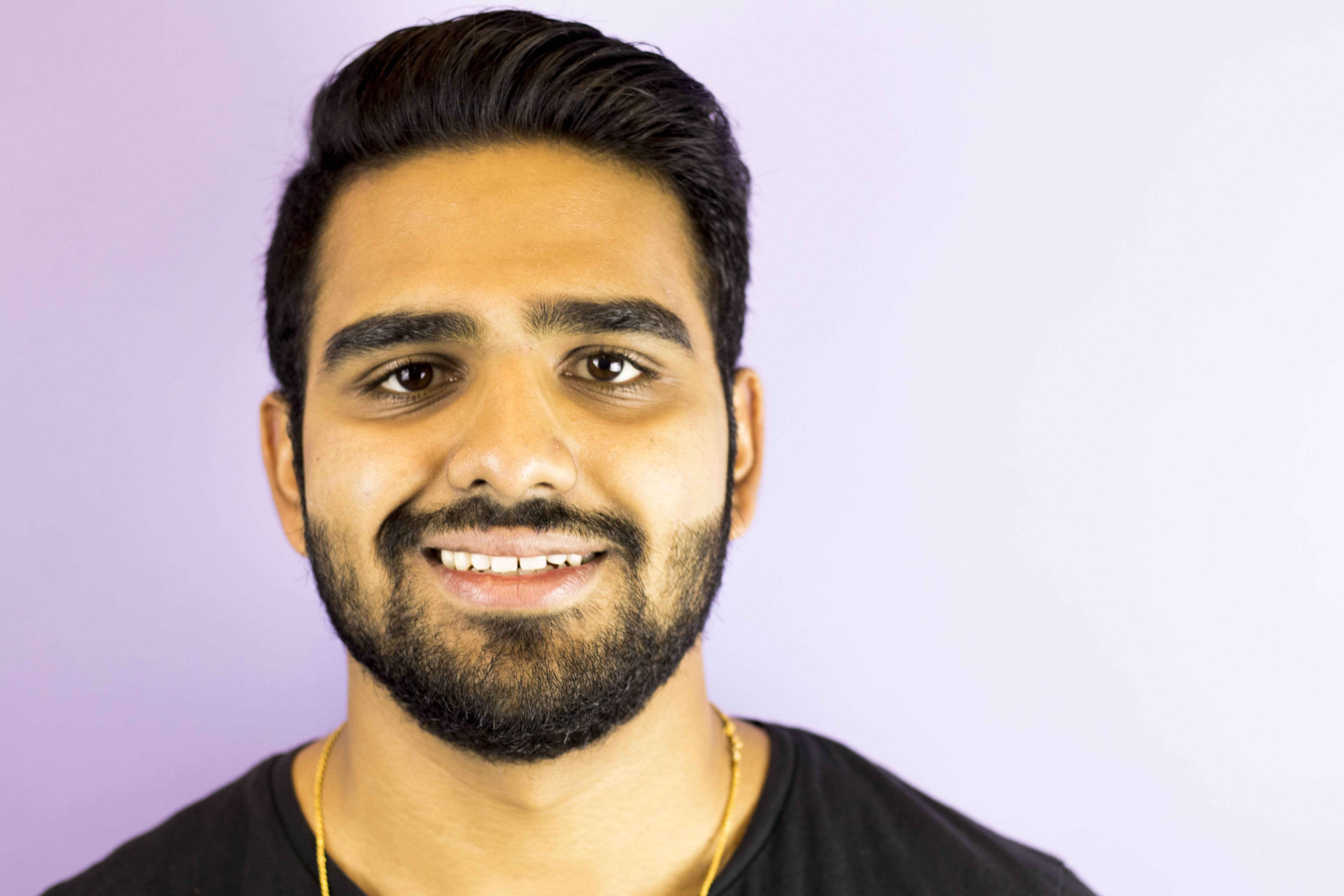 I’m the RA of Haida fourth in Totem Park. Movember is a great way to build brotherhood among the floor and a fun way to raise awareness of the issues that people are afraid to talk about. We had a day where we got together and made big posters about the issues. It’s about working as a team and seeing what we can accomplish together. 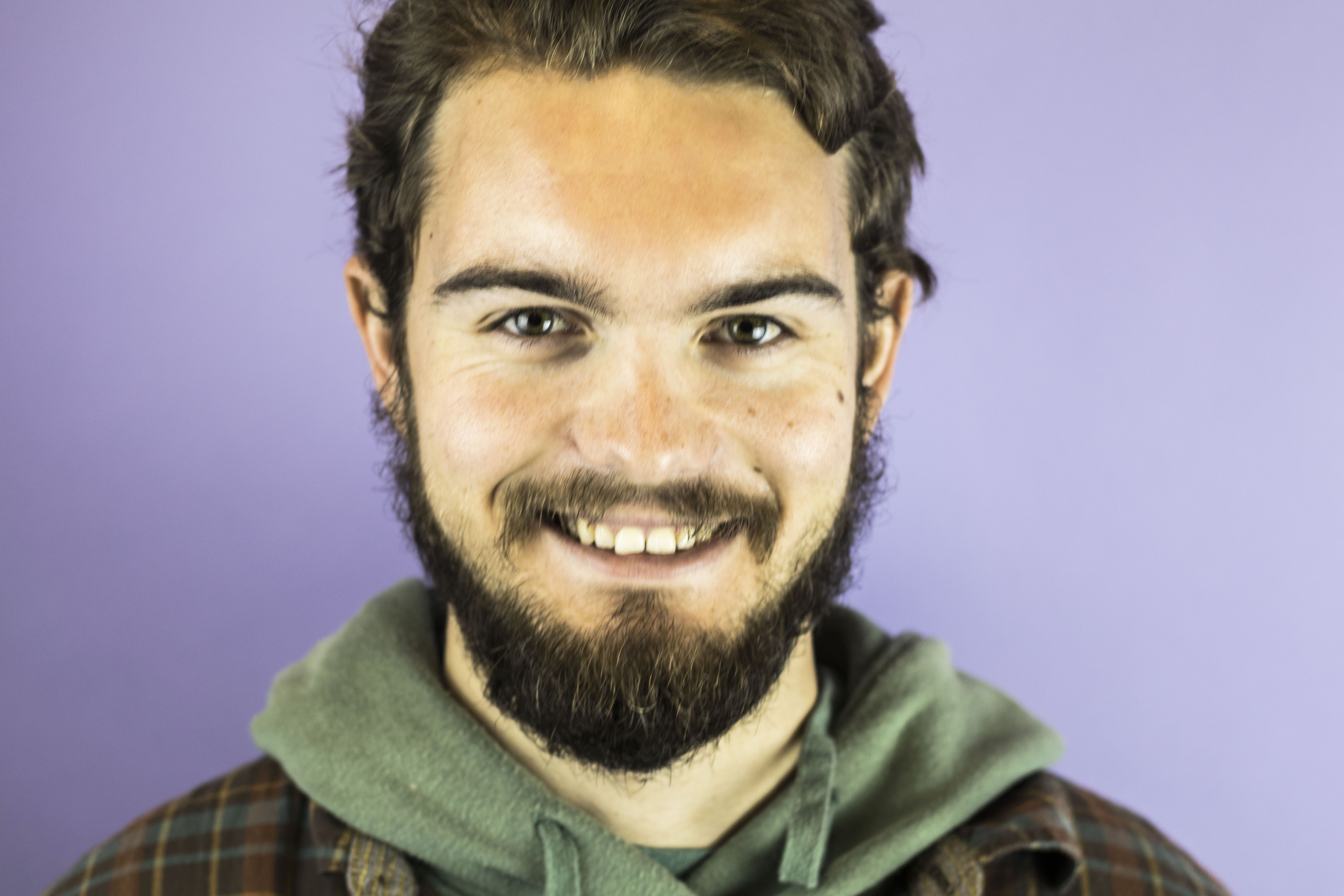 This is my second time doing it. Back home in Ontario, it’s more common to do moustaches, but it’s actually really fun doing a full beard out here. I’m bidding off my beard, so we’ll see what people decide. 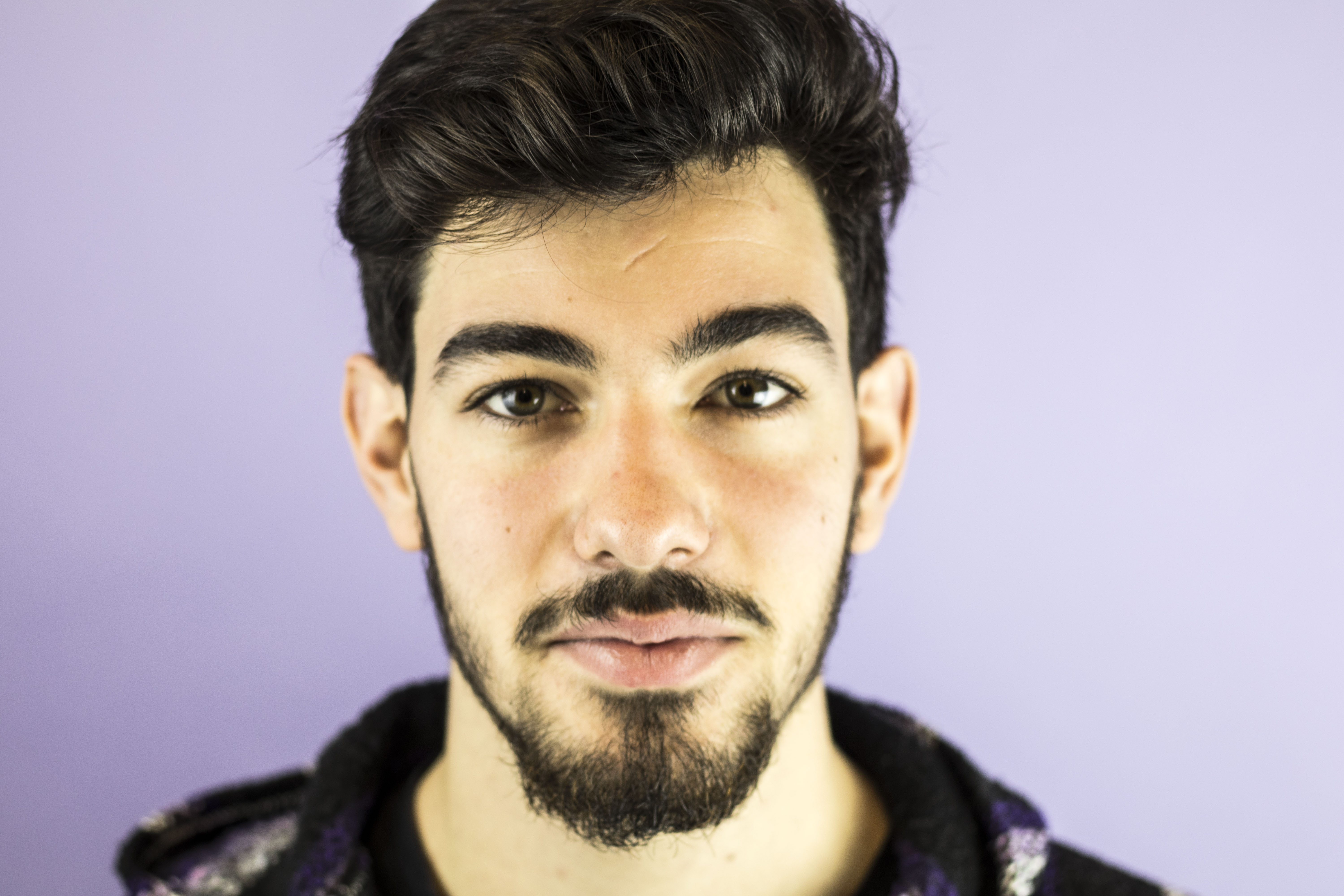 This is my first time growing my beard and participating in Movember. Besides the whole not having to shave thing — which is very time-saving — my motivation is to raise awareness about cancer and mental health together as a house. 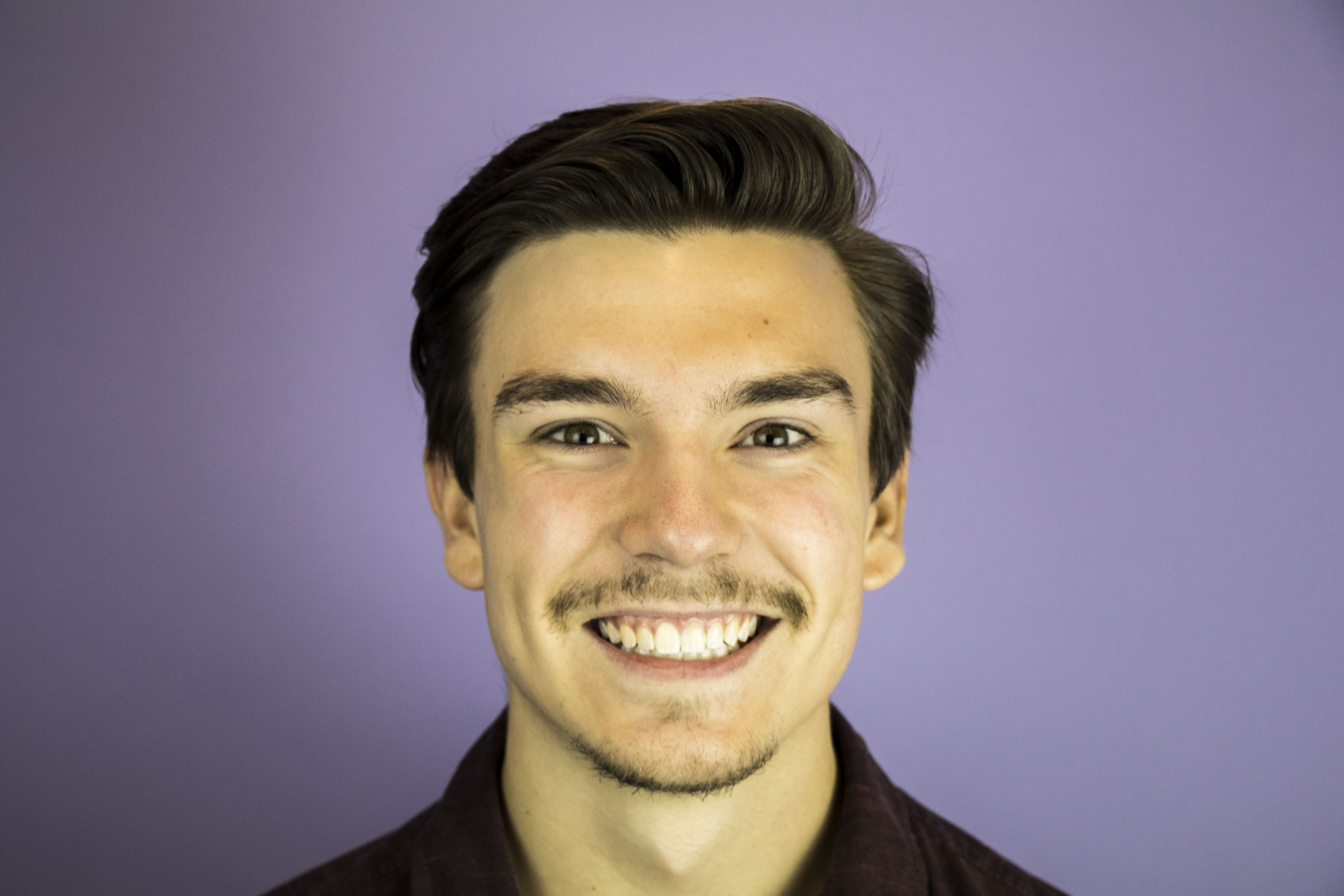 I first did Movember in high school, but it feels more impactful doing it with Generocksity in university. It felt very local then whereas now we have this bigger reach to get a lot more people involved. 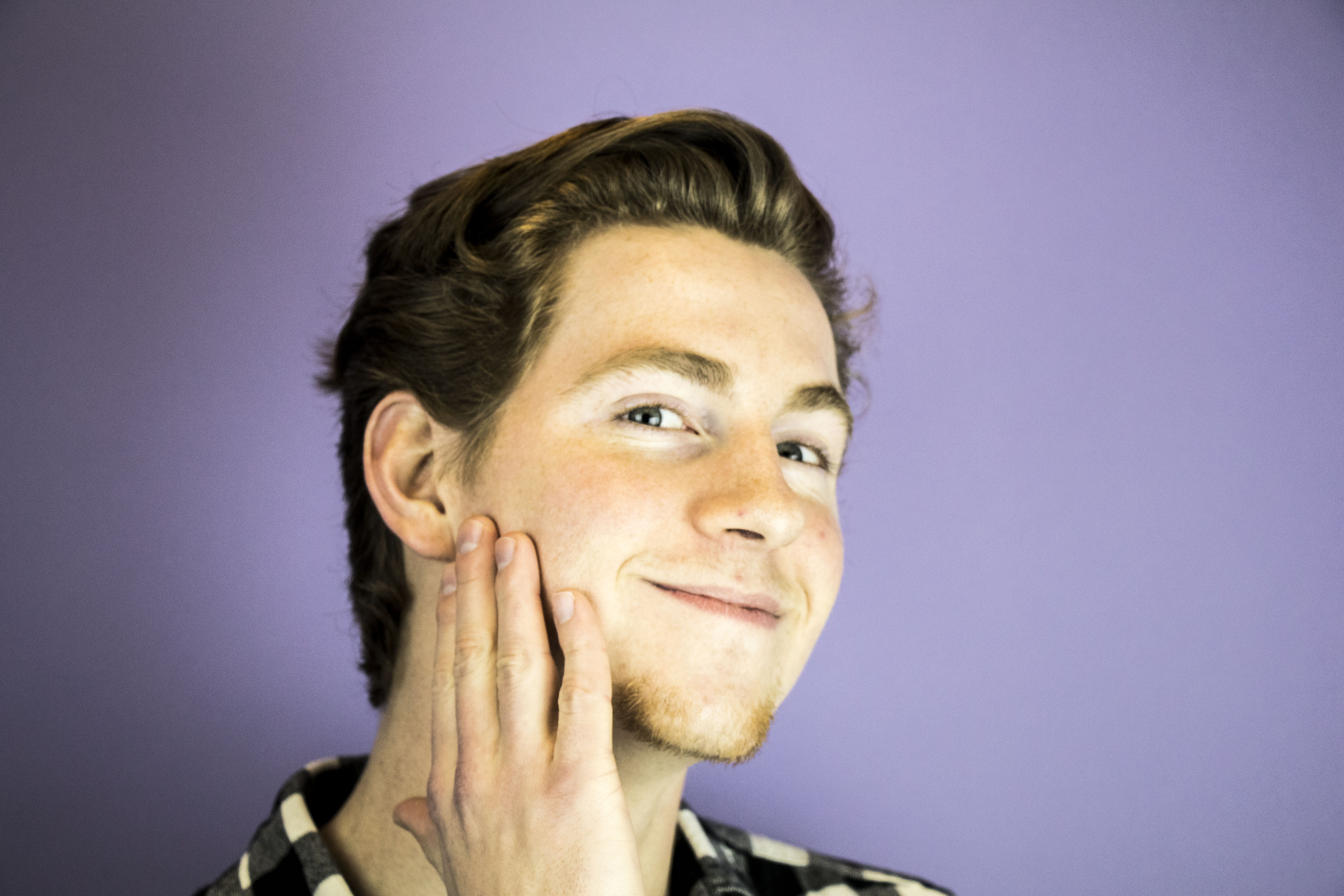 At Generocksity, we are doing a four-part series. It’s basically a spin-off of a reality TV show like the Real Housewives of somewhere, so we are the Real Bros of Movember. This series just follows us and the idea is to donate to your favourite bro. I can’t grow too much facial hair, but it has been pretty fun participating in Movember and the videos. 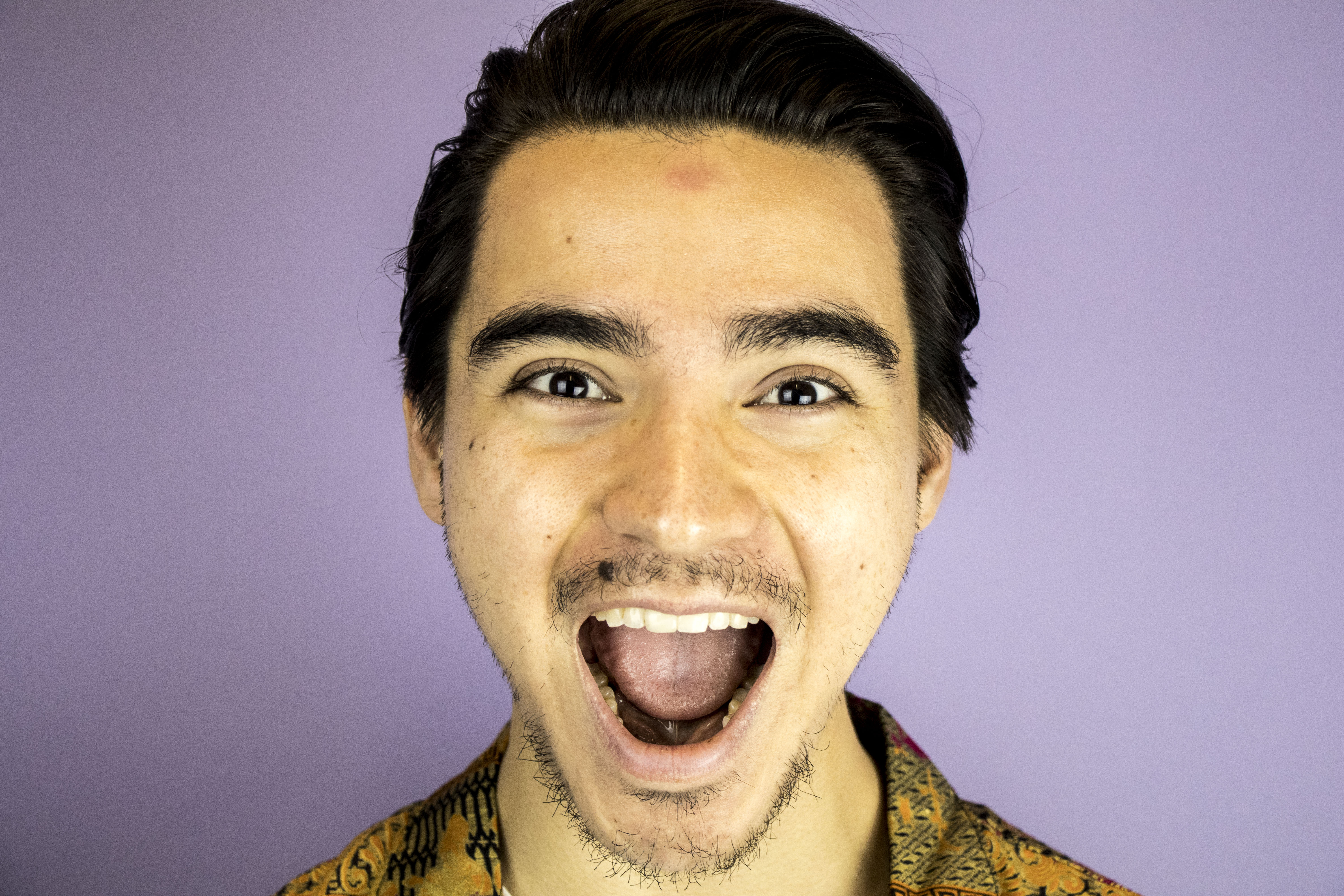 It’s a lot easier doing Movember as a group than by yourself. I remember at that start of the month, Charlie said, “We should do this,” and I said, “I have to do a few things this month. I can’t look awful.” Then he said, “Everyone is just going to look bad for a month and we will all do it together.” There’s solidarity there and it’s not hard to look bad when you know your friends look pretty bad as well. We all have this gala on Friday and we should shave, but we are not going to. It’s just nice not being the only one doing so. 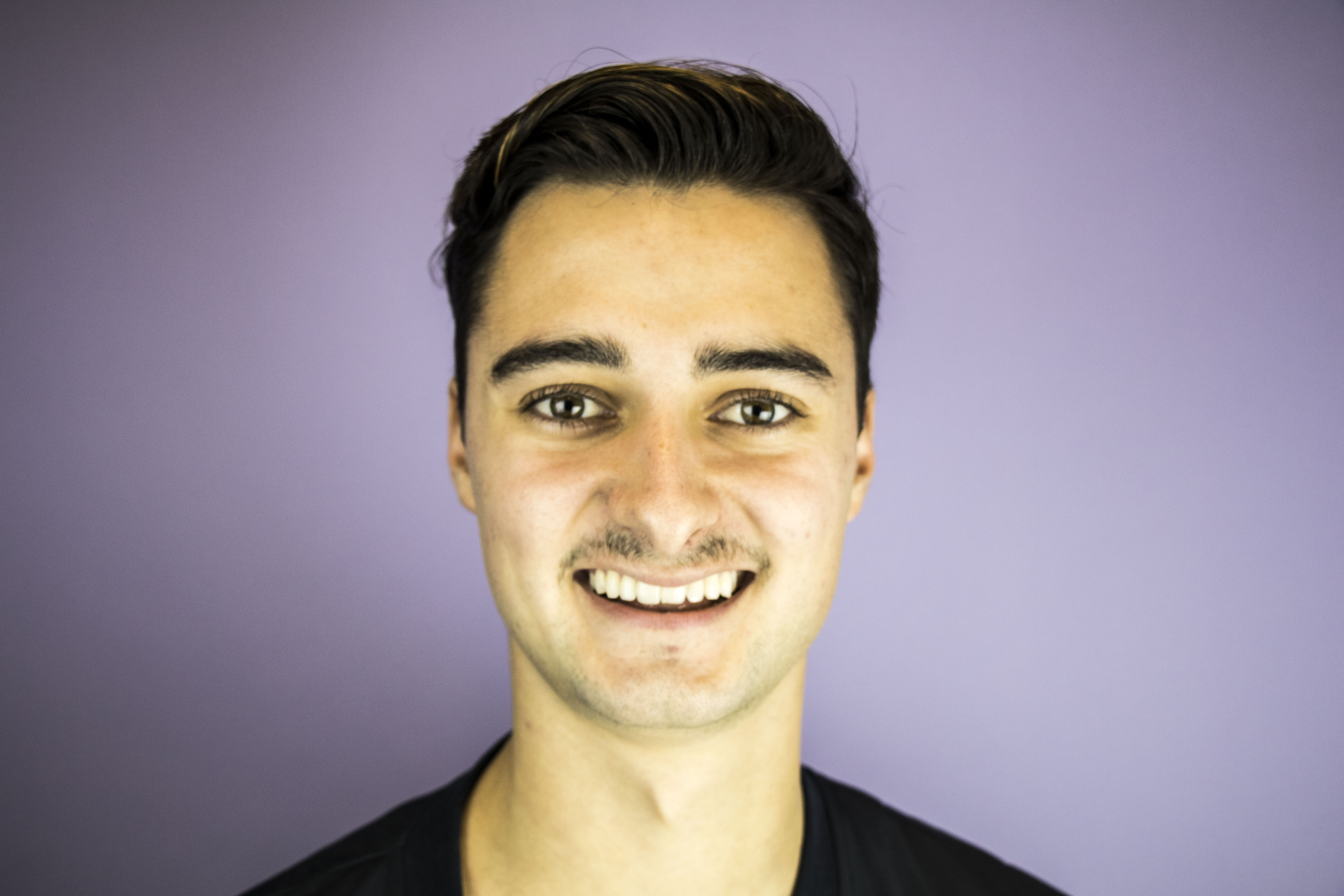 It’s my third time doing Movember. In my first year, it was more about having some fun than doing it for the cause. Now, I feel that the cause has been made clearer and you know that you are doing it for men’s health. To the first-timers, don’t go on too many dates — just kidding! Just have fun and try to raise as much money and awareness as you can. 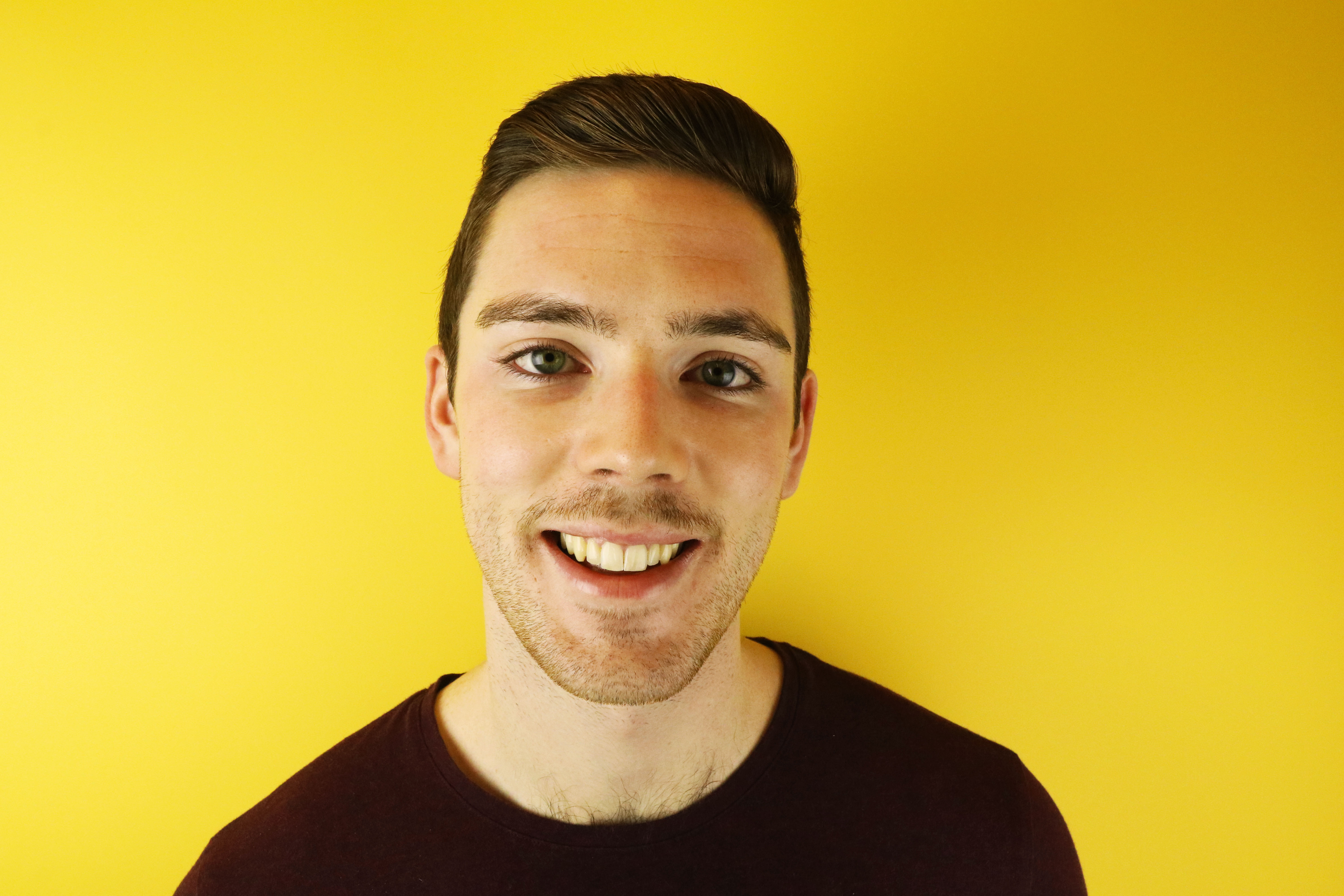 I have done Movember throughout undergrad, but this is the first time that I have been able to see clinical examples of the issues first hand. Being in a family practice office, I have seen that even when people do come in to talk about their health, they can still be uncomfortable about those things. It’s important to get people to do preventative screening, or just talk about these issues and feel comfortable doing so. 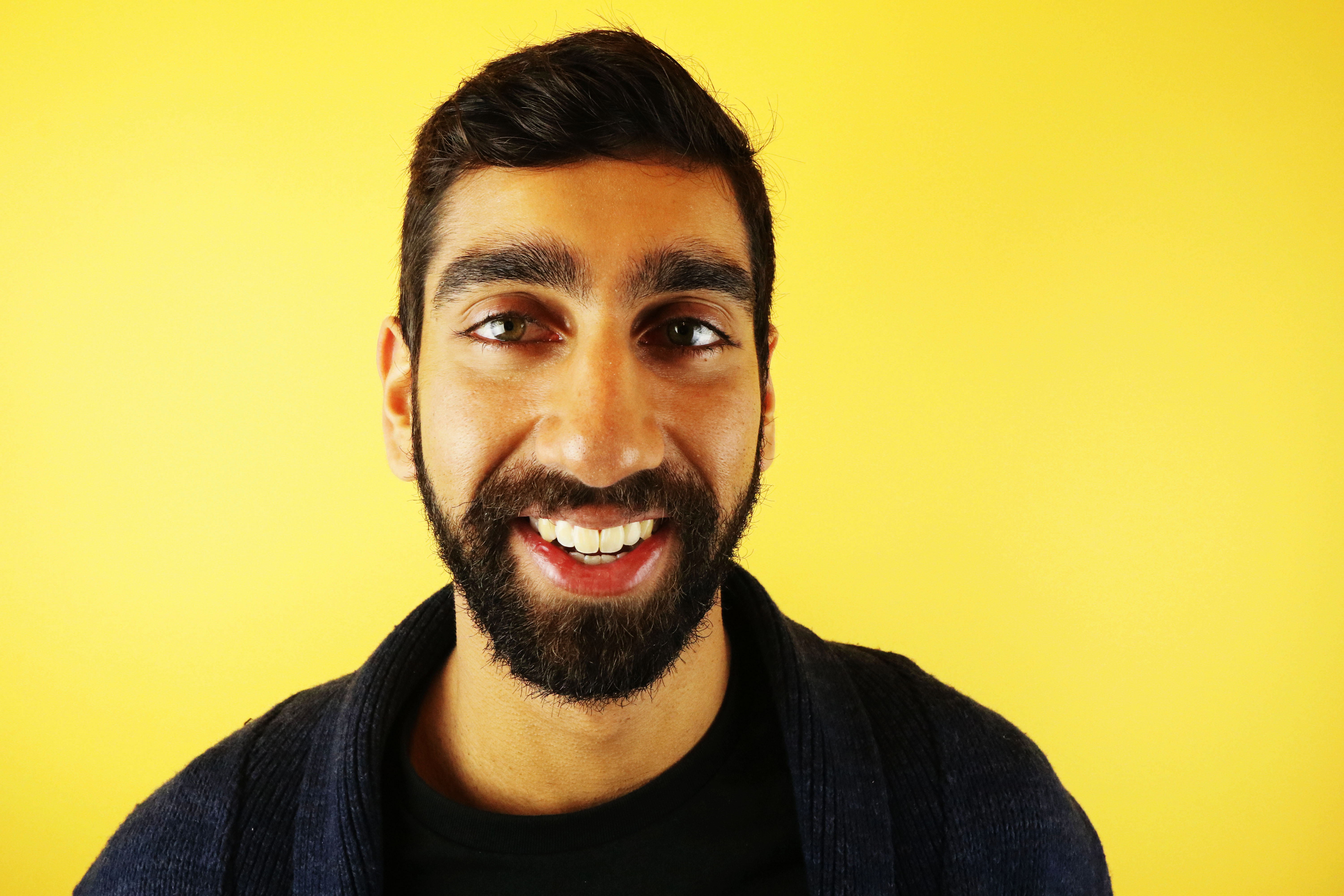 The Men’s Health Initiative is a step toward preventative medicine. The healthcare system in Canada is good at responding to relatively preventable things that have taken place over a lifetime, but there has not been a concerted effort to really push for preventative medicine. Men’s health is one of the most well-known avenues to work toward preventing a lot of conditions that we know to be preventable such as depression and prostate cancer. Preventative medicine is still at the very early stage in Canada and it’s one of the least financially rewarding sectors, which is completely backward to how it should be. 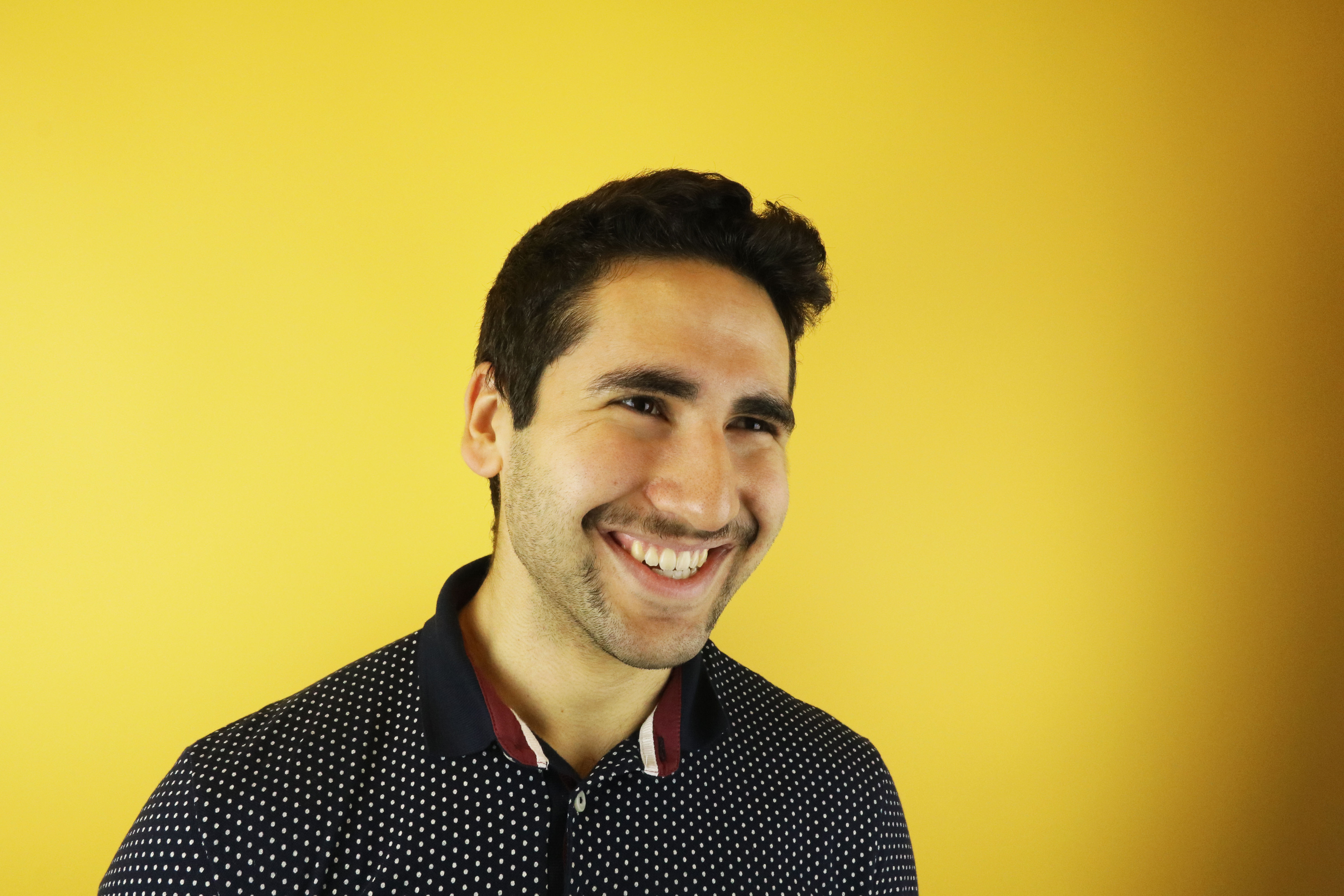 There’s this societal perception of what a man is, but I don’t think that’s consistent with what a healthy person is. I think men’s health is one of the avenues to create a discussion around this so that it's okay to be open about things like mental health. There’s the same thing about physical activities and diet. There’s this image that certain foods aren’t considered manly, like eating a salad versus eating a hamburger with a beer. We want to fix that discrepancy. We are also collaborating with the Women’s Health Initiative because there are a lot of overlaps in the field of preventative medicine. 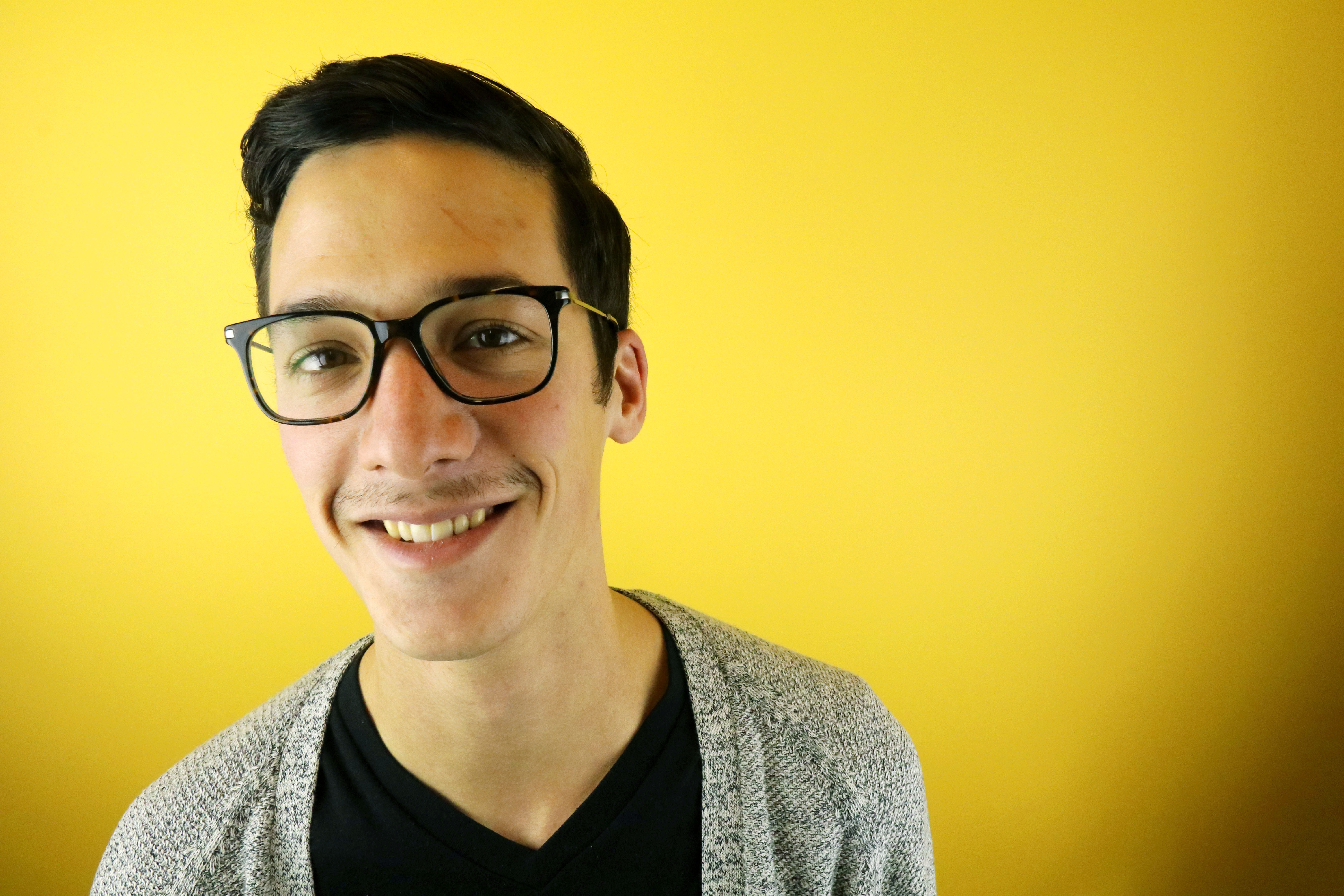 I think mental health is something that is just not well-addressed in general. It's stigmatized. People have mental health problems, like depression or anxiety, and are looked upon differently than people who have physical injuries. I think changing the way that we as a society see mental health is necessary for men to be more comfortable talking about their own issues. 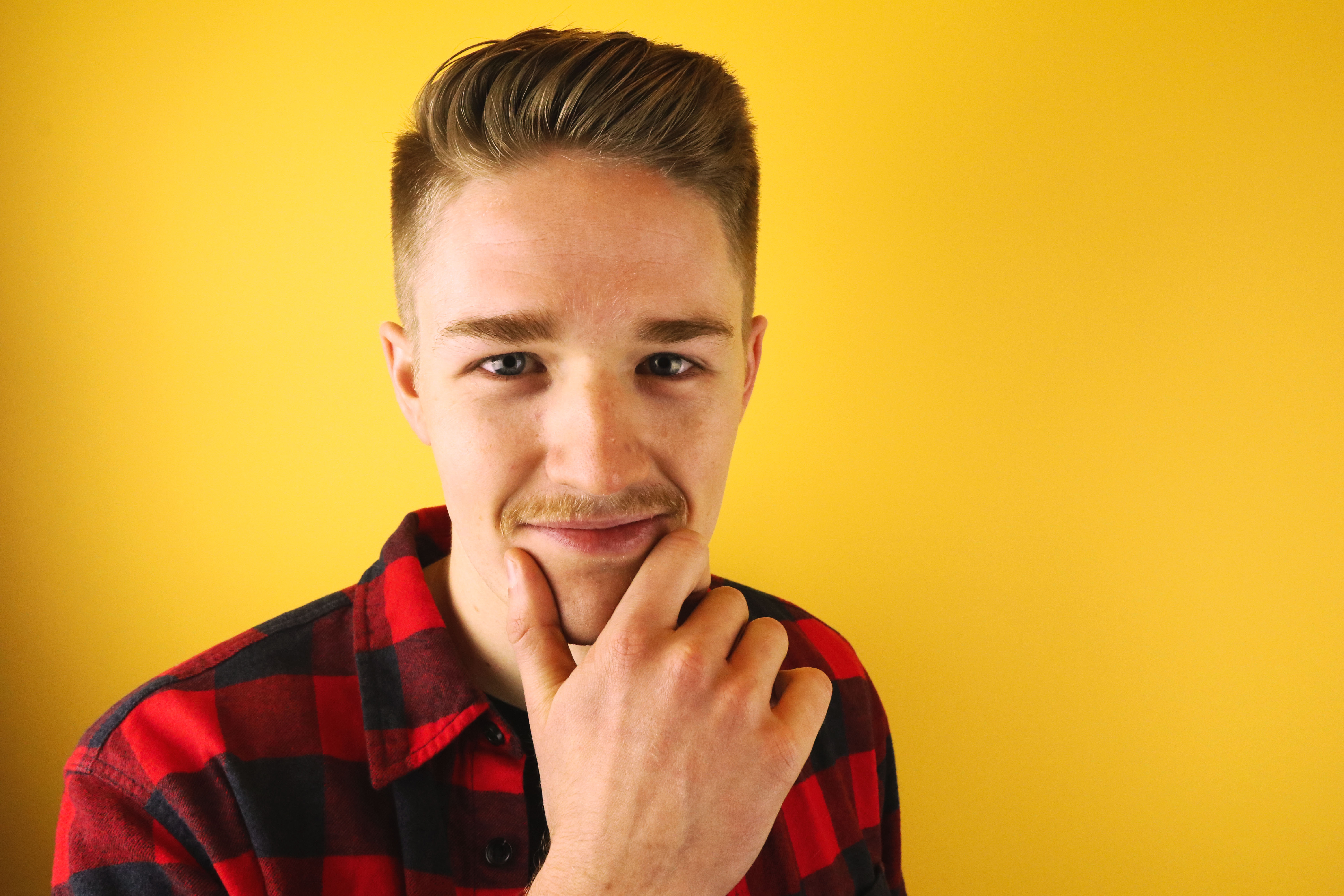 I first got involved five or six years ago. Movember has evolved for me like my moustache has. Now I'm taking a lot more initiative to teach my family and friends about these issues. For instance, mental health is a definitely a societal issue. As a student, I have seen a lot of initiatives on campus and a lot of friends raising awareness about mental health issues on social media. I think it's a generational thing. Hopefully, our generation will be able to bring this initiative forward, but the older generations — our parents and our grandparents — they are the ones that are less able to talk about it. 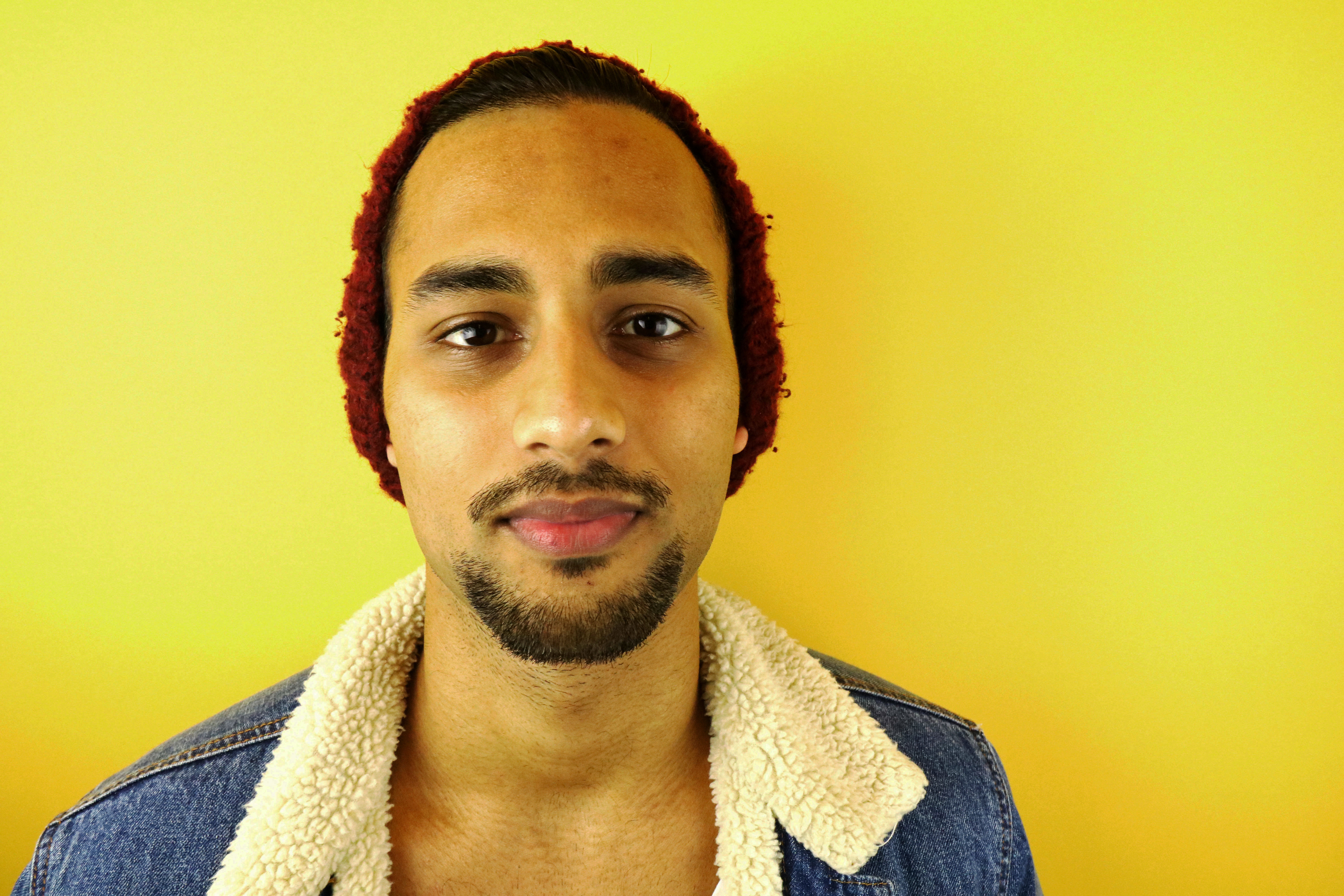 I have been apathetic about a lot of things that happen in the world. This time I decided to take an issue that I know more about and do as much as I could to make any bit of difference for it. Right now, I’m just trying to collect donations by growing a moustache, doing the exercise challenge and spreading the message.