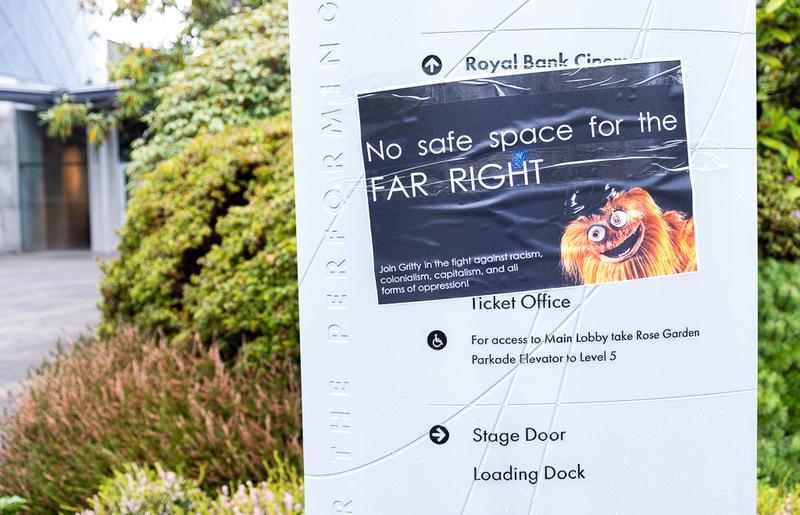 Posters have appeared around the Chan Centre featuring Gritty, the bizarrely creepy new mascot of the Philadelphia Flyers.

Since making his terrifying debut, Gritty has inexplicably become an anti-fascist symbol and his image has appeared at rallies protesting right-wing policies and the alt-right.

Some go as far as to name him a member of Antifa, which is a bit like if the Thunderbird mascot were to join Greenpeace. Not that we’re against that.

“No safe space for the FAR RIGHT,” read the posters. “Join Gritty in the fight against racism, colonialism, capitalism and all forms of oppression!” 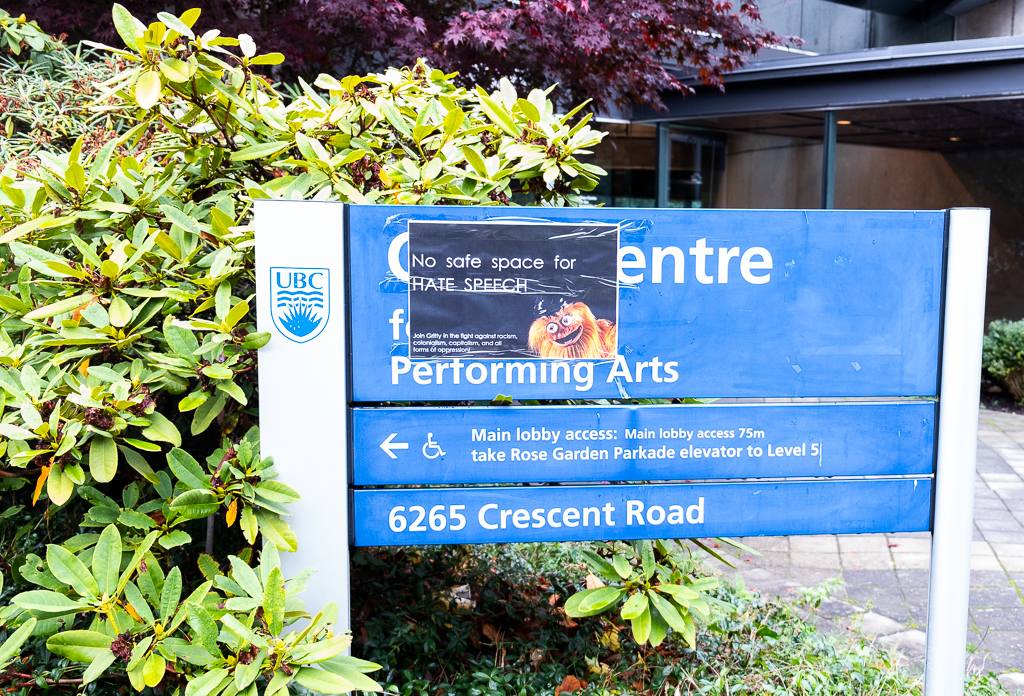 When Marx wrote about the eventual arrival of a proletarian revolution, he didn’t mention a terrifying hockey mascot that looks like the ghost of a Highland cow. Maybe it’s in the original German version of Das Kapital?

Considering it’s Halloween, we can only imagine there may well be some Gritties (Grittys? Gritti?) protesting outside the Chan tonight.

The AMS couldn’t shut Shapiro down. Neither could students. But maybe a demonic Muppet can.