Only Partially Relevant: An apology from an American among you 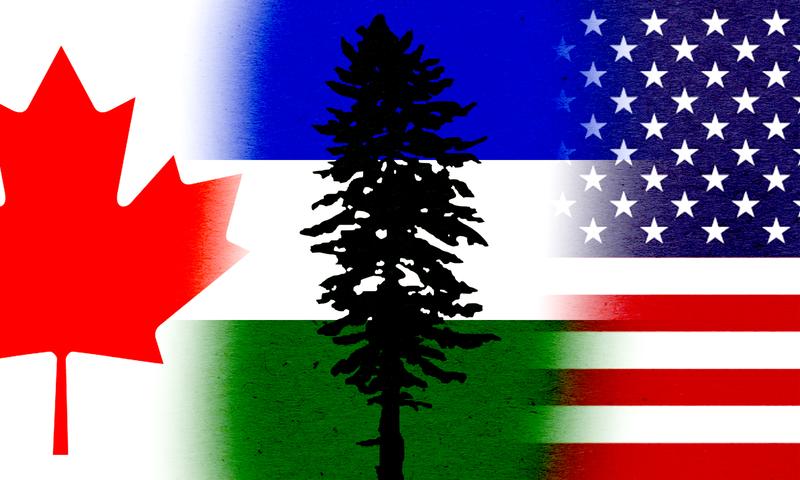 Dear Canada, Canadians and all you wonderful fools who have let me live here the last three and a half years,

When I started writing this installment of Only Partially Relevant, I intended to do the usual — some combination of jokes n’ such about who-knows-what and who-cares-why. And then last Tuesday happened.

Further apologies that this will be hella not funny which is, I assume, what you clicked on it for.

From this point on the deck, north and west, I see Vancouver Island and other little blobs of Canadian rock in the Salish Sea. South-by-southwest onwards, I see America. I see the state where generations of my family have quietly done their best impression of the Bagginses of The Shire — content without adventure or the fantastic, and having been so for as long as we can tell. Every six o’clock in the summer, the Lucases and their neighbours converge in the garden. They share snacks and maybe a drink. This is no criticism.

I see Stuart Island and Johns Island — behind that is the dual-climate Spieden Island, then Roche Harbor and its marine transport border checkpoint.

I could kayak to Stuart Island, Washington, USA, from where I’m sitting. Like, there would probably be about a 60 per cent chance of getting broadsided by a whitecap and dying from hypothermia, which would be the fate I would deserve were I to do something so stupid. But I could.

It’s not recommended to fall into the Salish Sea and this recommendation doesn’t waver based on which side of the Canadian-American border you’re on. In this regard, it doesn’t matter that my people just elected a bleached, authoritarian Oompa Loompa or that your prime minister’s hair may as well be the combination of 1998 Nick Carter and the Statue of David — those locks are glorious. If there’s a more effective and understated reminder of nature’s indifference to the affairs of humans than the constant truths of this water, I have no knowledge thereof.

The backdrop for all of these are the Olympic Mountains. They rise up behind every water-rock I can see, whether Canadian or American, or who-gives-a-shit.

The Olympic Mountains surely must be worthy of better than Tuesday, November 8th. And if indeed that’s the conclusion I’ve come to, I can’t in good conscience sit here behind the safety of a border and watch them crumble.

Canada — and BC especially, as our fellow Cascadians — on behalf of your neighbors, I’m sorry we’ve been so awful to live next to lately. I’m sorry about those 3 a.m. arguments that woke you up ’cause we wouldn’t stop shouting about pussy grabbing etc. I’m sorry so many of us want to party like it’s 1812 again. I’m sorry we’re so goddamned loud.

So know that even when this inconsequential American leaves, I think you’re pretty okay. Sure, Blue Jays fans in Vancouver who spend every non-baseball minute complaining about how Torontonians think they’re the center of the universe are annoying. Murdoch Mysteries is garbage (seriously, it’s so bad and you know it) and you have plenty of your own problems that you frequently ignore, instead electing to offer ill-informed and unsolicited advice at me about whatever the heck my own country is getting up to at any given moment. But I like your healthcare. I like that you aren’t so histrionic about everything. I like hockey, even if I can’t tell you much about it.

I like that an entire population of you can unite in identical pride behind a band whose name, 30 years after they came up with it, is tragically literal.

But whether it’s the rights of women, African Americans, Muslims, LGBTQ+, or immigrants, or the majesty of the Olympic Mountains or the mundanity of cheese and crackers, there are some things worth fighting for. And for that, I’ll have to get up off this deck on Pender Island, BC, Canada.