Sand and accomplishment: Jumping into the ocean every morning for a week. 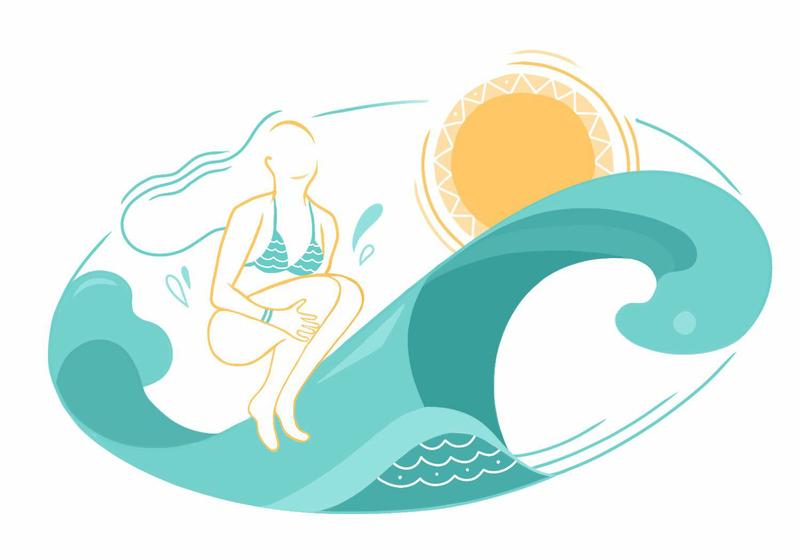 I believe any and all experiences with your morning plunge will defy initial expectations, for better or worse. File Shavonne Yu

A few weeks ago, I met a student on the 99 coming home one Friday night. He stumbled his way onto the bus and collapsed into the seat beside me. Completely unprompted, he began speaking about his exhaustion brought on by daily jumps into the ocean. I didn’t believe him. No one would mention something this random unless they were asking for confrontation. I liked a challenge and I told him that I wanted to try this exercise for myself. Here’s what I happened.

I live off-campus and Wreck Beach is a good 35 minute commute between bussing and the over 500 steps. I woke up at 5:45 a.m. to have enough time to make breakfast and apply deodorant. Lacking a bathing suit, I squeezed into my tightest pair of compression shorts before running for the bus. Once at Wreck, I cased out the beach for my friend from the 99. To no one’s surprise, I was alone, my friend from the 99 was nowhere in sight. I stripped off my clothes and rather than slowly walking into the water, I charged from the coast into the void. The Pacific felt hellish on my skin and filled my head with regret. I loathed every second and gave up quickly before frantically retreating to the warmth of my towel.

Maybe it was the morning sun or my thawing lower-half, but after I left the water I began to feel a drastic shift in my emotions. I felt accomplished and motivated to attack the day. I was more focused and engaged in my 8 a.m. lecture than ever before and I found homework easier to complete. But not everything was peaches and cream.

One of my initial motivators was a desire to see the sunrise at Wreck every morning. I had failed to realize, however, that Wreck faces west. Consequently, my beach was the worst possible choice for viewing the sunrise. Everyday, I also consistently failed to keep sand out of my pants. This was a huge problem. Everywhere I walked I left a trail behind me. Every seat I sat in provided too much friction. Wafts of salty air followed me as I walked. I was a crustacean in need of a hot shower and clean clothes.

However, I consistently looked forward to my morning dips. By some masochistic drive, I began setting rules for myself; A swim couldn’t be counted if it didn’t last for at least a minute and if my head wasn’t submerged for half that time. Any onlooker would have had good reason to view my frantic splashing and yelps of pain as someone in serious need of a lifeguard.

Since that initial week, I have continued to jump in the ocean regularly. I feel an honest joy in this ritual and continue to value it’s benefits. I have even met a few other morning swimmers in the process. I sincerely encourage anyone to try this activity for themselves. I think it is important to monitor how you feel afterward and continue accordingly. Regardless, I believe any and all experiences with your morning plunge will defy initial expectations, for better or worse.