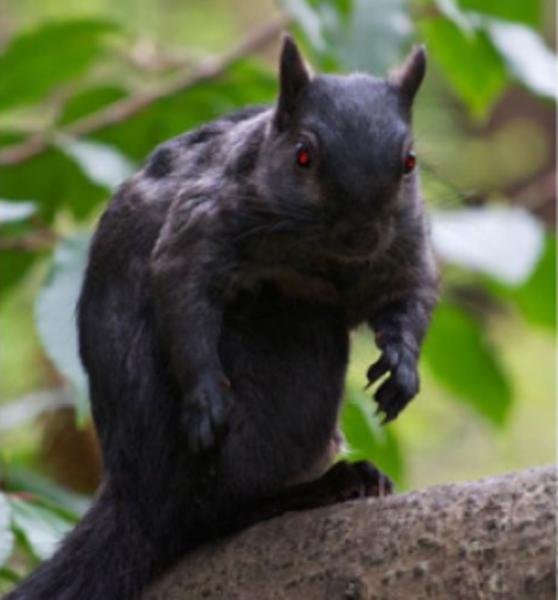 Place Vanier — the first-year residence on the northwest side of campus — has been housing more than just students in recent weeks. On more than one occasion, squirrels from the surrounding treetops have been making their way into the windows of unsuspecting victims. It is believed that they are plotting to pilfer all of the sacred exam-time snacks.

“I walked in after finishing a three-hour exam to find my shelves a mess and tiny little pellets on every possible surface, as well as a half-eaten muffin wrapper ripped apart on my bedsheets,” said Ali Byford, a resident of Place Vanier.

The squirrels are not only a nuisance to hungry students and their food supply — there is an element of fear involved when returning home to what should be an untouched room.

“When I put the pieces together and realized that I, in fact, didn't just spill some all-bran buds on my counter … I immediately ran out of the room,” said Byford.

Luckily, Byford realized that searching through a space ravaged by squirrels alone would have been irresponsible. She managed to gather some friends to join her in checking the enclosed area for any remaining rodents. Using the buddy system can mean the difference between occasional squirrel disturbances and all-out squirrel warfare.

With the student move-out date fast approaching, the emptied building is expected to encourage a devastating squirrel takeover this summer. Reports of at least four separate rodent intrusions have emerged out of Place Vanier alone, and these incidences have been proven to occur when residents leave their rooms unattended.

There was also an instance in which a squirrel jumped through the window of the building’s common room, according to Byford.

It is not out of the realm of possibility that they are all evil masterminds plotting the demise of UBC one dorm room at a time. It has been noted that the squirrels around Vanier are often seen “chilling” conspicuously on the railings beside the residence. Alternatively, the squirrels could be finding it hard to get work with today’s economy and thus are simply seeking a degree.

In order to prevent the squirpocalypse, avoid leaving windows open and feeding squirrels in the Vanier courtyard.