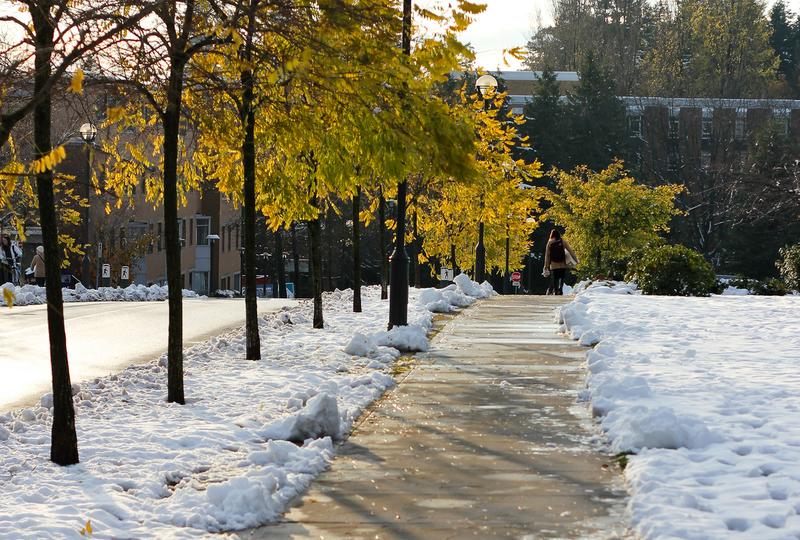 It’s winter break now for many students, which means it’s time to return home to the family that’s been sorely missing you and texting you almost every day since you left.

It’ll feel great to be home — but where is home for you now? Is where you grew up your home? Or is UBC your home now? Whatever you decide, here are some ways for you to survive your first winter break home:

Answer your family members’ questions about UBC with absolute confidence

It’s the holiday season, so it’s time for you to reconnect with your aunts, uncles, cousins and grandparents at family events and fill them in on how your life is going — or at least the surface-level parts of it you mention in small talk.

“How was your first term at UBC?”

“What classes did you take?”

“What do you want to major in?”

And my personal favourite: “What are you gonna do with that degree after you graduate?”

There’s no escape from them so the best you can do is smile and nod, pretending that you know what you’re going do with your degree when you really have no idea.

Did you have strong opinions about your classes? Don’t just say they were “okay” — give detailed answers that show you’ve become a sharp critical thinker! Did your uncle scoff when you talked about wanting to major in sociology? Tell him it’s a good gateway degree for social work, public service, journalism, social research, counselling, education and (gasps) law!

You’re growing up so it’s time to assert yourself.

You’ve probably made a whole bunch of friends in the past four months, but now it’s time to return to those friends who were there for you in the midst of your awkward pre-pubescent adolescence: your high school friends.

You might be at a world-class university now, but that doesn’t mean you should toss your old friends aside. Catch up with them! Get drunk outside McDonalds together again like you did far too often in grade 12 and boast about all your UBC stories, from Wreck Beach to the never ending construction.

Whether or not those friendships hold as you all grow older, it’s still good to keep those ties healthy.

… but maybe not with the douchebags

You likely met a lot of interesting, colourful characters in high school and now that you’re back home, you’ve been overcome by a wave of nostalgia for them. Even if your closer friends were confused by their antics, you stuck by their side because you believed there was worth in them.

Either that or they were just really, really funny.

But now that you’ve experienced a whole other world at university, you’ve taken a second look at a few of them and suddenly, the nostalgia seems less strong. Some people may have been a lot of fun to hang out with in high school, but now all of a sudden, their shenanigans just come off as disrespectful and you don’t want to associate yourself with them anymore. If that’s how you feel, then feel free to distance yourself.

Trust me, you’ll be glad you did it by the time you get older.

Get some holiday reading done

Is there a book that you’ve really wanted to check out when you were in classes but didn’t have the time to do so because midterms and lab reports had dominated your life? Well guess what — you’ve got three weeks of free time to get through it! Plus, it’s a great distraction to avoid the “post-degree question.”

You’ve also got time to see all those Oscar buzz movies or lie in bed with Netflix, but you’re a university student now. You’ve got to dedicate at least some of your free time to flexing your intellectual muscles.

You’re suddenly blessed with free time, so it’s time for you to do what you tell yourself you should do every week but don’t — go to the gym!

You’ll go once and it’ll feel great and you’ll tell yourself that this is the start of you getting in shape again. But you’ll get super nitpicky about your next gym trip and start postponing it over lame excuses like the weather or being too tired.

Don’t stress about New Year’s Eve too much

The idea that New Year’s Eve is an overrated holiday has become so widespread that it’s practically overwhelmed the idea of New Year’s Eve as a raucous party.

And yet, it still makes sense why people hype this day up so much — it’s the last day of the year, so we like the idea of ending it with an eventful conclusion.

But when you think about it, it’s really just another day, so just do what you want with it and don’t pretend that it means a lot. Want to stay at home or just chill on the couch with a couple friends? Do that. Want to get shit-faced at Todd’s party? Do it.

If it’s a letdown, that’s okay — you have a new year ahead of you full of possibilities and shenanigans!