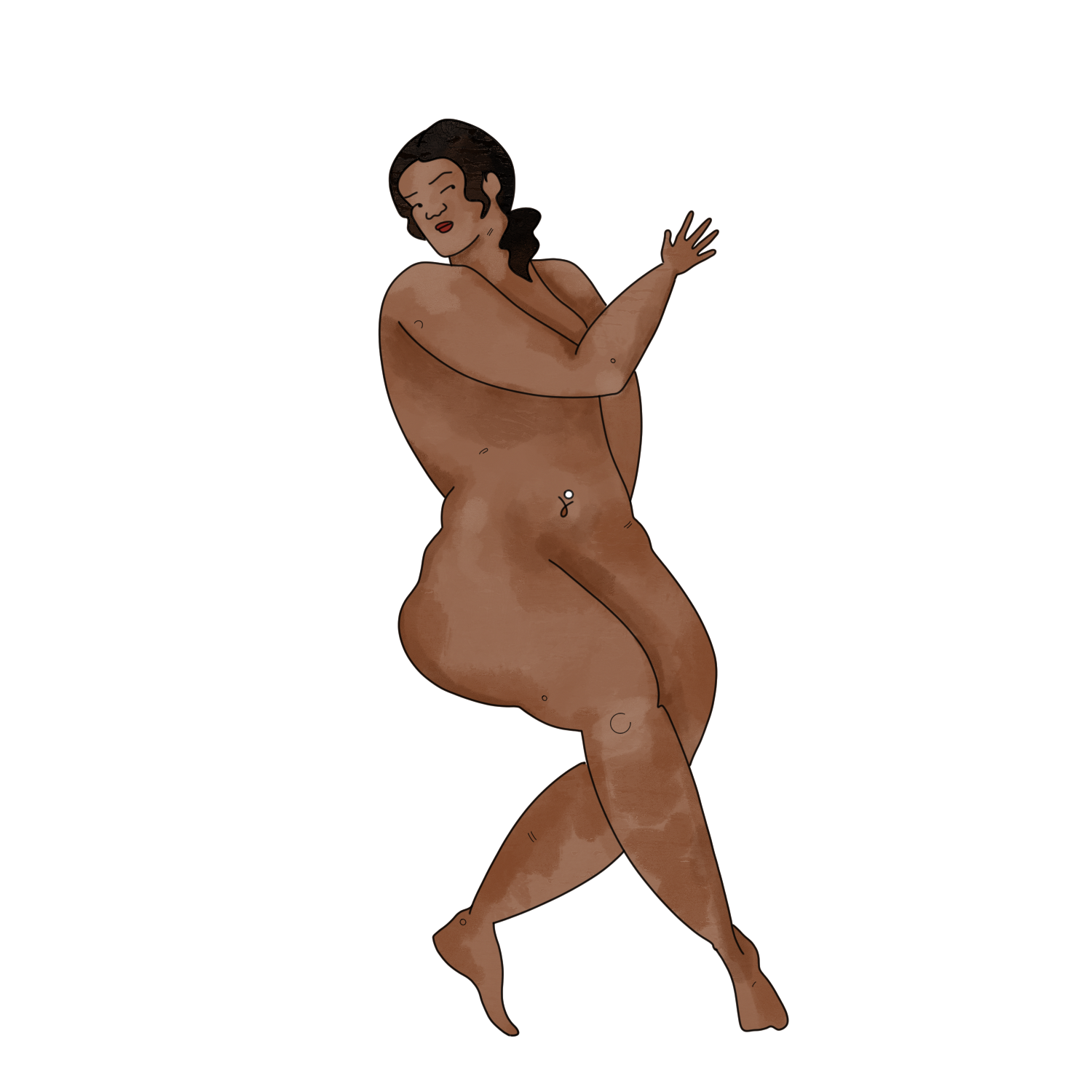 “I know firsthand how suddenly your life could change. Years of harassment and people being invasive about your body just suddenly ends with a tattoo,” they said.

Content warning: this article contains subject matter regarding eating disorders, body dysmorphia, self harm, physical abuse and interpartner violence that may be disturbing to some readers.

Taylor Menzies knew she could not stay — in Indonesia or in a body that reminded her of the weight of her trauma.

She had moved overseas after chasing a career as a yoga instructor. There, she quickly found herself in a relationship and was offered a tattoo apprenticeship after locals spotted her talent while she got a tattoo and spoke of her love for the art form. Menzies has always used art as an escape from the tough aspects of her life. But she couldn’t afford a tattoo machine or the necessary supplies so she sat on the opportunity.

As her relationship turned abusive, she found herself ashamed to tell her friends and family. So, she drew. Art had helped her cope with childhood abuse, an abusive relationship and an eating disorder. Menzies realized her art could be an outlet for others too.

“As a teen I had a lot of self-esteem issues and body dysmorphia. I had a hard time looking at my body without seeing a child who was abused. When I started getting tattoos, I gained a lot of confidence and started looking at my body [as] something beautiful,” Menzies wrote in an email to The Ubyssey.

When the relationship ended, she found herself wanting to do more to help others who were in similar situations and felt like yoga was not enough.

“I was thinking to myself, ‘What if people are in the same position as me, they're not telling anyone, they're not bringing it up and they're just hating themselves for it,’” she said.

She moved to East Vancouver in January 2019 where she has worked as a tattoo apprentice ever since. But recently, her independent work took off after an overwhelming response to a TikTok about her life and work. Within the day, Menzies was booked solid for the next three months.

“It definitely can be a lot, especially going through all my emails, story after story after story on people's stories and [the] trauma they're holding onto ... it’s amazing to me that I'm holding a space for people to feel comfortable enough to open up to me and share their story.

“And come to me not only for a tattoo that’s gonna help them love themselves but also help them get over everything,” she said. “They’re allowing me to put something on their body forever.”

She told The Ubyssey that she was shocked that people were willing to drive from out of town to get a tattoo from her.

She quit her day job to focus on her art and is hoping to start a non-profit in the future. In addition, she is in the process of releasing a line of crewnecks and shirts with her designs on them for those who may not be able to afford a tattoo.

“I want to help people work through different eating disorders, mental health battles and everything like that, and use it in a way to make people feel beautiful in their body.”

According to VAWNet, a branch of the National Resource Centre on Domestic Violence, tattoos can help survivors reclaim their body after trauma. It can help them change or revive their self image.

While research is limited, there is evidence to support the therapeutic value of tattoos for survivors. A thesis by Ana-Elisa Armstrong de Almeida at The University of Victoria suggests that tattoos provide an outlet for painful emotional healing through painful body modifications on top of the obvious change in artistic expression the tattoo provides.

Candice Falcon, a restorative tattoo artist, frequently interacts with people who believe they need a big scar or life-altering reason to get a cover-up tattoo. They often feel unworthy of specific tattoos because they haven’t gone through large enough traumas. She wants the public to know there is no reason too small to desire a cover-up or scar camouflaging tattoo. She stressed that nobody needs a restorative tattoo but it is there if they want one.

Aubrey Wolf, a Vancouver-based tattoo artist currently working out of Ottawa, sees the magic in giving people the chance to enthusiastically embrace and consent to a major change in their body.

“A lot of people, especially people who experienced marginalization and oppression because their bodies are not the standard of what’s expected and acceptable in society, have had a lot of non-consensual and very disempowering, disappointing experiences projected onto their bodies,” they said.

Before becoming a tattoo artist in 2013, after nudges from friends and family, Wolf sought out scar cover-up tattoos for themselves.

“I know firsthand how suddenly your life could change. Years of harassment and people being invasive about your body just suddenly ends with a tattoo,” they said.

It took about a year of tattooing before they started helping others cover up their tattoos. Clients would mention how they wanted a certain tattoo but were worried because of scars. They said those conversations catapulted them into the work they now do. Today, Wolf specializes in camouflaging scars, creating 3D areolas and purely artistic pieces.

Wolf is able to create a 3D nipple for those who have scars, are without nipples, or those who are unhappy with theirs by customizing the shape, colour and size of their new areola. Furthermore, they also offer scar cover up and camouflaging for burn survivors and those with skin discolouration or self harm scars. A camouflage works by matching a client’s scar to their natural skin tone.

A cover-up places an artistic tattoo over a scarred area. According to Wolf’s website, this may be right for someone who feels distress from seeing the scars and wants to minimize their visibility, those who want a physical reminder of something positive instead of a potentially traumatic reminder from the scars or those who wish to honour their scars.

“It feels like I don’t do the work anymore because of COVID. But when we're not in a pandemic, I touched people. The core community that I [am] tied to is often genderqueer, trans people and disabled bodies and often the intersections of both,” said Wolf.

They said their work impacts people regardless of the tattoo’s scale. The experience meant a lot for those who received cover-up work on scars or post-medical journeys, or as part of gender-affirmation journeys. But it was equally important for those who received smaller pieces to be a part of a larger transformation even if they don’t elicit the same type of response.

They said there is often a feeling of relief and self-becoming from their clients. But that moment often happens before the piece is completed.

“The moment the scars begin to really fade under the work that’s happening, some people cry. Some people are just amazed that their mouth drops open, they look at themselves from all kinds of different angles and feel like a glamour[ous thing] has happened to them,” they said.

“This is a seemingly indelible visible feature that was bringing them all kinds of attention and experiences that they weren’t comfortable with which they’re free from now.”

Seeing people walk in freedom, the way Wolf has, is what means the most.

“The best thing [is] when people share with me later on that it changed the way that they moved around in their body ... They began to dress differently, they stopped covering up this part of their body, they began to feel more confident. That’s when I really feel like something has happened.”

With files from Jackson Dagger and Winnie Ha