The climate crisis is changing the face of soccer, inside and out

As a response to the changing climate, many soccer organizations are now training the referees on how to deal with the heat to protect the players.
Diana Hong 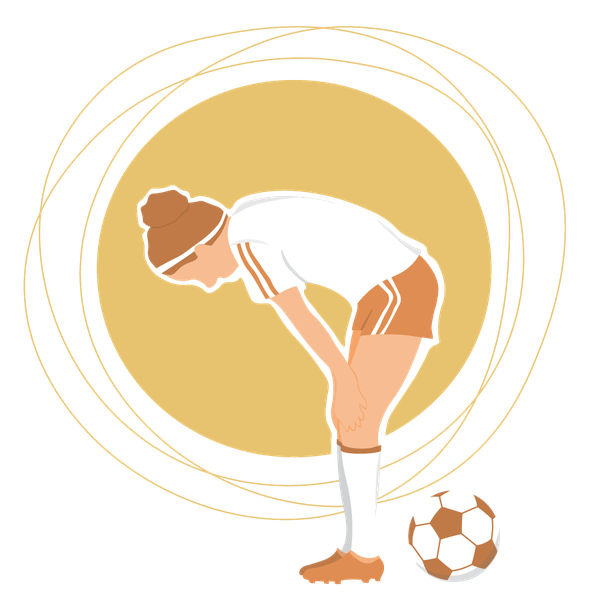 Though it might not be obvious, the climate crisis affects more than just sports in the snow — it also affects summer outdoor sports like soccer.

The climate crisis affects world temperatures, which also influences the performance of athletes. For soccer players, a 90-minute game in high temperatures can cause heat illnesses, such as cramps and heat stroke.

This summer, UBC’s men’s soccer team travelled to Guangzhou, China for a two-week tournament where they faced extreme temperatures.

“It was super humid and 50 degrees. You had to have water breaks otherwise people [were] passing out. It was crazy,” said Tariq Gareau, a player on the team who is also a second-year Sauder student.

For the women’s team, conditions closer to home are equally brutal as they train in Portland, Oregon for the pre-season around the middle of August.

“We have our cooler with ice water and you just dump cloths in it. At half time, people will come off and put all their heads to their neck in cooler. People are bright red and the turf is plastic [so] your feet will be on fire and people get blisters just by playing a game on it,” said Sabrina Anderson, a defender for the women’s soccer team.

As a response to the climate crisis, many soccer organizations are now training referees on how to deal with the heat in order to protect the players. They are told to make sure they give multiple water breaks to help players cool down and give them a chance to catch their breath.

In fact, the first-ever water break in the FIFA World Cup’s history was on June 22, 2014 during the game between the United States and Portugal when the referee stopped the match for a water break 39 minutes into the first half of the game.

Another rule change in advance of the 2022 World Cup will give athletes more opportunities to hydrate, cool down and catch their breath to avoid heat-related illnesses.

Qatar, a country known for its high temperatures in summer, will be the host of the 2022 FIFA World Cup. To avoid putting the players — many of whom will be running for the majority of a 90-minute match, in danger — FIFA’s executive committee decided to hold the Qatari tournament during the winter instead.

“Living in the Middle East, it was extremely difficult to play out in the summer with temperatures up to 50 degrees Celsius. It’s very likely to get dehydrated or sunburned and the increased levels of humidity made it feel very difficult to be out … playing outside in the summer is becoming more out of the question,” said fourth-year biology student Sarim Mirza, who plays soccer with UBC REC Intramurals.

The temperatures can also affect fans who sit under the sun, often for hours, to watch games. At the 2018 US Open in New York, a tennis fan fainted in the stands and needed medical assistance. Qatar is trying to avoid that outcome by including air-conditioning technology in the fan areas as well as the pitch.

As the risks for the athletes increase in tandem with rising global temperatures, there may come a time where soccer organizations like FIFA must begin allowing outright cancellations of games — even the World Cup tournament itself — because they may cause dehydration, exhaustion or heat stroke for the athletes.

The climate crisis is changing soccer’s status quo and it will continue to do so unless the world takes swifter action to address the crisis. There may soon come a time where soccer tournaments are no longer played outside at all.