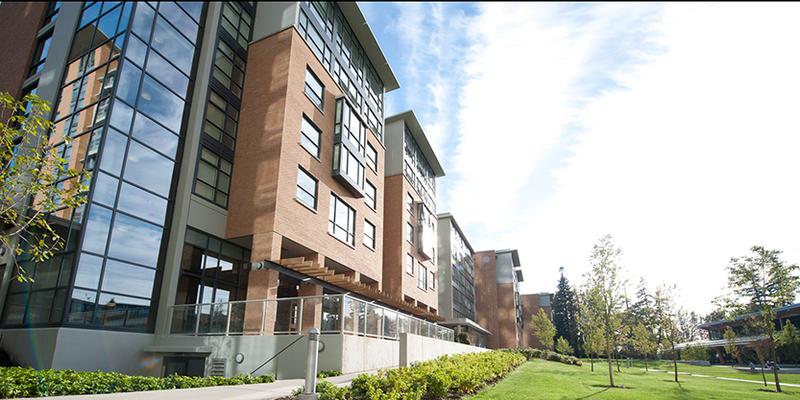 “I think it’s really important that we come together and … show the university that we won’t stand for them just proceeding as if nothing had happened.” File Geoff Lister

Fourth-year sociology major Annette Cho is out of work this summer, but her rent bills haven’t stopped.

She relied on her TA position for income until April when her contract ended. She reached out to her enrolment services advisor (ESA) with her concerns, but they replied saying she should consider taking summer courses to qualify for more student loans. However, she didn’t feel comfortable given how the pandemic has impacted her mental health.

“The hardest thing for me to wrap my head around was the fact that my ESA was like, ‘If you don’t have the funds, you should look into getting another summer student loan,’” said Cho. “Hearing them say that [I] should be looking into another student loan — it’s definitely not what you want to hear when you’re asking for help.”

Many students have lost income streams this summer as COVID-19 has resulted in cancelled internships and shuttered businesses. While government supports like the Canada Emergency Response Benefit (CERB) are helpful, some students don’t qualify and want UBC to provide better financial support for housing.

“It is really unfortunate, but I know that there are lots of other students out there who are struggling much more than I am,” said Cho.

According to a survey conducted by Undergraduates of Canadian Research-Intensive Universities (UCRU), 73 per cent of students polled across Canada are “worried about making summer rent and utility bill payments.” As UCRU Chair and former AMS VP External Cristina Ilnitchi points out, students are particularly prone to housing insecurity, with many looking for new housing as winter semester comes to a close.

The pandemic is only intensifying the instability.

“Because of the financial precarity and the different challenges that students may be facing right now, this is going to be a particularly difficult time to deal with housing,” Ilnitchi said.

Cho tried to find a subletter so she could return to her hometown of Calgary, but the search was “almost impossible” because demand was so low. Even if she had found someone to sublet, she expected that she would’ve still had to pay over half the rent.

“That’s actually one of the main reasons that I’m still here, is because I’m trying to figure out if I can get a sublet person, and if I can’t, how am I going to pay for this?” she said.

To combat COVID-19 housing insecurity, the province temporarily froze rent and banned evictions. BC Housing also established in March the Temporary Rental Supplement (TRS) program where tenants can apply for $300–500 per month for rent payments.

But there’s a notable exception to TRS eligibility: renters like Cho living in accommodations owned or operated by educational institutions.

“Universities are public institutions that receive government funding,” a provincial government spokesperson said in a statement to The Ubyssey. “As the temporary rental supplement is intended to support those in housing that does not already receive financial support from government, university-run housing is not eligible.”

The federal government touted the $9 billion set aside for the upcoming Canada Emergency Student Benefit (CESB) intended to fill in eligibility gaps for CERB resulting from requirements such as having earned at least $5,000 last year. The CESB application opened May 15, but before these government supports were even announced, Cho felt that the university should’ve stepped up.

“[UBC] definitely need[s] to be doing more because they know that students are typically in quite difficult positions financially,” said Cho.

Still, international students are ineligible for the CESB. Third-year architecture student Matias Kubacsek was excited when Ottawa announced the benefit, but was disappointed by the eligibility requirement.

“When it was made clear it was only Canadian students — there’s a very difficult narrative to follow as an international student,” he said. “The amount of tuition I feel we pay … I think justifies us being in that conversation.”

‘As if nothing had happened’

For international students, housing insecurity is the tip of the iceberg.

Kubacsek was supposed to return to his home country of Mexico for his grandfather’s birthday in March, but due to growing health concerns with COVID-19 and uncertainty around the extension of his study permit, he decided to stay.

“It was just unsure for me … being in my third year, having anything jeopardize what could lead to my degree,” he said about possible delays to his honours program.

Kubacsek, who lives in Brock Commons, relied on two part-time jobs on campus before COVID-19 struck. Though his parents provide financial support, that’s since been complicated as the pandemic has disrupted finances worldwide, or more simply made it harder for them to visit the bank.

Like Cho, he thinks that UBC should be doing more to support students. He emailed his ESA and was told to fill in a budget sheet with all his sources of income, but he said it wasn’t reflective of his current situation because it included savings for future tuition payments.

UBC encourages students to contact their ESAs for possible emergency funding to best accommodate students’ unique situations on a case-by-case basis. The university does list online possible emergencies that qualify, but this excludes upcoming tuition and other fees to UBC.

“The overarching goal is to help students on a case-by-case basis as we recognize each student has unique needs and struggles due to COVID-19. That’s why students are being encouraged to contact their ESAs,” said UBC Media Relations in an email to The Ubyssey.

Kubacsek emailed his concerns to President Santa Ono, and Kubacsek eventually was referred back to his ESA. Ultimately, he got one month’s rent waived.

Even so, he says there’s a lack of proactivity from the university in reaching out to students who might not know what support is available.

“I think the only person to ask was one of my profs [who] emailed me. She knew my state and was like, ‘If you need anything, you can talk to me,’” he said. “But then nothing from the university. There was no email saying like, ‘Oh, if you’re an international student, there’s gonna be an open discussion of what you think you might need.’”

Fixes like UBC emergency funding and the TRS are temporary, and rent freezes will end. Cho thinks the university should fill the gap, perhaps by pausing rent until September.

“I think it’s really important that we come together and … show the university that we won’t stand for them just proceeding as if nothing had happened,” she said.

“ … Clearly we are impacted by the pandemic and need all the support that we can get, because there are students falling through the cracks.”

An earlier version of this article included the incorrect amount of government funding set aside for the CESB. The article has been updated to reflect that it is $9 billion.