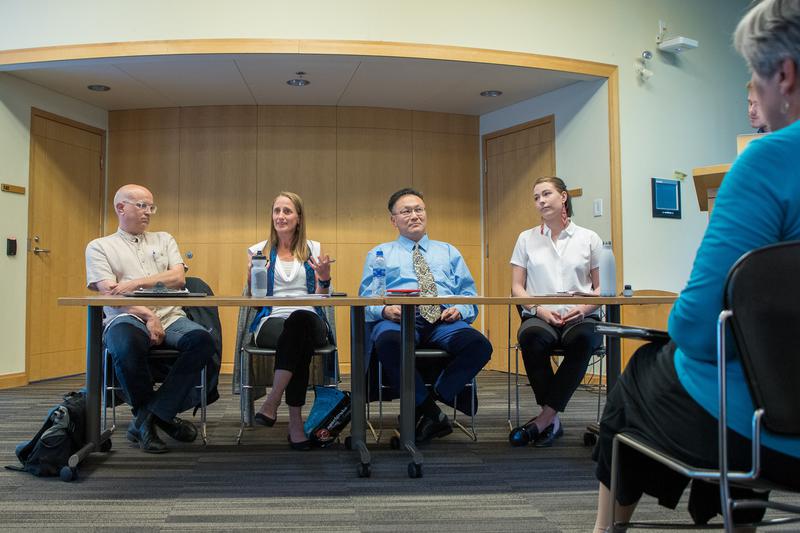 “I’ll talk to anybody, and ask ‘what are the issues, what are the concerns, how can I help you?’” Zubair Hirji

On June 6, candidates for Director of Electoral Area A (EAA) met to discuss the SkyTrain, the environment and housing in a debate hosted by The Ubyssey.

Compared to the fiery clashes of AMS debates, the four hopefuls — Simon de Weerdt, Jen McCutcheon, Madison Moore and Sung Yun Wong — struggled to find areas where they disagreed. They maintained a respectful tone and sometimes hesitated to speak during open discussion periods.

The debate kicked off with a hot topic this year: transportation. While all candidates were in favour of the SkyTrain to UBC, Moore and McCutcheon emphasized that the route should be determined in consultation with the community.

Wong said the SkyTrain track should reside as far away from residents as possible, while de Weerdt said it should run underground to minimize noise.

McCutcheon agreed that she is against the “concrete jungles” of above-ground rails and wants to find a solution that won’t impact property owners.

Other than the SkyTrain, candidates varied on what they thought the biggest transportation issue facing EAA was.

While Moore called for dedicated bus lanes and traffic light priority for the 99 B-line, Sung said he supported rideshare.

Fielding a question about affordable housing on campus, Wong answered that the university should build vertically to provide housing while reducing the area’s ecological footprint.

McCutcheon pointed out that the Director has no oversight over UBC’s land use, but added that she would advocate for the university to house not only students, but faculty as well.

Moore, who just graduated from UBC this year and lived in residence, said that she has the experience to lobby UBC on behalf of students. 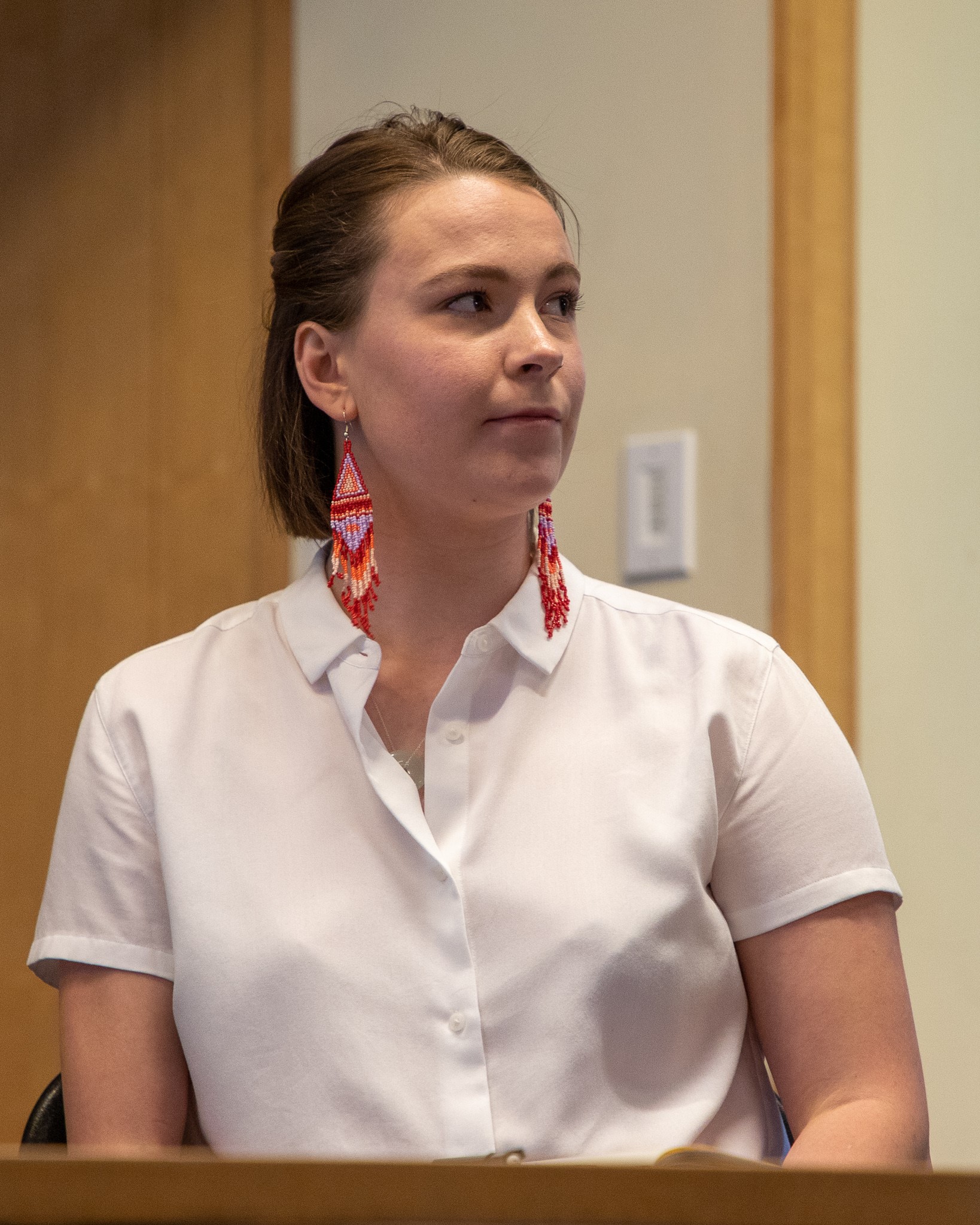 With key issues like SkyTrain and housing aside, candidates were asked to name the next biggest issue facing EAA.

Wong said he wants to reduce crime and other “community issues” like noise from the fraternity village, but all other candidates were concerned about governance and representation.

Moore addressed the high costs that residents have to pay for firefighting since they do not share emergency services with Vancouver, a separate municipality.

McCutcheon focused more broadly on the University Endowment Lands’ lack of representation as a municipality. The area filed a governance review in 2013 but has yet to hear word from the province.

The issue arose later in the debate when candidates were asked whether UBC and the University Endowment Lands (UEL) should become their own municipality. Candidates all agreed that the decision should be made in consultation with local residents.

De Weerdt echoed McCutcheon, saying he’ll work to develop a “roadmap” towards incorporating as a municipality while consulting with stakeholders and the Musqueam First Nation.

Before he considers changing it, Wong wants to see if the area can function under the current system.

“If something’s not broken, don’t fix it,” he said. 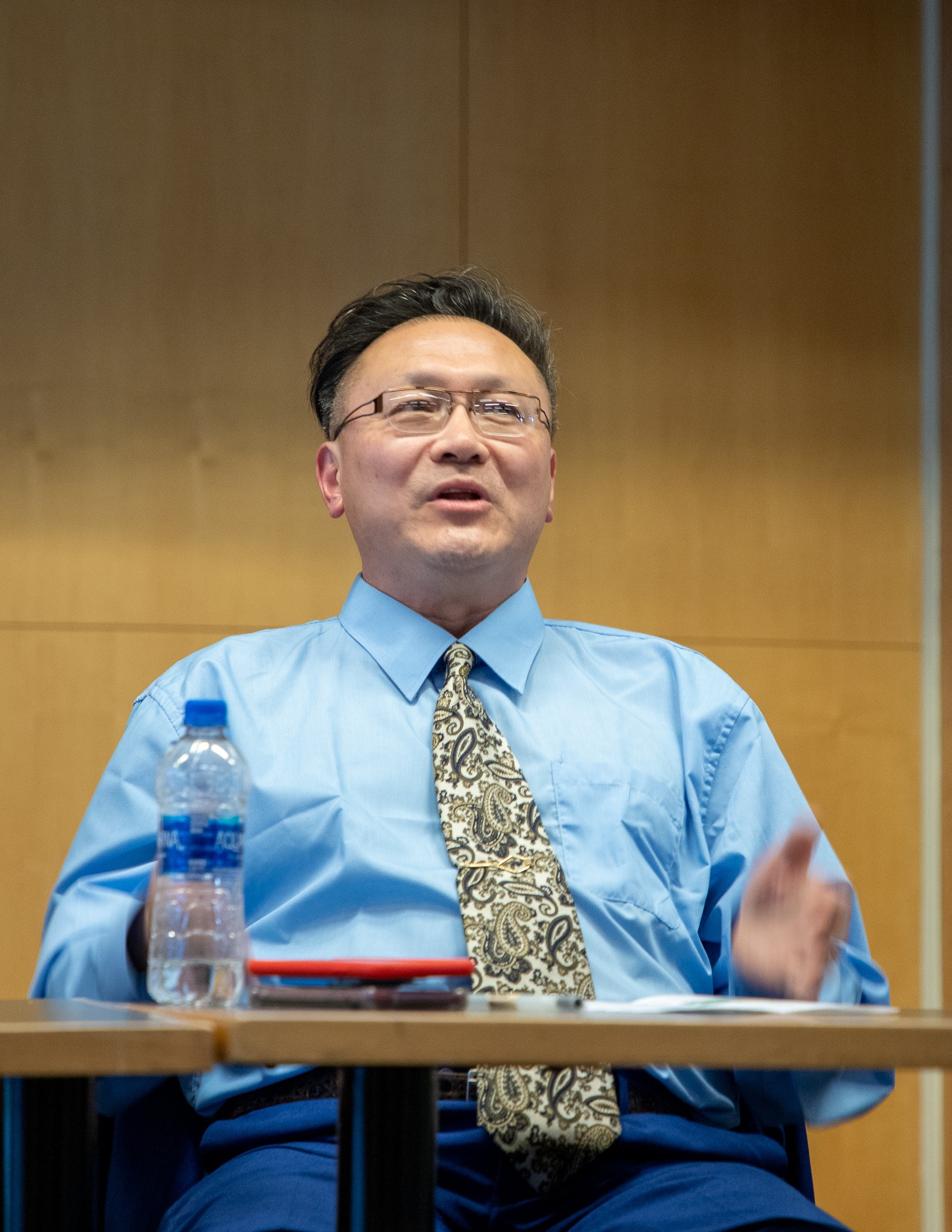 In the next question, candidates discussed how they would work with the Musqueam First Nation.

All candidates spoke to the importance of Indigenous consultation, and Moore added that she wants to work with the Nation to prevent the erosion of Point Grey Peninsula’s cliffs on South West Marine Drive.

McCutcheon set herself apart by mentioning the need for improved collaboration regarding the new Leləm development and the maintenance of the Musqueam Golf and Learning Academy, both of which are managed by the Musqueam Capital Corporation.

Regarding environmental policy, McCutcheon advocated for the reduction of waste and plastics.

Wong agreed and said he would consider mandating the removal of single-use plastics. He explained that he is enthusiastic to see UBC become a “pioneer” in sustainability and renewable energies.

“It can be done by doing it first,” Wong said.

De Weerdt said he wants to look into the sources of power and electricity in EAA to see if there is an option to “generate our own power” and save money on utility costs. 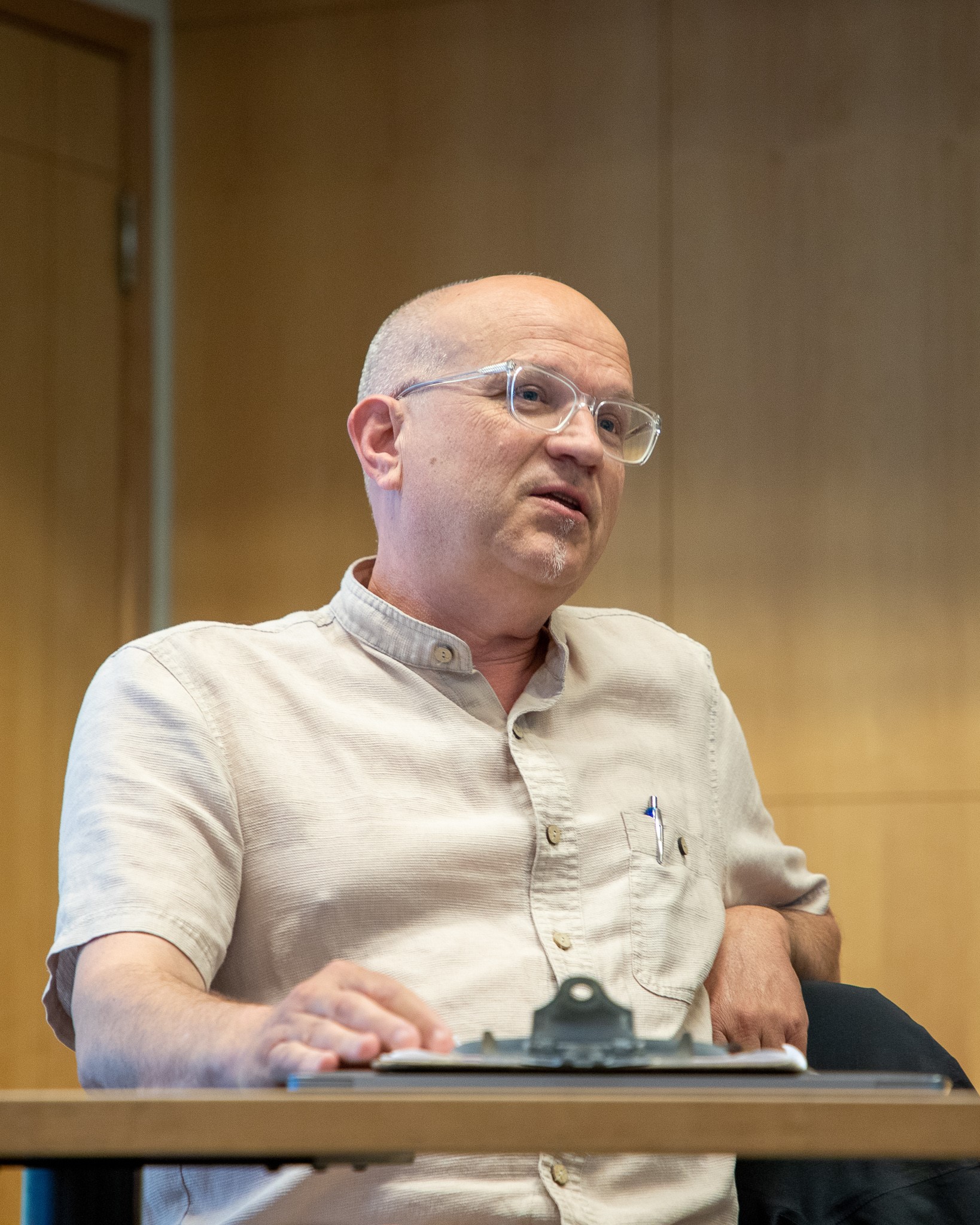 The final moderated question asked candidates how they would represent the areas in EAA other than UBC and the UEL. It also asked them to name each of the communities included in EAA, which de Weerdt was quick to answer correctly.

Moore said that since she has enjoyed time in Pitt Lake and Barnston Island, she is well acquainted with residents and knows the issues pertinent to those areas.

McCutcheon also said that she would make herself available to each community, while understanding that each area is “quite unique from the other.”

Once the floor was opened to audience questions, the debate gravitated again towards the topic of representation.

“I’ve heard all of you saying that you want to represent the people who are here,” said a graduate student in the audience. “But I haven’t heard any of you articulate, who is UBC?”

The student followed up to raise the issue of affordable housing, especially for graduate students.

While all candidates acknowledged the gravity of the issue, none responded with any concrete steps to tackling the problem. McCutcheon explained the difference between affordable housing and more housing, saying that she would advocate for the former.

Other audience members asked whether the candidates actually lived in Electoral Area A. While all four candidates attended UBC and have various connections to the area, only McCutcheon actually lives in the area she’s running to serve. 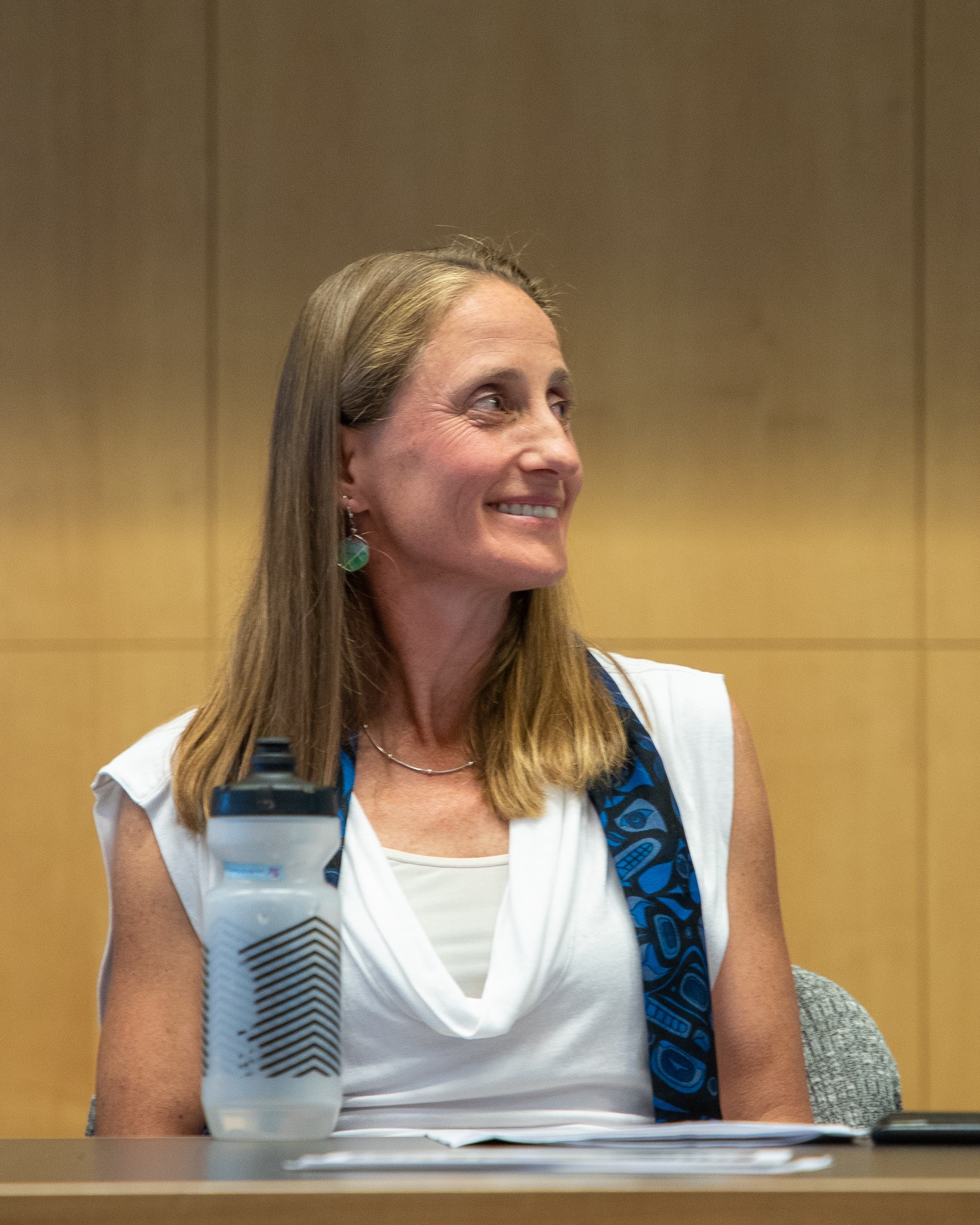 A student in the audience asked contestants how they would engage with students in municipal politics beyond just online polling.

While McCutcheon focused on connecting students at UBC with older residents living on campus, Moore said she will work to strengthen ties with the AMS.

Referencing his two cell phones, Wong said he would always be approachable. His plan to get students involved is to walk around campus and approach people in person.

“I’ll talk to anybody, and ask ‘what are the issues, what are the concerns, how can I help you?’”

Elizabeth Garvie has informally withdrawn from the race and did not attend the debate.

The by-election for EAA Director will take place on Saturday, June 15. Learn how to vote here.