As the pandemic continues, so does filming in the Nest, drawing student concern 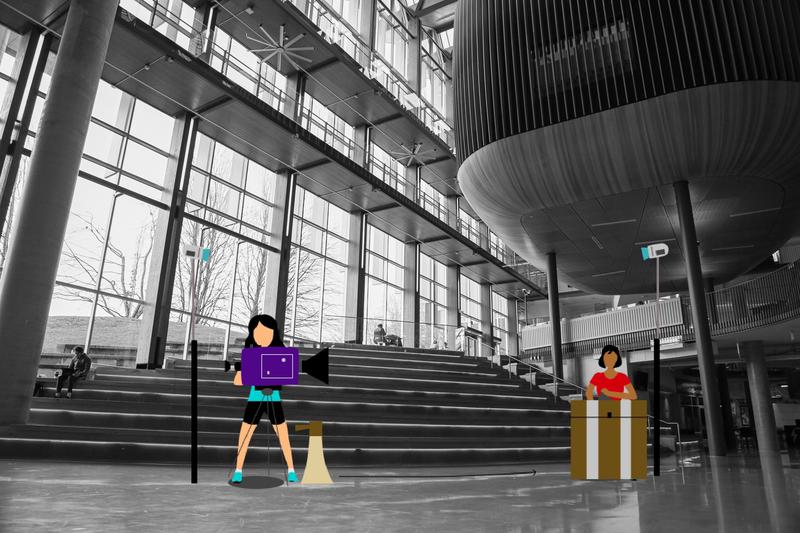 “When we noticed the failure to close the building on Tuesday, we reminded the building manager to make sure the film crew was still following Nest guidelines.” Eisha Sharda

The presence of large filming crews in the Nest raised concern among UBC students last month, as some speculated whether crews were following COVID-19 procedures.

Student Senator Julia Burnham took to Twitter on November 17th to report sightings of a large film crew in the Nest.

“Walked into a massive indoor film set with at least a hundred people on my way to the eye doctor and I am so confused as to how this is ok in lockdown,” reads the tweet.

According to provincial health guidelines effective November 7 amid a second surge in active COVID-19 cases, indoor social gatherings and events of any size are prohibited. Businesses, however, are still allowed to operate, so long as they actively test on-site workers and adhere to a COVID-19 safety plan.

The AMS implemented a mandatory mask policy in the Nest in October and outlined physical distancing measures on its COVID guidelines page, though students have raised concern over guideline enforcement. The AMS also paused all in-person events on November 10.

According to AMS VP Administration Sylvester Mensah Jr, the crew in the Nest on Tuesday, November 17 was filming a series called Zoey’s Extraordinary Playlist and had begun setting up the Friday prior to filming dates.

While Mensah said he did not know how many people from the film crew were present, he noted that their usage of the Nest was likely a one-time occurrence.

However, Zoey’s Extraordinary Playlist, which stars notable actors such as Lauren Graham, Jane Levy and Alex Newell, has filmed scenes in the Nest before. In November of last year, production took up the lower atrium of the Nest to film a music video for a cover of Gnarles Barkley’s hit song “Crazy.”

Mensah also said that the AMS executive team had initially advised for the building to be closed to patrons as a safety precaution, but this request was overridden by AMS “management.”

“When we noticed the failure to close the building on Tuesday, we reminded the building manager to make sure the film crew was still following Nest guidelines,” Mensah said.

Mensah said that to his knowledge, the crew had followed their own safety plan and wore masks except when filming. There was an instance in which some actors were allegedly seen without masks, but this was in a blocked off area, according to Mensah.

A spokesperson for the production company said crews had COVID-19 guidelines in place.

“Lionsgate has extensive health and safety protocols in place for all of our television series in production, and the Zoey’s Extraordinary Playlist team was in full compliance with these protocols throughout filming.”