International students pay more than seven times what domestic students do for a single credit at UBC. File Patrick Gillin

International tuition is climbing across Canada as schools increasingly see international students as cash cows — and a ticket to academic prestige.

When the Board of Governors (BoG) directed the school to raise tuition by almost 50 per cent over three years in 2015, they wanted to “bring international students’ tuition for most programs in line with tuition at peer institutions by 2019."

Jakob Gattinger, a student BoG member who recently opposed domestic tuition increases, worries this creates a barrier to qualified international applicants in favour of those with money.

“You have people who are coming from all over the world,” said Gattinger. “They pay tuition in Canadian dollars … the relative purchasing power of those countries based on the country's wealth and kind of the average person that's coming from there could vary wildly.”

Now, international students pay more than seven times what domestic students do for a single credit at UBC — and that’s quickly becoming the norm throughout Canada.

When the BoG approved international tuition increases in 2015, the proposal stated that “having international students’ tuition that is lower than that of peer institutions limits UBC’s ability to make investments that will strengthen the teaching, learning and research mission and excellence of the University.”

At all three schools, international tuition has increased steadily over the last three years. A new international student entering UBC in the 2019/20 winter session will pay $1,306.58 per credit — an increase of about 12 per cent from 2017/18. That new student will pay $3,919.74 for a normal three-credit course, while a domestic student would pay $539.91 for that same course.

At U of T, the percentage increase has been about the same to $54,280 per year, but McGill’s tuition has only increased around three per cent since 2017/18.

In an interview with the BBC, U of T President Meric Gertler said that increasing international tuition led to an increase in demand from students. UBC’s Associate VP Enrolment and Academic Facilities Pam Ratner echoed this statement.

“We still have more applications every year than the [last] year, and the caliber of the students applying at UBC continues to get stronger,” Ratner said.

Ratner says that many international students point to the Times Higher Education Rankings, where UBC ranked 37th in the world in 2018, as a reason for why they applied to the school.

If the student chose to go somewhere else, the survey asks where they went and why they decided not to attend UBC.

The first time a benchmarking comparison was done, UBC looked at the other institutions 15 ranks above and 15 ranks below UBC on the Times rankings, a range that includes U of T and McGill University.

“The more fundamental question is, to what extent should the benchmarking be used in decision making?”

He argues for most board members, UBC’s financial health is a more important consideration for tuition increases than what other institutions are doing. Projects like the upcoming Integrated Renewal Program (IRP) are expensive, During this academic year’s tuition consultation, the cost of the IRP was one of the reasons given for raising it.

“I think [the proposal] refers to a missed opportunity,” said Ratner. Increasing tuition to match that of other schools’ allows UBC to invest the added revenue in initiatives that can support student services.

Ratner points to the creation of the Excellence Fund, the Sexual Violence Prevention and Response Office, and the independent investigations office as examples of projects enabled by growth in international tuition revenue.

But Gattinger questions that logic.

“To say that the money has been squandered completely would be totally out of touch with what’s actually happened,” says Gattinger. “But … let’s not kid ourselves and say that a majority of the [Excellence] Fund did not go towards faculty-facing kind of expenditures.”

Despite the increased investment made possible by the international tuition increases, UBC’s ranking in the Times rankings has dropped steadily over the last five years, from 32 in 2015 to 37 in 2019. U of T has also seen a slight drop, from 20th in 2015 to 21st this year, and McGill has dropped from 39th to 44th.

Ratner doesn’t believe that trying to match other schools’ tuition increases would lead to a vicious cycle of continually increasing international tuition.

“I think the student body determines the ceiling,” she said.

If application numbers or the calibre of students applying to UBC were to drop, Ratner says that the university would first try to understand why students were choosing other universities, and they’d look at socio-economic trends and student mobility. A drop in applications would not immediately be attributed to tuition increases.

When asked directly whether the university felt pressure to increase international tuition when it sees its peer institutions doing so, Ratner says no.

She stresses that comparison with peer institutions is not the only consideration when setting tuition.

“The university sets its tuition to ensure that the services and supports that we want to deliver made available to our students,” Ratner said. “That's only one source of information in a complex array of considerations that determine tuition.” 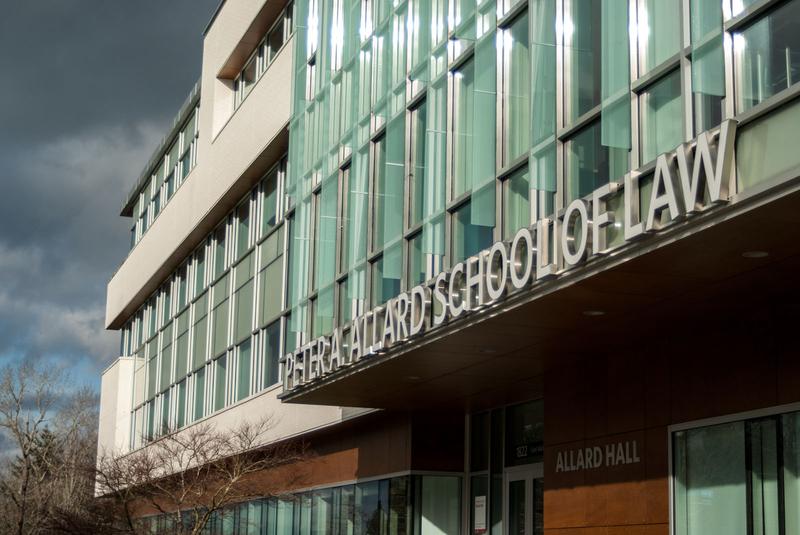