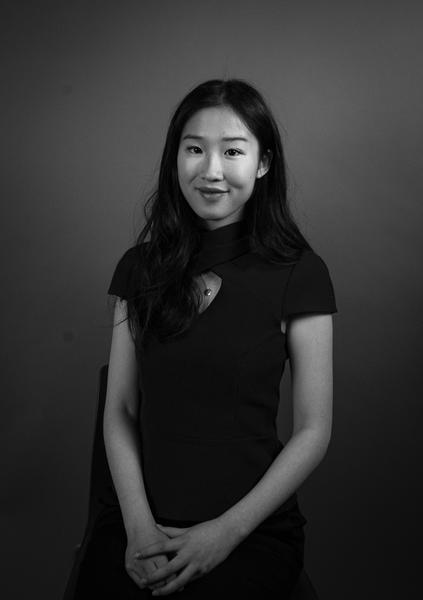 Ultimately, Liang said she was proud of the work done so far. File Elizabeth Wang.

When she began her second term as AMS VP finance in February, Lucia Liang set seven goals which revolved around her initial platform of “sustainability, affordability, transparency.”

While most of her goals are in progress, Liang has prioritized two over all others: COVID-19 financial security and the digitization of the club reimbursement process.

“As they got used to the new system, people were happy with it. We’ve been processing faster and faster,” said Liang.

Learning from her past, she said she’s eager to get feedback from clubs. She sent out surveys to club treasurers to assess their experiences with online reimbursement. Instead of a newsletter, Liang opted for response-friendly email exchanges with treasurers.

“People know there’s actually a real person sending this who’s focused on helping them. That was really helpful with addressing minor issues.”

In collaboration with the VP administration, Liang has created a code change which gives new clubs $500 seed money to kickstart their club. She is planning to switch constituencies' funding to RBC commercial credit cards. This launch will give clubs a larger credit limit and reduce out-of-pocket club expenses. She said that the launch may happen in spring because the current majority of club expenses are only for Zoom gift cards.

While Liang and her team negotiated a 30 per cent drop in service fees with Showpass, the AMS’s ticket sales contractor, negotiations of a new contract with Showpass that would allow more efficient financial transfers and training have been put on the backburner. She said that this wasn’t urgent in a pandemic, but the new contract may be published in spring since “it costs the AMS nothing to negotiate.”

Liang was also responsible for student subsidies, including the U-Pass subsidy and the health and dental subsidy. She said that she was “nervous” about the subsidy uptake.

“We’re all counting our pennies to make sure we can support ourselves,” she said. “[My team and I] had to come up with a very efficient system to ensure that these processes are secure and timely, but also that the documents are not requesting too much from students.”

Ultimately, Liang said she was proud of the work done so far.

She secured an additional $60–70 thousand in subsidies from the university for term two. An extra $20 thousand was approved for the AMS/GSS Health and Dental Plan subsidy program this year in addition to the $50 thousand that was originally allocated.

But Liang is also dealing with the $1.5-million overcollection in student health and dental fees in the 2019/20 school year. She clarified that it was a result of the five per cent projected increase of the insurance premium, which unexpectedly didn’t occur due to COVID-19. She published a survey asking students how to spend the overcollection, receiving over 500 responses within an hour.

“In a time like COVID, people’s needs are different and can’t be based on previous trends, so having this new data is important … With these options, we’re on the right track of doing the research for how to spend this overcollection,” she said.

The financial unpredictability COVID-19 caused — making the AMS short on funds — is why Liang hasn’t hired a financial analyst, one of her goals for this term. She stated that it would be “selfish” to do so as it could have a negative multi-year impact if the AMS goes into too large of a deficit at the end of the year. Depending on January’s financial reforecast, she may reverse her decision.

Liang extends this cautious, methodical approach to her role as VP finance, saying that she doesn’t rely on “flashy headlines.”

“My top focus is making sure the online reimbursements [and] subsidies are working well, assessing how subsidies can be increased and how I can get more money back to students who are in need.”