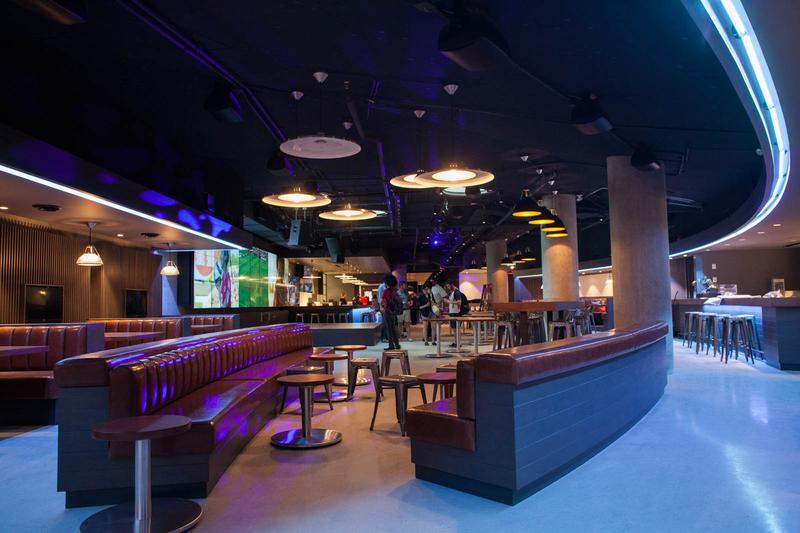 The AMS saw food outlets Pie R Squared, Ph T and the Pit performing 7.2 per cent, 27.6 per cent and 46.5 per cent worse than budgeted respectively. File Will McDonald

The arrival of new food spots on campus and a rising minimum wages have caused some AMS food outlets to experience declining profits, causing the society to rethink how it markets food to students.

Food outlets along University Boulevard — like JJ Bean, Nori and Uncle Fatih’s — and the recent re-opening of the Life Building, like Subway and Booster Juice, have brought new food outlets that are attracting students and taking away profits from AMS businesses.

At the beginning of this year, the AMS saw food outlets Pie R Squared, Ph T and the Pit performing 7.2 per cent, 27.6 per cent and 46.5 per cent worse than budgeted respectively.

The AMS is projecting a budget surplus of $127,000 for the 2018/19 fiscal year — a dramatic fall from the $552,000 surplus of the last school year — due to BC’s recent increase in minimum wage and new food outlets on campus cutting down AMS profits.

Entering this fiscal year, AMS VP Finance Kuol Akuechbeny said he will need to be careful moving forward due to more “competition than there used to be before given that we now have the Life Building and University Boulevard.”

Akuechbeny said the Gallery, Iwanataco and Blue Chip Cafe are businesses that are doing well, with each performing 41.5 per cent, 11 per cent and 15.6 per cent better than budgeted at the beginning of this year. While the AMS is focusing on maintaining the businesses they have instead of shutting down or opening new food outlets, he noted the society may cut the hours of the Pit 2.0 to be exclusively during its busiest hours.

“We are looking into making it open for Pit Night and times when people book it, rather than keeping it open all of the time,” he said. “The drinks offered in the Pit are also offered in the Gallery, which has a nice lounge that people prefer going to.”

Akuechbeny said the AMS plans to stay competitive by establishing a new point of sale system, with Staff training programs taking place since the summer to establish a more efficient system that will cut down time waiting in line. According to him, the system has been doing well to “help increase our sales because one of the things people don’t want is waiting a lot in line.”

Last year, previous VP Finance Alim Lakhiyalov considered the possibility of lowering food prices. Akuechbeny said that’s still on the table, but will currently keep prices “at about the same level, where the businesses are sustainable”.

The recent increase in minimum wage is also reducing AMS profits, which Akuechbeny plans to counteract by finding ways to increase their sales.

Due to rising minimum wages, “the cost of running the businesses increase and with our prices staying about the same, it actually is projected to reduce the contribution,” he said.

Along with the new point of sale system, the AMS is implementing redesigned menus and a new website to help increase their sales.

Overall, he isn’t overly concerned about the potential hit to their profits.

“When we have a contribution above the cost, we use that money to fund student services,” said Akeuchbeny. “We like to say that the money students spend at AMS businesses is like taking a dollar out of your right pocket and putting in it in your left pocket, because the money is coming back to you.”