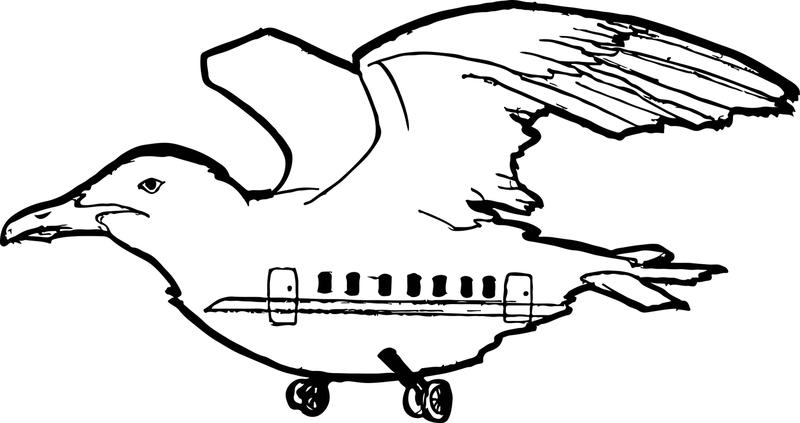 Researchers think that this finding can be used to improve the design of unmanned aerial vehicles. Yiyang Wang

Did you know that seagulls have elbows? Have you ever wondered if drones should have elbows?

Researchers at UBC have recently provided answers to both of these questions. You might have heard of the Altshuler Lab at UBC and its work with humming birds and locomotion. Their newest study looks at gulls and aerodynamics, a combination that suggests that flexibility is the future of wing design.

Christina Harvey, one of the study authors who just completed a master’s degree in zoology at UBC, started by working with gull wing cadavers and looking at the possible range of motion that the wings are capable of. “Ildiko Szabo at the Beaty Biodiversity Museum taught me how to taxidermy bird wings, which isn’t a skill I ever thought I would learn,” said Harvey, who specializes in aerospace engineering.

The researchers then tested the wing cadavers in a wind tunnel to observe how they reacted to different wind speeds. They also travelled around the Pacific Northwest coast, taking photos of gulls in different weather conditions to find out what the gulls were actually doing in flight.

The observational study found that gulls flex or “morph” the elbow angles in their wings when wind speeds and gusts increase.

Harvey explained this effect as a trade between stability and control.

“In calm conditions, gulls spread their wings to maintain static stability. In a windier environment, the gull needs more active control over their flight path and flex their elbow angles. We found that morphing the wing by flexing the elbow resulted in reduced static stability.”

Researchers think that this finding can be used to improve the design of unmanned aerial vehicles, more commonly known as drones. The next step for Harvey is to use comparative analyses of different bird species to identify the most beneficial aspect of wing morphing for drones.

When asked if she was would like to work with gulls again, Harvey admitted, “The gull is largely considered to be an annoying bird, especially because they are relatively talented at stealing food. However, I am interested in understanding these common and successful birds because perhaps they are the ones that can offer us robust ways to improve aircraft maneuverability.”