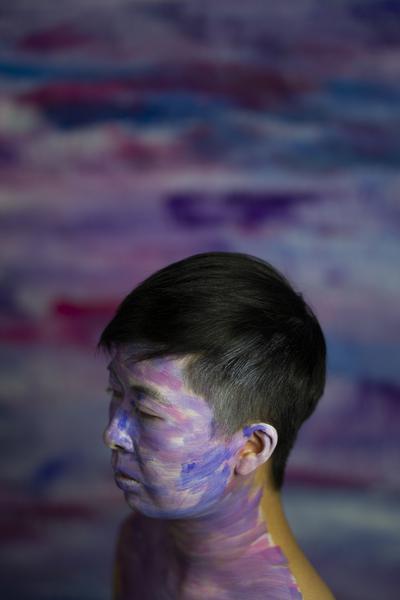 Mulan is about to be released in cinemas.

In the animated version of the movie, a girl goes to war instead of her father and grows up to be the best warrior in the nation. Many years later, after talking to my non-binary friend about the film, they told me that the film was revolutionary for them in terms of representing genderqueer elements. It was then that I realized, ‘Wow, there’s another way to interpret this work.’

My first impression of the story was very different from my friend’s.

This might not be very familiar for many Canadians out there — or even to some Asian Canadian folks — but the original story of Mulan is not a fictional story. Rather it’s a 400-word Chinese poem called 木兰辞, which was written almost 1,000 years ago. And just like every Chinese kid in the world, I was taught — actually demanded — to recite it at the age of five.

Every night before going to bed, my mom would come to my bed and read an excerpt of the poem. And even though an illiterate five year-old me couldn’t read all the characters in the poem, she made me repeat after her for a few renditions before going to sleep. When I was memorizing the poem, there’s one stanza that stuck with me. It says:

阿爷无大儿, (My father has no elder son)

木兰无长兄，( and I have no older brother to lean on)

愿为市鞍马，(I’ll buy a saddle and a horse)

从此替爷征。(to ride to the war in place of my father)

My mom would say your father also has no son, you are his only hope — don’t let him down.

Five year-old me knew little about the one-child policy or how it impacted our family, but I still managed to memorize the poem and recite it in front of a panel of judges from the best public elementary school in our town. This poem got me a spot in a Chinese literature-focused class in that school. But when I tried to recall the moment of getting into the class, I don’t remember the proud face of my dad.

It was because he wasn’t living with us at that time. Back then, my dad was serving for the country in a coastal town 90 kilometres away from our home. Every weekend, my mom would seat me in the front passenger seat, buckle in my seatbelt and drive across mountains with me sleeping by her side. By the time I would wake up, I’d see my father waiting for us under the national flag pole by the base’s training field.

My dad was always very happy when we were there with him. He would take us to the beach and catch crabs and marine conchs for me to bring back home as pets — although they all died within three days after living outside of the seawater.

Sometimes he would take us to office dinners with the army officials. These were normally men in their 30s, wearing olive-green t-shirts when they’re not on shift. We usually sat around a round table and in the middle of the dinner, the army officers would leave their seat and come to toast with us. This is when they’d start flattering each other. They’d say to my father every time at a dinner table was, “You have such a nice girl, would be even better if you could have a son.”

This is when my mom would stand up and say, “We’d love to, but the government won’t allow us.”

I’d get upset sitting in the back of the table, but my mom would tell me to shut up and smile.

I wouldn’t argue with her — I rarely do.

You need to have a son, this belief is rooted in a tradition over 2,000 years old. Older people often say, “There are three things which are unfilial and to have no posterity is the greatest of them.” Before the enforcement of the one-child policy, Chinese families would try their best to have a son to “inherit the name of the family.” That includes naming their daughter “招娣” (summoning a brother), “念娣” (thinking of a brother) or “想娣” (missing a brother) and to keep having children until the birth of a son.

Despite the enforcement of the policy, some Chinese families are still able to work around that. A wealthy family would either pay an extremely high penalty or give birth to their children overseas. A poor family would give away their female children or even kill them immediately before or after they were born. But violence towards girls is more than just this.

When I was older, after a big fight between my parents, my mom revealed a family anecdote to me: when I was born, my grandparents were thinking of sending me away to the countryside where I would be raised secretly away from my parents — so that they could try to have another son.

“Of course I refused to do that, I wouldn’t allow them to take my child away from me,” my mom said.

But even still, 17 years after I was born, my grandma would still try to talk me into convincing my mom to have “another son” every year when she came to visit. Every time, I would choose to be silent and smile politely at her. She’s a very nice old lady but born and raised during a time where having no son was considered to be the biggest sin a wife could commit.

I can’t imagine what my life would be without the one-child policy. But I know that when the policy was replaced by a two-child policy two years ago, my dad was immediately advised by all his male friends to have another one, particularly a son.

My parents never admitted that they want to have another son, although I’ve heard them talk about it a couple of times throughout my entire childhood. Growing up, the possibility of having a younger brother who would change my position in the family completely was my worst nightmare. Last year, I visited our ancestral tomb with my parents to give an offering to our ancestors. On the family book, I noticed my name was not on there.

Mulan, who went to war in place of her father, was never a warrior by nature. She was just being punished by a sin that she had never committed.