'Science is colonial': The complex history of scientific and Indigenous communities

Beyond the use of science to inform the exploitation of Indigenous communities, according to Ryan, many communities also struggle with having their traditional knowledge perceived as less valid than scientific knowledge.
Written by
James Vogl 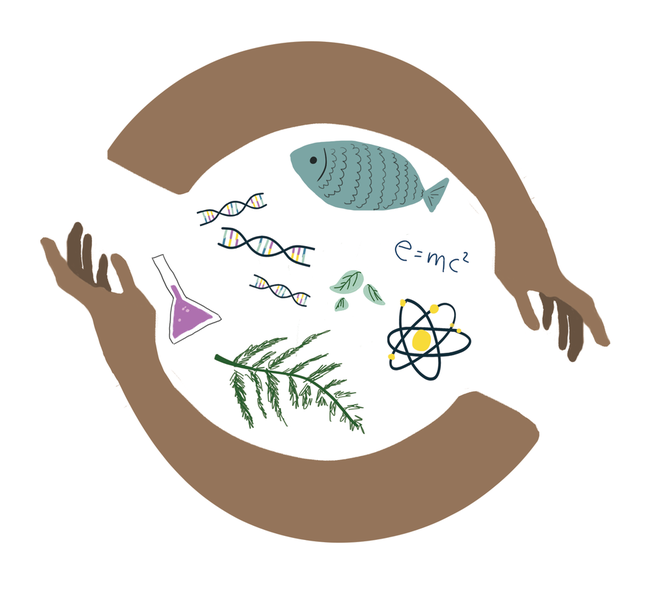 The relationship between the scientific and Indigenous communities has a turbulent history. This is especially true in countries that were built on colonialism, like Canada.

That painful history of exploitation can present a barrier to researchers who are interested in working with Indigenous communities and to members of those communities who are trying to share and act upon their own traditional knowledge. These opposing forces contribute to the perpetuation of the gulf between the scientific community — with its decidedly Western roots — and Indigenous communities.

A ‘painful and violent’ history

“Science is colonial,” said Dr. Teresa (Sm’hayetsk) Ryan, a postdoctoral teaching and research fellow in UBC’s faculty of forestry. She is a member of the Tsm’syen First Nations.

“It purports to be objective … [but] it tends to be used as a beacon to justify political will or political decisions, which is really frustrating for Aboriginal or Indigenous communities.”

Beyond the use of science to inform the exploitation of Indigenous communities, according to Ryan, many communities also struggle with having their traditional knowledge perceived as less valid than scientific knowledge. That traditional knowledge, developed over generations of experience interacting with the environment, is particularly undervalued by regulatory agencies involved with resource management.

“It’s not considered legitimate, it’s de-valued,” Ryan said. She has had first-hand experience with that de-valuation of traditional knowledge through her work studying the management practices for Chinook salmon fisheries.

“It’s difficult because here we are trying to increase our capacity in this field of science, and yet when we conduct the science, it’s still not held with the same rigour as the regulator’s science.”

Because of these conditions, it can be difficult to develop the trust necessary to conduct research ethically and effectively.

According to Dr. Janette Bulkan, an assistant professor of Indigenous forestry at UBC, some students have told her they feel like “lightning rods” for feelings of frustration, anger and pain over the injustices of colonialism, especially when they benefit from this system.

She emphasized the importance of starting from a place of awareness and honesty when it comes to researchers’ relationship with Canada’s colonial legacy. 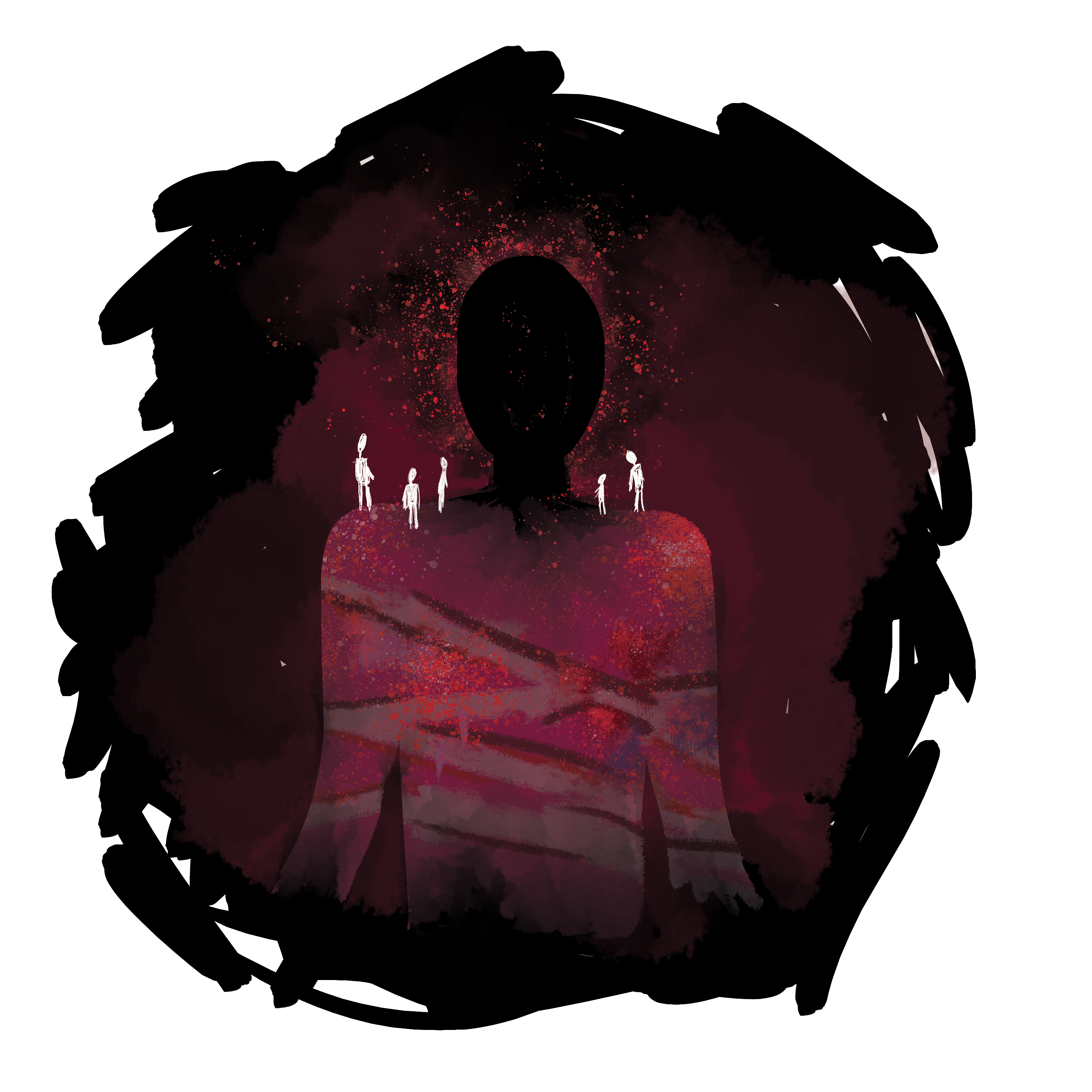 “We just don’t wander in there with this objective and neutral science,” she said. “We are standing on the shoulders of a history that has been painful and violent. The student often does not know the past experiences of the interviewees and their communities with individual settler and government agencies.

“Young people are very often not prepared for those sorts of dynamics.”

‘There isn’t a mechanism for us to apply our knowledge’

Overcoming obstacles presented by the scars of history is difficult. But there is also a wide agreement that seeking free, active and informed consent and observing principles of responsibility and reciprocity are important basic steps for anyone seeking to work with an Indigenous community.

The First Nations Information Governance Centre has articulated a specific framework for conducting research in First Nations communities. It emphasizes ownership over their information, control over the research conducted in their communities, access to data obtained through studying those communities and the physical possession of data.

Many communities also have their own specific ethical protocols like those laid out by the Six Nations Council, which represents members of the Mohawk, Oneida, Cayuga, Seneca, Onondaga and Tuscarora nations.

But Ryan expressed doubt that science and traditional knowledge will be able to coexist as true equals until Indigenous peoples throughout Canada are given equivalent jurisdiction to regulatory agencies when it comes to resource management.

“I think that it’s useful to have an awareness of differences and there are elements that can be exchanged — but right now, at least in Canada, there isn’t a mechanism for us to apply our knowledge and that’s frustrating. That’s really frustrating for communities.”

‘The most important part is the people’

Currently, UBC’s faculty of science is working to build connections with Indigenous

communities while students are still undergraduates, and incorporate Indigenous issues more fully into its curriculum.

“Right now, it’s been left in the hands of instructors, in giving them the freedom to try and incorporate that,” said Joel Liman, a senior advisor and recruiter for Indigenous students in the faculty of science. “Science is starting to come along on how to conceive some of those issues and I think the most important part is the people.”

He pointed to successful collaborations between Indigenous community members and the faculty of land and food systems, such as the Indigenous Health Research and Education Garden at the UBC Farm, as a potential model for other collaborations.

But as Bulkan noted, forming relationships of trust with communities — a process that necessarily takes time — can be difficult given the short-term character of many research grants.

“The difficulty in university terms is if you’re in graduate school, it’s expensive, your funding is probably for two years at the master’s level and four years at the PhD level. So to build a relationship, to build this respect with a host community, it is very difficult to be accommodated in these [grant] deadlines. This is quite different from students working from laboratory benches and computer models,” Bulkan said.

Ultimately, Liman said he believes one of the most valuable things that can be done to foster a better relationship between Indigenous and scientific communities is to increase Indigenous representation in scientific fields.

“That goes right back to getting more Indigenous youth who can speak the language of science as well as feel comfortable with who they are culturally,” he said.

Ryan agreed, but also stressed the need for opportunities for Indigenous students to put their education to use once graduated.

“There [have] to be the incentives that are attractive to students to pursue these kinds of opportunities, such as jobs in their communities,” she said.

‘They are right in our faces’

The path towards reconciliation is uncomfortable and painful, and it is similar to the path towards increased trust between Indigenous communities and the scientists who wish to work with them. But the issues it raises are real, relevant and more than just intellectual curiosities.

“It’s one thing to have goals and aspirations,” said Ryan, “but it’s another to take action and implement plans that are effective.”

“In terms of UBC and Indigenous peoples, I think these issues of the past and present misuse or uncaring use of Western science are not academic, they are here and now,” said Bulkan. “They are right in our faces.”