Be ‘really exemplary in some field’: How to get an honourary degree from UBC 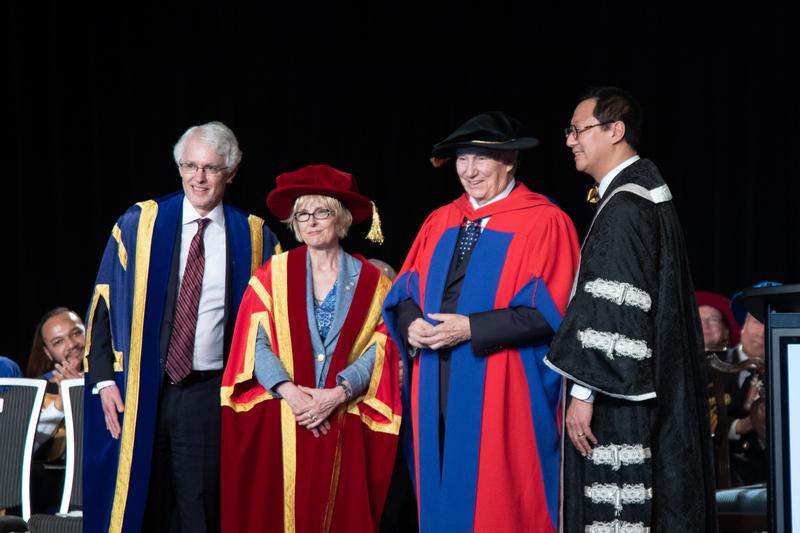 In October, UBC and SFU jointly recognized the Aga Khan’s philanthropy with honourary degrees from both schools. File Zubair Hirji

A diverse array of local and international leaders in various fields have received honourary degrees from UBC — but the careful deliberation process behind these awards often remains unseen to the public.

The main criteria is simply being “really exemplary in some field of endeavour,” said Senate tributes committee Chair Dr. Sally Thorne, adding that nominees don’t even have to be affiliated with UBC.

“By bringing them to our university, we are giving a bigger profile to the university and creating some excitement among students,” she said.

There are exceptions. The committee generally does not consider current faculty members and current political officials, or give awards posthumously.

According to Thorne, nominations for honourary degrees are open to the public all year up to September 30, when the committee's deliberation begins. While these meetings are confidential, successful candidates are usually “those that reflect genuinely spectacular and exceptional achievements … and would be predicted to generate widespread excitement within sectors of the university community.”

Thorne added that all nominations are seriously considered by the committee, as it tries to make the nomination process more accessible to students by not requiring an extensive submission for a nominee that doesn’t have a high public profile.

“Many of the nominations have come from students over the years — many of the successful nominations,” said Thorne.

The committee is also not afraid of controversial nominees, but Thorne was unable to give specific examples.

“We’ve had people over the years whose contributions have been in some aspects of climate change … [We] recogniz[e] that there might well be parts of the university including, donors and alumni, who might be quite upset that somebody who has protested deforestation, for example, might be honoured,” she said.

If a nomination is not successful, it still might see the light of day down the line.

Nominations are kept for a minimum of three years and can be brought up years later for a re-examination, such as in the cases of those whose careers becomes noteworthy years after their initial nomination.

In some cases like the Aga Khan, the issue simply comes down to their inability to attend UBC’s graduation ceremonies in November and May.

“[The] Aga Khan has been brought to our committee several times over the years, and the earliest one that I can identify is 2007,” said Thorne in a previous interview with The Ubyssey. “The issue was never that he was unwilling, but unable to come.”

Regardless of the timing, successful candidates are “thrilled” with their awards.

A truly exceptional day for me and my family. @UBC https://t.co/ZOLOU3rOsm

“I am absolutely thrilled and excited with this incredible honor. This is one of those moments where the gifts from the creator that we receive at birth come to a single point, and our value as human beings and people is acknowledged,” said Grand Chief Phillip in a media release.