'The university just waits us out': Student senators speak out on negative treatment in Senate 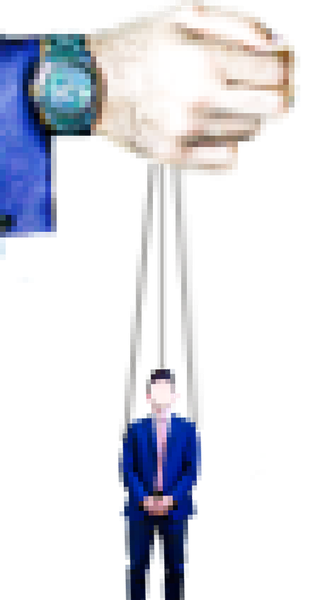 Last summer, at the July Senate meeting, student senators were told to stop talking so much.

In the middle of a discussion of the triennium review report, Convocation Senator Lawrence Burr raised his hand to say that while the discussion was important, students were “filibustering,” calling their words an “abuse of Senate’s time.” Burr has since apologized, writing to The Ubyssey that his comments were “poorly chosen” and that every senator is entitled to speak on every motion on the Senate floor.

However, some student senators say such treatment is common.

“We all make mistakes, but that outburst, the tone of that outburst and the overall underlying topic of that outburst is certainly not abnormal for the Senate,” said Dante Agosti-Moro, a third-year commerce student and co-chair of the Student Senate Caucus.

Eighteen students sit on the UBC Vancouver Senate, as designated by the University Act. The Senate consists of 88 people, filled by the university's deans, top administrators, faculty members and convocation senators. For years, students have been pointing out issues within the Senate and ways in which the body’s structure impedes student engagement.

Some student senators told The Ubyssey that they feel that they are not seen as equals on the Senate by some other members.

Agosti-Moro said that as a student on Senate, he witnesses “a consistent and constant infantilization of the student senators.”

Max Holmes, a student senator serving his third term, said other senators often portray student senators as a “monolith”. It’s also not a new issue — Holmes said senators for the past decade have endured the same treatment.

Julia Burnham, a student senator serving her second term, outlined the struggle to be seen as polite yet effective by other members of the Senate.

“In these spaces, you're operating under assumptions that to be polite, you must be passive,” Burnham said.

“If you're being passive as a student advocate, it means you're failing students, but if you approach it any other way, you're also failing to earn the respect of your colleagues.”

Eshana Bhangu, co-chair of the Student Senate Caucus and a first-term student senator, said that while she hasn’t faced a lot of trouble herself, it’s disheartening to see other student senators face an uphill battle.

“It can be discouraging at times, because you think, ‘Okay, should I go out there and really speak what’s on my mind?’” she said.

Some students say the challenges they face in the Senate body often create an unwelcoming environment around key issues students care about.

Holmes said he’s run into issues in his time on Senate getting people to accept sexual violence as a serious issue.

“As a survivor, I've been in the room and people have told me, ‘Sexual violence isn’t a serious issue, it’s not something that we need to put on the syllabus, it's not something we need to give people resources for advertising.’”

All of this comes with a caveat — all the student senators interviewed were quick to acknowledge the convocation and faculty senators that do treat them well and listen to them. But even those allies seldom stand up for students, according to Holmes. Notably, in the wake of Burr’s comments this summer, no one but students publicly condemned him.

Some senators said that this culture affects the kind of opportunities that students are given — specifically committee chair appointments.

Currently, three committees are chaired by students, although Holmes said each of those elections were uncontested and were for less consequential committee chairships.

“When it comes ... time to [elect] people into leadership positions for these committees, if there’s ever any faculty member who is willing to take that on, there’s a good chance that they are getting elected instead of the students,” Burnham said.

She said it was frustrating, because students, whether they are chairs or not, spend hours behind the scenes preparing for committee, but aren’t “trusted with the responsibilities” of leadership.

Holmes said he believes some senators might think students shouldn’t be chairs because they might only be around for one year. But he said this shouldn’t be a reason students aren’t elected.

Dr. Santokh Singh, an elected faculty member in the Senate, agreed that students should be able to be chairs — although he cautioned them of the high workload.

All these issues are exacerbated by the steep learning curve student senators face when they join the body.

“You’re coming in as a student with a first impression of, ‘Wow, this is a big body with a lot of people, many of whom have been on the Senate for … decades,” Agosti-Moro said.

“It's a large group of people with a wealth of knowledge, so to come in as a student ... it's a daunting task.”

Students spoke of the limits of the Senate’s orientations. Bhangu called the orientation informative, but “a bit outdated.”

Holmes called most of it “just not relevant.”

“If you as a student didn't receive any good orientations and you don't know how things were done, that can be an extremely frustrating thing to quickly be like, ‘This is a problem. Let’s try this,’ and then be told, ‘No, no, we do it this way.’ And you're like, ‘Well, I didn't know. No one told me anything,’” said former student senator Jeanie Malone.

This lack of proper orientations isn’t new — almost two years ago Malone brought up the problem on the Senate floor.

She was on one of the two appeals committees and said she felt very unprepared going into adjudicating student appeals with the little training and orientation available.

She worked with the ombudsperson and other student senators sitting on appeals committees and ended up reading out a list of her concerns on the Senate floor, proposing ways to diversify the committees and better prepare senators for the hearings.

Reading out her concerns on the Senate floor was unconventional, but Malone believes it was the only option she had at the time.

“The challenge of a slow moving organization and a one-year student term is you often end up feeling a little bit trapped by the structure,” Malone said. “So you can spend months and years talking to each individual committee, or you can ask the chair of the Senate to let you read something aloud on the floor.”

Following prompting from a triennial review report and heated discussion about mandatory training for the committees last summer, in January, the Senate established an ad-hoc committee to review student appeals procedures and structures. But training has still not been formally implemented for any committee.

Singh said the Senate should do more to prepare students to participate in all committees, not just appeals committees.

“A lot of time [students] come into the Senate subcommittees … without having much understanding about how the committee structures work,” Singh said.

The Student Senate Caucus works to bridge that knowledge gap by providing students with institutional knowledge from more experienced senators and sharing what’s happening in each of their committees, but students are limited by the fleeting one-year term, according to Agosti-Moro.

“It's tricky when our existence within the Senate is so temporary compared to the standard three-year terms for everyone else there,” Burnham said.

Reshape ‘from the ground up’

Students want change now. Agosti-Moro said that the way students are treated in the Senate is no secret.

“The president is aware, the Senate secretariat is aware, individual members are aware but … how do you fix such an issue?” Agosti-Moro said. “The only way for it to be solved is to reshape how the Senate functions from the ground up, and that’s something that doesn’t happen overnight.”

In a statement, Christopher Eaton, associate registrar and clerk to the Senate, confirmed that the university and Senate staff are aware of the frustrations and are committed to addressing them.

“Good governance requires that all members of the Senate feel engaged and able to lend their unique perspectives around matters under consideration,” Eaton wrote. He said the external review commissioned by the Senate in December 2020 will be “an important and necessary first step to supporting best practices around governance.”

The external review, Eaton wrote, will work to address the question of whether the structure and policies of the Vancouver Senate allow it to be an effective part of UBC governance, adding that it would address the internal organization of Senate resourcing, among other things.

However, Holmes said the external review is not meant to be a blanket solution to all of the Senate’s problems. He said the Senate should start now to make it a more accessible body for students to engage with.

The Student Senate Caucus’s triennial review submission is a good place to start, Holmes said. While some of their suggestions were accepted for the formal triennial review, others weren’t. Holmes said some of those could help address the Senate’s lack of student engagement.

“If we know there are good solutions out there to a lot of the different issues that we face in Senate, why wait three years to address them or have somebody outside the university to tell us we need to address them?” he asked.

Eaton acknowledged that there is work to be done in the short term.

“The university is working to improve understanding among senators to help solve some of the more pressing challenges around cooperation, collaboration and communications to support best practices in governance,” he wrote.

The student senators that spoke with The Ubyssey understand that the Senate is a slow-moving body and that this kind of systemic change would be a full-team effort.

Singh said he’s pleased with how students have stepped up, despite the challenges they face. “I think they have been instrumental in contributing a lot to the Senate,” he said. Burr wrote that he “fully supports” student participation in the Senate.

Burnham noted that it was reassuring that people are willing to listen to their concerns, something that she isn’t sure would have happened a few years ago.

“[Senate] is not wholly bad or toxic. We have allies. I’m so grateful for the compassion and care that they put in this work, and the real recognition of the student experience and the value of bringing student voices into the conversation,” she said.