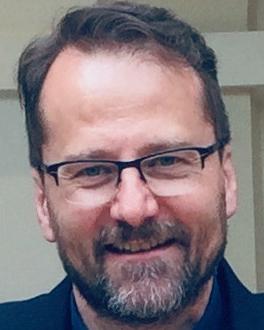 Watson put it plainly when asked why he decided to run. “Well, I care about community,” he said. Courtesy Richard Watson

Richard Watson is running for reelection to the University Neighbourhoods Association (UNA) Board of Directors to ensure traffic safety, improve land use planning and enhance connection, communication and programs in the neighbourhood.

Watson is a local minister, pastor and community resident of 15 years. As a current director on the Board, Watson said his two years of leadership experience in the church and the UNA sets him apart from other candidates. His platform focused largely on residents simply because he’s one of them.

Watson put it plainly when asked why he decided to run. “Well, I care about community,” he said.

He pointed to the importance of connecting community members, families and students through promoting positive social engagement, as well as enhancing spaces for gardening, raising children or staying healthy. According to his candidate statement, this means focusing on making community centres or access to amenities such as electric vehicle charging stations more accessible, or focusing on responsible landscaping, recycle and reuse practices.

Traffic safety is another important issue for Watson, who says traffic safety concerns are growing with the community population.

“We have lots of traffic,” said Watson, who wants to encourage alternative methods of driving such as commuting. “As a pedestrian and a cyclist, I worry about other pedestrians, cyclists and children.”

Watson also wants to make student engagement on the UNA easier, for example, electronic processed for voting in the UNA election.

He describes his platform as being “all about residents” and recognized that students are a part of that.

“Students don’t always have time to get involved because they’re very focused on their studies,” said Watson. “But if we could encourage and make it easier for them to be members of the UNA and participate as best as they could, that would be really important.”