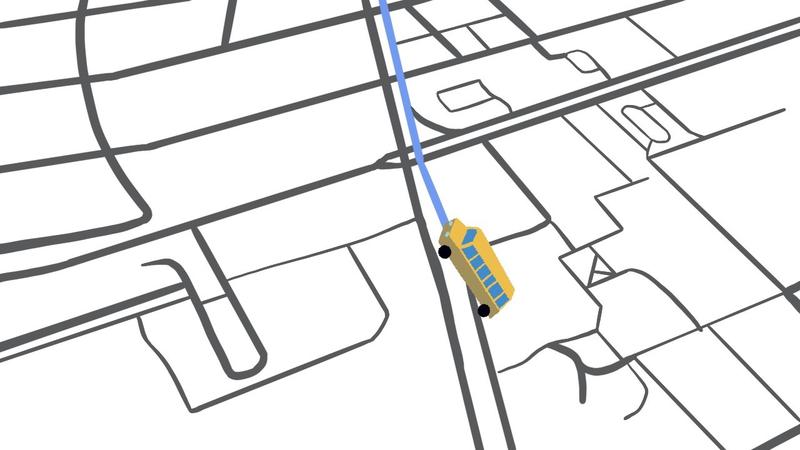 The accessibility and affordability of public transportation has always been an important issue for students, particularly those who attend UBC which is often described as a ‘commuter school.’ In 2019 — the last full year of in-person school — 54 per cent of all trips to and from campus were made on transit.

Despite the ubiquity of travelling via SkyTrains and buses, UBC students who don’t live on or near campus have faced long commutes and an overburdened transit system.

A study published in 2019 indicated that about one million Canadians suffer from transport poverty, which means suffering socioeconomic harm due to lacking public transportation access. This primarily affects rural areas and people living in downtown hubs, specifically in low-income neighbourhoods.

Transit agencies have been decreasing services due to low ridership, a trend the pandemic exacerbated. Greyhound Canada permanently ended all of its operations and services earlier this year, preventing many people living in rural areas from accessing jobs or services in cities.

The public transit system is plagued with problems like inconsistent funding, unaffordability and priority given to “car-centric” infrastructure.

So, what are politicians doing about it?

With the looming federal election, here’s a look at each of the four major party’s key policies relating to public transportation.

As the incumbent party, the Liberals have taken some action to expand public transit during its time in office. The party has invested over $13 billion in transit projects since 2015 and is pledging to invest another $14.9 billion as part of a permanent transit fund.

The Liberal Party said it would continue accelerating existing major public transit projects and strive for “better, cleaner transportation.” It is promising to fund the long-awaited Surrey-Langley SkyTrain extension — to which it recently dedicated $1.3 billion in funding — as well as an extension of the Millennium Line from Arbutus to UBC.

The Surrey-Langley SkyTrain extension has been in discussion since 1990 and is widely popular among Metro Vancouver residents. It is projected to serve 62,000 riders by 2035, with nearly half of those trips being taken by people switching from another mode of transportation to transit.

The Conservative Party’s official platform gave a single sentence to public transit: “We will immediately invest in projects that will put Canadians to work, cut commute times, and clean up the environment.” Every party except the Conservatives pledges to compensate for service cuts in rural areas.

In the housing section of its platform, the Conservative Party said that it would commit to building public transit infrastructure in populated areas and require federally funded municipalities to increase housing projects near transit.

Like the Liberals, Conservatives have also promised federal funding for the Surrey-Langley SkyTrain extension, but not in its official platform.

The Conservative Party’s policy intersection between climate change and public transportation can be found in its plan to create a Personal Low Carbon Savings Account, which Canadians would need to pay into every time they purchase a hydrocarbon product.

According to the Conservative platform, consumers would then “be able to apply the money in their account towards things that help them live a greener life,” like paying for a transit pass.

The Conservative platform also acknowledged that transit is not an option for many people who need to travel long distances or parents who need to work and tend to their children. It shifted the focus of its climate policy onto developing electric and hydrogen vehicles, calling them “essential to meeting our climate goals.”

The NDP plans to electrify public transit by 2030 by doubling current investments in the Canada Community-Building Fund and work toward eliminating transit fares for “provinces and municipalities that identify it as a priority.”

The NDP has already clashed with the Liberals on the issue of climate change and public transit. After NDP Leader Jagmeet Singh announced he would double current transit funding to electrify buses and other fleets, he said that current Prime Minister Justin Trudeau has failed to address the climate crisis.

Trudeau responded by saying that the NDP “weren’t even trying to be ambitious” with its climate plan.

Transportation currently contributes 23 per cent of total greenhouse gas emissions in Canada. Although the majority of these emissions comes from commercial vehicles like cars, planes and trucks, investing in electrified transit would likely reduce emissions and transportation spending in the long run.

A 2020 survey of more than 800 Canadians indicated that 80 per cent approve of the current government’s plan to provide municipalities with electric buses, an effort both the NDP and the Liberals support.

In several Canadian provinces, steps have been made to transition to zero-emission means of public transport, making Canada home to North America’s largest battery-powered bus fleet. However, problems with infrastructure and cost have slowed the transition.

To compensate for Greyhound’s service cuts, especially in rural communities, the NDP has promised to restore some cancelled services in under-serviced areas and develop a public inter-city bus system.

The NDP, like the Liberals, support creating a high-frequency railway route along the Quebec-Windsor corridor, which is the most densely populated area in Canada and restoring the Ontario Northlander train service, which it called on Dough Ford — Ontario Premier — to do in 2019.

Under the broader promise to “expand transit services and infrastructure,” the Green Party pledges that if elected, it will invest $3.4 billion annually into a permanent public transit fund starting in 2026/27, provide up to $720 million to develop or strengthen regional rail networks by 2024 and solve existing service shortfalls.

The Greens promise to establish a bus-rail grid that mandates bus companies to “deliver passengers to local rail stations” and abolish sales taxes for public transportation in rural and inter-city communities.

The party also included plans to make all public ground transportation carbon-neutral nationally by 2040 and build an electrified, high-speed rail in the Toronto-Ottawa-Montreal-Quebec City triangle and the Calgary-Edmonton corridor.

The Green Party claimes to support for city charters, which would give cities greater autonomy to fund transit projects.

“If cities are to have the tools needed to develop long-range plans for improved public transit and affordable housing, their decisions must be respected by provincial governments,” its platform said.