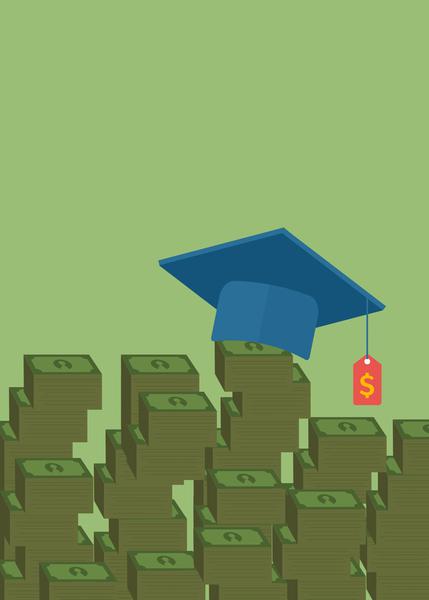 Compared to most other issues, each party has given considerably less attention to education affordability. Mahin E Alam

Universities are home to Canada’s youngest voters, and concerns regarding education affordability are a major talking point for post-secondary students come election time. While some aspects of education are under provincial jurisdiction, the federal government plays a key role in funding post-secondary institutions and providing student loans. The financial devastation caused by the COVID-19 pandemic has made the conversation surrounding education affordability all the more important and most of Canada’s major parties have plans to address student interests.

However, compared to most other issues, each party has given considerably less attention to education affordability.

“[Young people’s] experience[s] through the pandemic, obviously access to education, the current crisis around affordability and trying to get established in the labour market — all of those issues have not garnered any attention [during campaigns],” Katherine Scott, senior economist with the Canadian Centre for Policy Alternatives, told CTV News.

Amidst the pandemic, the Liberals waived interest on Canada Student Loans from April 1, 2021 until March 31, 2023.

For the federal election campaign, the Liberal Party wants to ensure that no student is deterred from pursuing an education because interest costs make it unaffordable. The Liberal platform promises to permanently eliminate federal interest on Canada Student Loans. The party claims that this will save the average borrower about $3,000 over the lifetime of their loan and benefit one million student loan borrowers.

The Liberals have promised to increase the repayment assistance threshold to $50,000 for Canada Student Loan borrowers who are single. In simple terms, this means that university graduates who are beginning their careers will not be burdened with the task of repaying their loans until they are earning at least $50,000 annually. In 2019, the Liberals promised to make the minimum repayment wage $35,000 annually, but the party has yet to follow through on this promise.

The Conservative Party does not explicitly mention education affordability in its platform.

Conservative Party Leader Erin O’Toole made various pledges specific to post-secondary students when running for party leadership. Namely, O’Toole previously mentioned granting tax breaks of up to $100,000 for new graduates in the first three years after graduation, were he to become Prime Minister. As well, O’Toole has suggested that students who enrol in engineering, coding or the skilled trades could enjoy up to $200,000 in tax breaks over a period of five years.

O’Toole has not mentioned student debt or post-secondary education affordability at any campaign stops.

The NDP is running on a platform of providing all students equal and equitable access to post-secondary education, identifying wealth and the ability to take on debt as barriers to individuals pursuing an education.

To address current student needs and concerns, the NDP has promised to remove interest from federal student loans and introduce a debt forgiveness program that would result in the cancellation of up to $20,000 in student debt.

The NDP has also pledged to work with provinces and territories to cap and reduce tuition fees and integrate post-secondary education into Canada’s public education system.

Ultimately, it is the party’s vision to move away from loans entirely, and instead, significantly increase funding towards Canada Student Grants.

The Green Party has a platform that promises to abolish tuition. Though they admit that this universally accessible system is estimated to cost over $10 billion annually, the party believes that it could be partially funded by the money that currently goes towards tuition tax credits and the administration of the current student loan system. The Green Party also wants to reinvest in the system by allocating $10 billion to post-secondary education and trade schools.

Like the New Democrats, the Greens are running on a platform of debt forgiveness, promising to cancel all federally-held student loan debt. The Green Party has also pledged to eliminate the two per cent cap on increases in education funding for Indigenous students.

The Green Party also wants to reintroduce a retroactive Canada Emergency Student Benefit (CESB) to guarantee students receive $2,000 a month from May 1, 2020 until the end of the pandemic. CESB originally ran from May 10, 2020 until August 29, 2020 applicants received $1,250 per month for a maximum of 16 weeks.